Here is why states must legalise land leasing

NITI Aayog’s policy paper on DFI and the published volumes of the committee on DFI of ministry of agriculture and farmers’ welfare have stressed on institutional and governance reforms as important components of government’s strategies to raise income of farmers in the country. 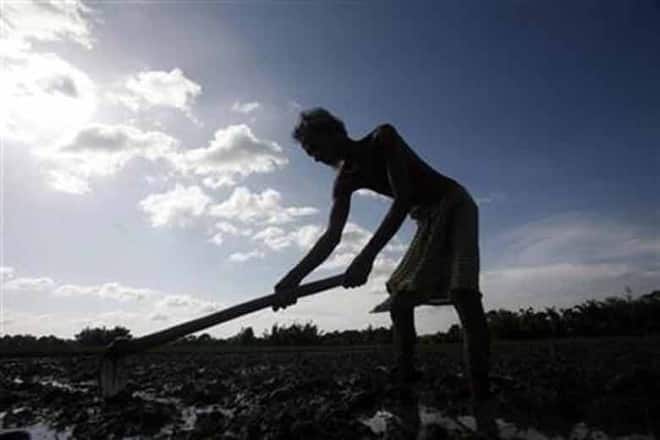 The “doubling of farmers’ income (DFI)” initiative of the Union government has brought many pending reforms agenda into focus. (Reuters)

The “doubling of farmers’ income (DFI)” initiative of the Union government has brought many pending reforms agenda into focus. NITI Aayog’s policy paper on DFI and the published volumes of the committee on DFI of ministry of agriculture and farmers’ welfare have stressed on institutional and governance reforms as important components of government’s strategies to raise income of farmers in the country. Unfortunately, two of the very important policies on agriculture marketing and land leasing have often been talked about in policy circles, but are yet to see complete adoption or effective implementation.

The government-appointed committee has clearly outlined that the DFI objective has to be achieved over a period of seven years (not five as often perceived) by taking 2015-16 as the base year. It is pertinent to further note that the government objective on DFI is to raise “real income” and not, “nominal income” of farmers. Studies have now revealed that a CAGR of 10.4% would be needed to achieve the desired target by 2022-23 (the present level of CAGR computed from 2002-03 to 2012-13 being only 3.5%). States like Tamil Nadu, Andhra Pradesh, Madhya Pradesh, Rajasthan, Haryana and Odisha have shown real-CAGR growth in farmers’ income beyond 5% in the referred period, Odisha having the highest of 8.3%. It is therefore not impossible to achieve DFI with a conducive policy environment and sincere implementation of the schemes and programmes.

The DFI committee report further estimates that an additional investment of `6.4 lakh crore (at 2011-12 prices) would be needed for agriculture sector till 2022. These additional investments are beyond the amounts given as subsidies (on fertilisers, power, water, etc) and loan waivers in few states. The extra investments are expected to be pumped in from both public sector and private enterprises (including farmers). A substantial share of these extra funds has to come from the government, both Centre and states (for creation of infrastructure like irrigation, roads, energy, etc, that support agricultural growth). The private sector investment has to come from the farmers themselves. Corporate sector contributions from agri-business entities and CSR funds of PSUs or private companies would come, but can’t meet the humongous demand.

There have been ample studies which have suggested direct linkages between tenure security and food security (Holden et al, 2016). Weak land rights lead to tenure insecurity that ultimately results in reduced land productivity because of poor land management and land degradation. Alternatively, ensuring land rights through a legal framework incentivises the cultivators (lessees/tenants/share croppers) to invest (and also conserve) in the land resources. Tenure security of cultivated land is thus an essential intervention to enhance food security. In the Indian context, research institutions/think tanks and economists have been often suggesting to legalise land leasing to attract investments from the cultivators and, thus, improve agricultural efficiency. Lease farming is now conclusively recognised as an “economic necessity” and no more a symbol of “feudal agrarian structure” that India inherited after Independence.

Land revenue, records as well as agriculture are state subjects. The legislations on land revenue matters including land leasing are diverse and complex across the states. While there is no legal ban on leasing in states like Andhra Pradesh, Tamil Nadu, West Bengal and Rajasthan, it is totally banned without any exception in Kerala. In Odisha, leasing out agricultural land is banned except by a person under disability or under a privileged raiyat. While laws governing land leasing in Indian states vary relating to restrictions, period of lease, tenant rights regulation on rent, etc, studies show that all these restrictive land-leasing legislations have led to informal or concealed tenancy without security of tenure. The land reform laws passed by state governments immediately after Independence aimed at abolition of intermediaries (under Zamindari, Ryotwari and Mahalwari systems), abolition of regulation of tenancy and redistribution of ceiling surplus lands, wherever applicable. However, all these reform measures could not impact the rural transformation positively as envisaged. Studies have established that insecure and informal tenancy adversely affected cultivators’ access to institutional credit, insurance and other support services. It is indeed alarming that 10-20% of cultivable land remains fallow across the country. Occupational mobility of landowners (potential land-lessors in a sound policy framework) is often suggested to absorb surplus workforce from primary sector into other employment opportunities. However, this desired objective has never been met in a restricted land-leasing regime, as fear of losing the land continues even today if the landowners lease their own lands (even after having record of rights) and migrate out for other activities. All these factors compound the non-realisation of India’s agri-potential.

Recommendations of the T Haque committee on land-leasing are very timely. The committee has suggested a model agricultural land-leasing law for adoption by the states. Unfortunately, the response of state governments has been very lukewarm thus far. In fact, these suggested reforms to legalise and liberalise land leasing would address many critical issues (much-needed investments in farm lands, insurance against risks like weather, etc) in a changing climate era. Interestingly, the model law does not specify the rent on leased land and the period of lease and has left it to the individual parties in the land-lease market (land-owner lessor and lessee cultivator) without any interference from the government.

Evidences from micro-level studies by the International Food Policy Research Institute indicate that closing gender gaps in agriculture not only helps advancing gender equality, but also affects agricultural productivity positively. Studies have shown that inclusion of women as co-owners lead to “improved security of tenure, agricultural investments and women’s involvement in food and agricultural decisions”. It will be progressive to recognise women’s land rights while taking forward the land reforms agenda.

While concealed tenancy is prevalent across the states, any further delay in legalising land leasing will impact agricultural efficiency, thanks to the want of private investments. Any meaningful decision on such a sensitive subject could only be possible if all the state governments are on board. There cannot be a meaningful outcome in the agriculture sector without active involvement and participation of the relevant departments/ministries of both the Union and the state governments. A meeting, at the level of NITI Aayog (chaired by the prime minister with state chief ministers and other experts in attendance), must discuss all such governance/agricultural reforms issues and prepare state-/region-specific strategies to achieve the DFI. Alternatively, a meeting of the National Development Council can also be convened to discuss the matter. This will not only bring seriousness amongst the policy makers at the highest level, but also instil confidence in the minds of 140 million agricultural households of India.