‘Aspirer’ states—particularly the northeastern ones and the UTs—can’t be left unattended. They need both hand-holding and mentoring. 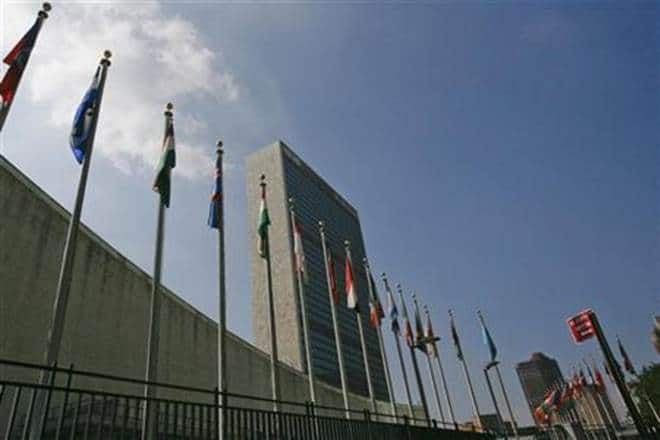 The 22nd report of the Analytical Support and Sanctions Monitoring Team was submitted to the UN Security Council Al Qaeda Sanctions Committee here.

The importance of country rankings is now ever-increasing. International rankings spur competition, and countries work hard to communicate their core strengths and excellence through the metrics underlying the ranking methodologies. For instance, India ranks 2nd in its population size and ranks 133rd on the happiness index of the United Nations. Likewise, ranks are also generated on commercial parameters such as size of the economy, growth, exports, imports and investment, on which India ranks 6th, 15th, 21st, 12th and 31st, respectively. Even further, international rankings are also available to reflect the collective business and regulatory environment across countries. For instance, India was in the limelight for its improving position on the World Banks’ Ease of Doing Business Index after it entered the list of top 100 countries in 2017. An improvement was also registered on the Competitiveness Industrial Performance Index of the United Nations Industrial Development Organisation, where India moved two spots up to reach the 39th position in 2015. The index measures the ability to produce and export competitively and to structurally transform.

Underlying the international ranks are the efforts of the national governments, which are often directed to achieve specific targets with a deep understanding of the policy instruments available within the country. In addition to setting the objectives and policy approach for growth, an equally important part of good governance is to enhance the monitoring and evaluation of its attempts so as to codify the experiences within real time. In India, the Business Reform Action Plan (BRAP) of the department of industrial policy and promotion (DIPP) is an ongoing example of implementation and monitoring of the business reforms at state level, feeding into the international ranking of the country. The first and annual ranks of the BRAP were released in 2015, and it has maintained its release date for three years in a row with the recent release
earlier this month.

The BRAP was initiated with the dual objectives of assessing the factors facilitating ease of doing business at a sub-national (state) level, and to provide a comparative status of the states. This is done through measuring the state involvement in the process of reform implementation. The states are scored on the number of reforms implemented from among the set of action plans specified by the DIPP for the given year. Over the years, the scope of BRAP reforms has widened to include more relevant reforms for business operations. But, more notably, DIPP introduced a new parameter for judgment this year— feedback. From 2017, the state ranks are determined on the performance feedback from the beneficiary of the reforms (business), in addition to the reform implementation as captured through self-declarations from the states. This year, Andhra Pradesh (AP) topped the chart of the feedback scores, also maintaining the lead in the combined scores based on implementation and feedback. However, AP ranked third on implementation, following Jharkhand and Telangana as the leading implementers.

It is noteworthy that the implementation of business reforms has intensified over time, indicative of the race to the top. By comparison with 2016, most of the 36 states scored higher in 2017. Punjab and Delhi are noted as two major exceptions, while insignificant decline in scores are noted for few eastern states. Notwithstanding the rigour of implementations, there remain leaders and laggards. Only 8 states are rated ‘top achievers’, having implemented more than 95% of BRAP reforms. The implementation scores of another 7 ‘achievers’ ranged between 90-95%, while implementation in the 3 ‘fast moving’ states has been between 80-90%. However, the implementation scores of the remaining 18 states have been much below 80%. These aspirers need to buckle up their shoes in order to move ahead in the race.

In industrial income, top achievers account for about one-third of total industrial income generated from manufacturing, electricity and utilities, and construction. The achiever states collectively account for the highest share (45.8%) of income from industrial activity while another 6.7% is attributed to the fast moving states collectively. The remaining 14.2% share in total industrial GSVA is attributed to the aspirers. Although, within the aspirers, the size of some states or UTs may be relatively small, but their dependence on the industrial sector calls for emphatic reform implementation by the respective governments, followed with effective monitoring and evaluation. Among the 18 aspirers, Goa, Jammu and Kashmir, Kerala, Mizoram, Pudducherry, Punjab, and Sikkim, have industrial dependence of more than 25% for their total incomes. The relatively low participation of aspirers in implementation (and the muted presence of business) also justifies them earning the lowest feedback scores; Punjab is the only exception with a feedback score comparable to some top achievers.

The aspirers include predominantly northeastern states which have a difficult and hilly terrain. However, the geographical limitations are perhaps not the only constraining factor for their relatively low share in total industrial income. This can be inferred from the better performance of other hilly states. Despite being hilly, both Himachal Pradesh and Assam attained implementation scores much above other states in the northeast by acting on 94.1% and 92.4% of the BRAP reforms, respectively. This is in sharp contrast to Sikkim which has a higher dependence on industry, but has not implemented significant reforms.

Overall, the BRAP scores indicate that the spirit of competition is in action, as seen from the intensified implementation of reforms. However, the aspirer states, particularly in the northeast and the UTs, cannot be left unattended. They need both hand-holding and mentoring to move up the ladder.