The 2016 Bill, viewed in the light of earlier versions, carries significant insights in so far as the future of dispute settlement is concerned 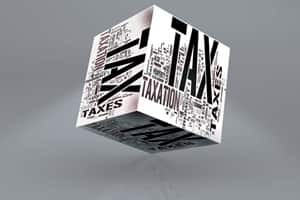 At the first meeting of the GST Council, states proposed certain formulae based on their revenues for calculating compensation while the Centre proposed compensating states if the revenue growth rate falls below 12 per cent.

India’s constitutional stipulations and judicially evolved tests such as the doctrine of pith and substance, doctrine of repugnancy etc. deliver upon a principle of non-encroachment by either Parliament or State Legislatures, for subjects ear-marked for each other. The 122nd Amendment to the Constitution to usher GST, however, could change such time-tested constitutional arrangements. Firstly, concurrent powers are envisaged for Parliament and the states to legislate on the common-field of GST, where constitutional jurisprudence is unprecedented. Secondly, such powers are meant to be acted upon the basis of the recommendations of a constitutional institution, i.e., the ‘GST Council’. GST Council empowerment is unique in India’s Westminster model of governance as only the elected representatives of the citizens have the sole prerogative to enact and frame the laws for their respective territories. The magnitude of change is further amplified since GST seeks to reinvigorate not just an indirect-tax paradigm right from constitutional foundations, but also its enforcement mechanism. Differences are, therefore, bound to arise in the course of implementation and hence, the need for a formal dispute resolution mechanism assumes significance. It is in this context, we debate the Constitution Amendment Bill of 2011, 2014 and the 2016 version which saw its passage.

The 2011 version envisaged setting up of an independent constitutional institution ‘GST Dispute Settlement Authority’ (GSTDSA) comprising of two experts from law, economic and public affairs and headed by a former judge. Under this Bill, the GSTDSA was to operate under a Parliamentary law to ‘adjudicate any dispute or complaint’ by the central or state governments with its jurisdiction limited to ‘deviation from any of the recommendations’ of the GST Council which ‘results in a loss of revenue’ for the central or state government or ‘affects the harmonised structure’ of GST. The 2011 version focused upon placating (manufacturing) states’ concerns on loss of revenue but little confidence was exhibited as they feared loss of fiscal autonomy. This seemed aligned to the constitutional scheme, where inter-state disputes or disputes between central and state governments are decided under a judicial process (by the Supreme Court) in exercise of its jurisdiction under Article 131 of the Constitution. Similar provisions exist for settlement of inter-state river-water disputes by way of adjudication by specialised tribunal (Article 262).

The 2014 version, however, gave a go to GSTDSA and instead stipulated that the GST Council ‘may decide about the modalities to resolve disputes arising out its recommendations’. It is noteworthy to observe that the membership of GST Council comprise of representatives of centre and the state entrusted with a policy-framing role in relation to the broader design of GST. In summary, the adjudicatory process (under the 2011 Bill) for settlement of GST-related disputes was replaced by a political process (in the 2014 Bill) in as much as GST Council is represented by the executive arm of governments. The rationale for such shift as documented in the 73rd Report of the Parliament’s Standing Committee (August 2013) notes that the GSTDSA was opposed by most states as they perceived GSTDSA ‘shall have powers of overriding the supremacy of Parliament and the state legislatures’ which in turn ‘shall affect the fiscal autonomy of the states’. There were arguments for and against GSTDSA on principles of natural justice ‘nobody should be Judge in its own cause’ so as to impress upon the need for such an authority. Despite an assurance from the then Attorney General ‘notwithstanding the decision on the DSA, the ultimate control over finance will always be that of the legislatures’, the standing committee in its wisdom recommended its omission from the GST design.

The 2014 version of the new government invited concerns (from the opposition) arguing that getting GST Council to decide on disputes will lead to ‘confusion’ and given the political complexities, ‘decisions will not be objective’. This was reiterated before the Rajya Sabha’s Select Committee. In 2015 interestingly, the Government represented before the Committee that the expression ‘modalities’ referred to in the 2014 version ‘could include any dispute resolution mechanism which could be negotiation, mediation, arbitration or even a judicial authority as deemed appropriate by the GST Council’. It was further submitted ‘GST Council shall … not be resolving the dispute but decide on the modalities for resolving the dispute’. The select committee relying on the basis that ‘the GST Council shall decide only the ‘modalities’ to resolve disputes, did not agree to recommend inclusion of Article 279B’ of the 2011 version, dealing with GSTDSA.

Amendments to the 2014 version, which have been accepted by Parliament, bring the 2016 Bill in sharp contrast to the 2014 version. It is now provided that the GST Council ‘shall establish a mechanism to adjudicate any dispute’ between the centre and the state or amongst the states, ‘arising out of the recommendations of the Council or implementation thereof’. Explaining the raison d’être of the change, FM Jaitley on August 3 reflected upon the agreement amongst the political parties and remarked ‘disputes would be resolved in the GST Council itself and if the Council cannot resolve’, it would refer the matter to an adequate Disputes Redressal Mechanism, which the Council itself would set up.

The 2016 Bill, viewed in the light of earlier versions, carries significant insights insofar the future of dispute settlement under the GST regime is concerned, besides highlighting finer nuances, which are yet to be crystalised.

Reflections on the current position

Firstly, the 2016 Bill obliges the GST Council to establish a dispute-settlement mechanism as contrasted from a mere enablement under the 2014 version. This will ensure that institutional disputes will be dealt with foreclosing the possibility of them being given a political burial. Secondly, the specific reference to ‘adjudication’ as the method for settlement has been restored in the 2016 Bill, whereas the 2014 version required the GST Council to ‘resolve’ the disputes. The adjudication process has its own sanctity and is usually associated with an objective outcome accompanied by reasons for determination. The adoption of an adjudication mechanism implies that decades of experience with the working of constitutional-adjudication mechanism can be usefully borrowed to fine-tune the GST dispute process. Lastly, given the reference to a ‘mechanism’ under the 2016 Bill and one of the finest Parliamentary debates recently witnessed, one can expect the GST Council to frame formal regulations, determining the exact contours of adjudication process. This is momentous forward movement from negotiation/mediation, and other related processes contemplated in the 2014 version, which could have been unwieldy with the centre-state disputes. The scope of dispute settlement in 2016 Bill is much wider compared to earlier versions. The 2016 Bill covers disputes arising not just out of the GST Council’s ‘recommendations’ but, also its ‘implementation’. This will cover most ground-level situations.

The 2016 Bill is a far improved version and sets the platform for realising the benefits of an adjudicatory dispute-settlement mechanism, without unnerving the states over perceived loss of fiscal autonomy. Former finance minister, P Chidambaram, dubbed the dispute settlement clause ‘constitutionally suspect’ as according to him, a rule of law (and not rule by law) regime warrants complete ‘regulations’ in place before the disputes actually arise. There are no two views on the principle of rule of law, an epitome of our Constitution. However, given the sense of urgency the government has reflected to set GST in motion, one can expect that the same urgency will be shown by the GST Council (as soon as it comes into existence) to put in place transparent regulations, delineating the procedure and mechanism for institutional dispute settlement.

In conclusion, it is heartening to note that the political class has risen above rank to set into motion a formal, and hopefully, an impartial third-party dispute settlement mechanism to resolve deviations in the GST design.