The draft National Education Policy “unequivocally commits to raising investment in education substantially—including a significant increase in public financial investment” and many experts would concur, especially on increasing public spending on school education. 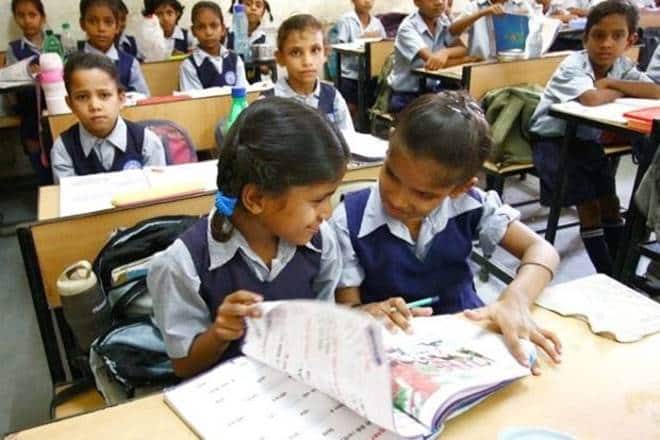 The FY20 Budget has the largest absolute outlay for school education in the past 11 years. If the sheer quantum of the outlay for a department were a metric of the importance that a government attaches to the former’s work, the Rs 56, 536 crore outlay in finance minister Nirmala Sitharaman signals that the Modi government is significantly recalibrating its focus on school education—NDA-II had drastically shrunk the allocation in FY16 (at Rs 41,798 crore), compared to UPA-II’s FY14 outlay of Rs 46,856 crore. The Modi government, in its first term, talked of reorienting the National Education Mission by focusing on school education in a holistic manner, under the Samagra Shiksha Abhiyan—earlier, the Sarva Shiksha Abhiyan targeted elementary education while the Rashtriya Madhyamik Shiksha Abhiyan targeted secondary education. Samagra Shiksha would lay emphasis on increasing digitisation in pedagogy, proper deployment of teachers, strengthening infrastructure and, most important, improving learning outcomes. Given how, as recently as FY18, just 63.14% of government schools had electricity connections, as per data from the Unified District Information System for Education, analysed by The Indian Express, Samagra Shiksha’s infrastructure focus should be some succour. But, the findings of ASER studies over the years and the National Achievement Survey (NAS) 2018 show that if the government—the Centre and the states—must spend on school education, it must allocate the bulk of its spending for improving learning outcomes—via “teaching at the right level”, with computer-aided learning and other such measures. NAS—that tested learning outcomes in English, maths, science, social science and Indian languages—found that while 64% of Class III students surveyed at state board, CBSE and ICSE schools were able to correctly answer a maths question, in state-board schools, it fell to 54% in Class V, 42% in Class VIII and less than 40% in Class X (except for Andhra Pradesh). For English, the corresponding figures were 67%, 58%, 52% and <42% (except in Manipur). Fanned by bad policy like the now-scrapped “no detention rule” under the Right to Education, school education has suffered from the disparity in learning levels within classrooms—this showed in the spurt in dropout levels in the higher classes; as per the HRD ministry’s Educational Statistics 2016, secondary dropout rate was over 18% while, at the upper primary level, it was less than 5%.

The draft National Education Policy “unequivocally commits to raising investment in education substantially—including a significant increase in public financial investment” and many experts would concur, especially on increasing public spending on school education. However, according to a 2014 study by the Accountability Initiative, while the median spending per elementary level student in government schools in 2011-12—this varied widely from state to state—was Rs 12,768, the private expenditure for students enrolled in private aided and unaided schools ranged from just over Rs 3,100 (Uttar Pradesh) to over Rs 11,120 (Himachal Pradesh).

Given private schools have consistently had better educational outcomes, to realise the learning outcomes that its is eyeing in the long run, the Modi government would do better if it were to subsidise private school education for those who can’t afford it—Jan Dhan and Aadhaar can make this easy, and efficient too.