Govt right to arrest farmers who plant illegal GM seeds, but what about its own role?

Govt wants to arrest farmers planting illegal GM cotton, but it did nothing when 35 lakh illegal seed packs were sold in FY18. 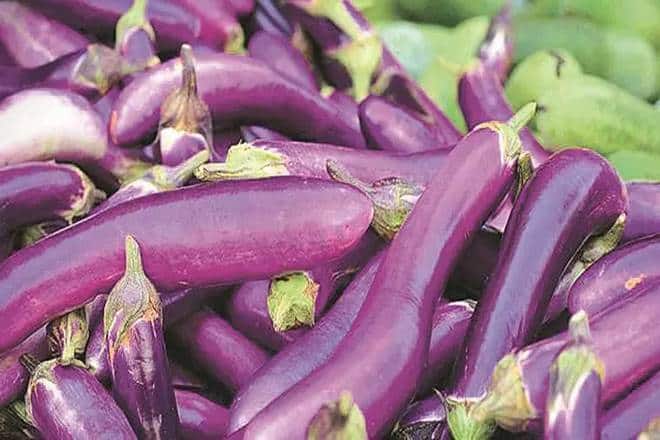 In the case of Bt Brinjal, it was after seven years of field trials and tests that the Genetic Engineering Approval Committee (GEAC), the highest body for certifying GM crops, approved its usage as fit for human consumption.

There can be little doubt that Shetkari Sangathana farmers sowing certain GM seeds—both Herbicide Tolerant (HT) cotton as well as Bt brinjal—are breaking the law since, as of now, these haven’t been approved by the government. But, while the state police have been quick to register FIRs against some farmers—based on a complaint made by the central government’s environment ministry—the central government needs to think about its own role in this sordid tale and how it has prevented Indian farmers from getting cutting-edge technology that farmers in other countries have access to; if farmers then chose to break the law to draw attention to their plight, they are not the only ones to blame.

It is important to keep in mind that this is not just a case of farmers being unreasonable while the government is in the right. In the case of Bt Brinjal, for instance, it was after seven years of field trials and tests that the Genetic Engineering Approval Committee (GEAC), the highest body for certifying GM crops, approved its usage as fit for human consumption. But with activists protesting, then environment minister Jairam Ramesh decided to hold back the approval in what he called the ‘public interest’. Bt Brinjal is approved for use in various countries, including neighbouring Bangladesh, and farmers benefit as they use less pesticides and have higher productivity; the fruit and shoot borer, the pest that is controlled by introducing the Cry1Ac gene in the plant, affects 30-50% of the brinjal crop and cuts pesticide use by 60%.

Given this history, and the fact that the apex body of scientists approved the crop, it is difficult to argue the farmers are in the wrong. And sowing seeds that are not approved is illegal, but given that no minister in the last nine years—Ramesh’s ban took place in 2010—has had the guts to lift the ban (in the case of the BJP, the Swadeshi Jagran Manch is opposed to GM crops), surely the farmers couldn’t have chosen a more effective way to draw attention to their problem?

Nor was this the only victory of the anti-GM brigade. A team of Delhi University scientists led by former vice-chancellor Deepak Pental developed GM mustard and the GEAC approved this in May 2017—so this was no longer a foreign company that had developed the technology and Pental was not even looking for royalty since NDDB had funded his research—but the BJP government has not cleared it for commercial use for more than two years now. If decisions that are to be taken on the basis of scientific tests are, instead, made on political grounds, why not abolish the GEAC?

In the case of HT cotton, the government’s actions have been even worse. In this case, the government cleared the use of the first generation of Bt cotton, and this resulted in a sharp increase in production and helped India become the world’s largest exporter of cotton. But after the BJP came to power at the centre—Bt cotton was a major reason for strong agriculture growth when Narendra Modi was chief minister of Gujarat—it decided to go after Monsanto, the primary supplier of GM cotton seeds. While few farmers were complaining about the price of Monsanto seeds—at that point, though, a few of Monsanto’s licensees didn’t want to pay it licence fees—the government fixed the price of the seeds and, within this, on the royalty that Monsanto could charge per bag; this was lowered again last March. An attempt was even made to cap the royalty Monsanto could charge, but though this was scrapped, the cotton seed price control effectively ensures that anyway. To top the government’s hostility, Additional Solicitor General Tushar Mehta even told the court that the patent the Indian Patent Office had granted Monsanto was illegal!

Not surprisingly, Monsanto decided to abandon its plans to introduce the next generation of seeds (including HT ones) in India; HT seeds do away with the need for labour-intensive weeding. Meanwhile, however, local seed companies started producing illegal knockoffs of these seeds. While the government initially suspected Monsanto was behind the illegal seeds, a body of experts was mandated to investigate the matter. The Field Inspection and Scientific Evaluation Committee (Fisec)—chaired by the co-chair of the GEAC—did an on-the-spot inspection of cotton fields and found that around 15% of the seeds being used in major cotton-growing states comprised unapproved HT ones. Fisec ruled out these seeds being sold by Monsanto on the basis of their genetic signatures and said that tests suggested some local seed firms were involved. The Andhra Pradesh government then found that several local seed-producing firms were involved in this and, in March this year,it suspended the licenses of 14 firms for a year; given the crime, the punishment does seem quite trivial.

If the central government didn’t take any major action after its own panel found evidence of large-scale selling of illegal knockoffs—against either those growing and selling the seeds or the farmers who used them till now—it is difficult to understand why it is pushing for action against the Shetkari Sangathana now. More important, it needs to answer why farmers should be penalised for its failure to approve world-class technology in time. If the government is forced to give an explanation for its anti-seedtech policies, the Shetkari Sangathana has done the country a big favour.