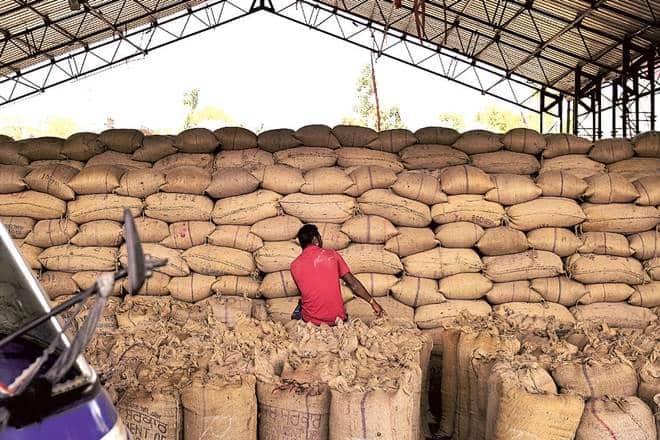 With growth rates plummeting to 4.5% for overall GDP and 2.1% for agricultural GDP (GDPA) in the second quarter of this fiscal year, everyone concerned with the economy is anxious and a bit worried. The moot question being asked is whether the Indian economy can be put back on its 7-8% growth track and whether agri-GDP can grow at least at 4%, if not more.

It may be noted that while the average rate of GDP growth in the UPA-2 and Modi 1.0 periods was 7.2% and 7.5%, respectively, GDPA growth slowed down in the latter to 2.9%, way below the 4.3% achieved during UPA-2. And, now that quarterly GDPA growth is hovering around 2%, it is cause for greater concern (see graphic). As agriculture still engages about 44% of India’s workforce—and if masses do not gain from the growth process, their incomes remain subdued—the demand for manufactured goods as well as for housing etc will remain low. This low demand in the economy is one of the prime reasons behind India’s great slowdown today.

Interestingly, during this slowdown, inflation has started surging after a long period of low inflation under Modi 1.0. Inflation is led by different components of the food basket—cereals, pulses, and vegetables—in the Consumer Price Index (CPI).

So, everyone is waiting to see how finance minister Nirmala Sitharaman can prop up the economy by boosting demand, without causing undue inflation (beyond the threshold level of 6% observed by RBI). Also, there is the challenge of not slipping on the fiscal deficit target of 3.3%, although the Comptroller and Auditor General (CAG) of India has already indicated that the real fiscal deficit in the country, if one accounts for the increasing loans being undertaken by many PSUs, is much more than this number.

Sitharaman has already announced an infrastructure investment package of about `102 lakh crore for the next five years, which implies more than doubling the growth in infra-investments from its current levels. The legitimate question being asked is from where the resources will come. The announcement does not unveil any clear strategy on the resource mobilisation front.

Here are my two cents on raising (saving) about Rs50,000 crore per annum to finance infrastructure projects without causing high inflation and without breaching fiscal deficit targets. I would submit that the FM and PM kindly look at the massive inefficiencies in the grain management system under the National Food Security Act (NFSA) to find the required resources.

The NFSA gives certain quantities of wheat and rice to 67% of the population at Rs2/kg and Rs3/kg, respectively, while these cost the Food Corporation of India about Rs25/kg and Rs35/kg, respectively. This led to a provision of food subsidy worth Rs184,000 crore in the Union Budget for FY20. Not many people know that FCI has pending bills of Rs186,000 crore, and FCI has been asked to borrow more and more to finance its operations. The grain stocks with FCI are more than even double of the buffer stock norms as on January 1 every year (see graphic).

The massive grain stock accumulation is the result of a highly inefficient food management strategy, wherein the procurement of wheat and rice (paddy) remains open ended, but disbursal is largely restricted to public distribution system (PDS). The open market operations (OMO) are much lower compared to what is needed to liquidate excessive stocks. We don’t have a clear strategy. And now, if the rabi procurement is good, FCI may not have ample storage space to accommodate this. The money locked in these excessive stocks (beyond the buffer norm) is more than Rs1 lakh crore. Even if the government decides to liquidate half of it, it can garner Rs50,000 crore to finance at least half of its infrastructure projects! We need a bolder move to reform our grain management system. There is no need to set up another expert committee for this. The blueprint for reforming grain management was presented to PM Modi by the Shanta Kumar Panel, whose report is on FCI’s website. Only three points from this report need reiteration:

1. While the poor under the Antyodaya category should keep getting the maximum food subsidy, the issue price for the others should be fixed at, say, 50% of the procurement price (as was done under former PM Atal Bihari Vaypayee for the BPL category).

2. Limit subsidised grain distribution under NFSA to 40% of the population rather than the current 67%. After all, we must ask: what is the poverty ration that cannot afford even basic food? Since 2011, when the number of poor as per the Tendulkar poverty line was 21%, the Indian government has not updated this figure. Time for the Modi government to tell the nation what the level of extreme poverty in India is.

3. Limit procurement of rice, particularly in the north-western states of Punjab and Haryana, where the groundwater table is depleting fast, and invite the private sector in grain management. If the government can implement just these points, it can save another Rs50,000 crore annually! Additionally, this will help the government reduce the fiscal deficit. And, if it liquidates stocks fast, it can contain inflation too.

Can the Modi government focus on reforms and implement them? Only time will show.