Going cashless: Bitcoin and blockchain why we have to swim in the cyber ocean

The entire money is now perched back safely in the cages of RBI as new notes. The so-called drive against corruption, black money, counterfeiting, terrorism and money laundering made us suffer. 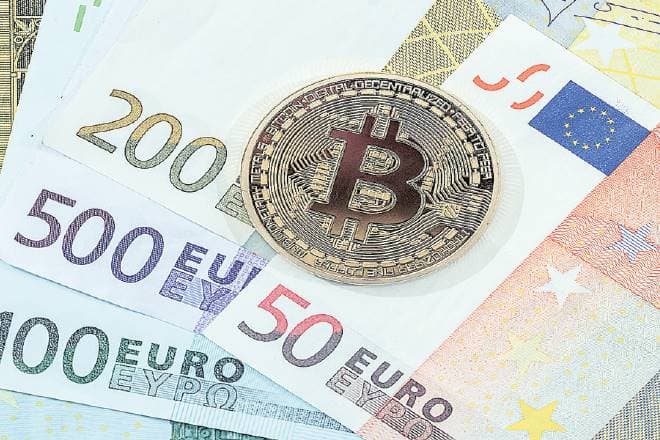 Hi guys, have you got bitcoins? Can I borrow a satoshi from you? If you don’t, tell me, where’ll I get it? Can you forget the twilight of November 8, 2017, when we all, including India’s billionaires, were made en masse almost equal with paupers by the demonetisation of currency notes of Rs 1,000 and Rs 500? The entire money is now perched back safely in the cages of RBI as new notes. The so-called drive against corruption, black money, counterfeiting, terrorism and money laundering made us suffer. Alas, the experiment is reported by media as a colossal failure. Let us believe that once tax sleuths complete the raids and scrutiny of income tax files, we may get to know the real benefits.

Also Read
Inside Track by Coomi Kapoor: From Nitish Kumar’s PM aspiration to Rahul Gandhi’s Bharat Jodo yatra
Why management is both art and science
Has Indian IT shot itself in the foot?
Linking rural producers with value chains

We have been reading that PSU banks are in a holy mess with NPAs. Bank frauds and hacking are everyday news. But why do we need a corrupt banking system? There are over 900 cryptocurrencies available as of July 2017 and still growing as new cryptocurrency can be created any time. Bitcoin is the most popular and the largest blockchain network, followed by Ethereum, Bitcoin Cash, Ripple and Litecoin. Suppose our tech-savvy PM introduces bitcoin or any cryptocurrency he fancies to do magic and blockchain technology for better transparency, shall we be able to swim through? Do you know what is a bitcoin? Where will you get it? How do you use it? In the digital currency era of blockchain technological revolution, do you want to be a big ignoramus? Bitcoin is the leading cryptocurrency based on the decentralised digital payment system without any intermediaries. An unknown programmer, or a group of programmers, known as Satoshi Nakamoto, fathered this digital payment system and released as open-source software in 2009; it is now trading at $76 billion at the NYSE—a market capitalisation higher than American Express.

Bitcoin is exchanged for other currencies, products and services. As of February 2015, over 100,000 dealers accepted bitcoin. A 2017 Cambridge University research shows 2.9 to 5.8 million use the cryptocurrency wallet. On August 1, 2017, bitcoin split into two, the classic bitcoin (BTC) and the Bitcoin Cash (BCH). The unit of account is bitcoin, represented as BTC, XBT and (U+20BF). There are small amounts of bitcoin called millibitcoin (mBTC). Microbitcoin is referred to as bit or satoshi, which is the smallest amount representing one hundred millionth of a bitcoin. Mining is referred to record-keeping. Miners maintain blockchain accurate and unalterable by validating and broadcasting transactions. The successful miner who finds a new block gets bitcoins as transaction fees. There are different wallets. Software wallets allow spending bitcoins. Internet services called online wallets are easier to use. The user must have complete trust in the wallet provider. Physical wallets, paper printouts, hardware wallet etc are used for keeping credentials offline.

In a 2013 report, Bank of America Merrill Lynch stated that “we believe bitcoin can become a major means of payment for e-commerce and may emerge as a serious competitor to traditional money-transfer providers.” Forbes said bitcoin was the best investment of 2013. The Wall Street Journal reported in April 2016 that bitcoin is more stable than gold. On March 3, 2017, bitcoin surpassed the market value of an ounce of gold. Some economists commented that bitcoin is a Ponzi scheme. Its legal status varies from country to country. Bitcoins were provided by MIT Bitcoin Club, a student-run club. In 2016, Stanford University launched a lab course on building bitcoin-enabled applications.

Blockchain Revolution is a book authored by Don and Alex Tapscott. In Wikinomics, Tapscott explains how the internet provides blockchain global platform for mass collaboration. The world will do business and everything using blockchain technology, with digital currency bitcoin. The blockchain technology acts on peer-to-peer transactions, eliminating all intermediaries like banks, keeping the information secure, anonymous, and validates and keeps a permanent public record of all transactions. The users’ personal information is private and secure. Every transaction is recorded in a global public ledger in millions of computers and made secure. It is authenticated, transparent, incorruptible and reconciled by mass collaboration and stored in code on a digital ledger. Trust is built into the system. Bitcoin is just one use of this disruptive innovation in computer science. The blockchain technology can maintain any legal document, deeds, marriage licences, academic degrees or birth certificates.

WWL, or the World Wide Ledger, helps you engage in smart contracts with decentralised autonomous organisations. The Internet of Everything requires a Ledger of Everything: the open source blockchain technology is distributed, global platform that has the potential to alter the way we do business. Tapscott argues that blockchain will lead to an era of prosperity, transforming finance, business, healthcare, education, governance and much more. The global digital distribution ledger called blockchain is based on trust, collaboration and transparency. Cryptocurrency has accuracy built in and it is impossible to hack, as hacking one block will not be sufficient and hacking millions of blocks is impossible. You can buy and sell cryptocurrency, all you need is internet. There is no fee. Once this efficient system takes on, banks will go out of business.

Blockchain is a combination of three technologies: internet, private key cryptography and a protocol governing incentivisation. In the case of blockchain technology, private key cryptography provides a powerful ownership tool that fulfils authentication requirements. In a nutshell, bitcoin was released as open source code, blockchain. Bitcoin was the first application of blockchain. Bitcoin is a cryptocurrency. The bitcoin blockchain is a database or ledger comprised of bitcoin transaction records.