Get the cost and risk mix right to attract investors

With China’s decreasing importance in global supply chains, being a low risk indexed location will allow India to win in global manufacturing stakes. 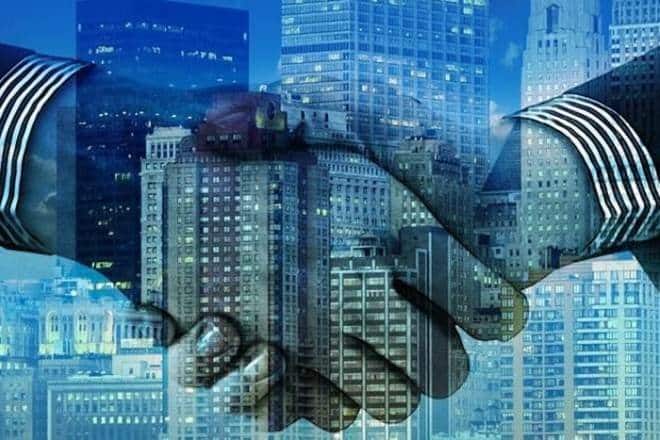 The opportunity for India and other developing countries stems from the view that for most investors in the west, ‘China risk’ has increased.

In a recent conversation, the CEO of a large Indian manufacturing company wondered whether India will again miss the bus on becoming a major player in global manufacturing stakes, or if it will grab the opportunity that the current crisis has inadvertently presented. He was referring to India missing out on the opportunities from the massive shift, in the 1990s and 2000s, in global manufacturing capacities, triggered by two developments. First, was China becoming part of a multilateral trading system when it joined the WTO. Second, was the growth of the internet which helped companies break up manufacturing steps and locate them in the most cost competitive locations around the world, and manage these global supply chains with real-time flow of information.

In 1990, the low-cost countries among the top 20 manufacturing exporters accounted for only 7% of global manufacturing exports—the rest was from the developed economies. By 2000, this had increased dramatically to over 33%, with China as the biggest beneficiary. India, it seemed, had missed the bus.

The CEO’s comment referred to the growing narrative that the geopolitical crisis and trade wars, which preceded the current pandemic but could get significantly accentuated by it, will once again lead to a wholesale transformation of global supply chains as western companies and those in Japan and South Korea either move out of China or put in place a ‘China plus one’ strategy. PM Modi and other Indian ministers have pointed to this opportunity, and exhorted Indian and global businesses to seize it, to make India into a global manufacturing hub. Media reports on financial incentives announced by Japan for Japanese companies to shift out of China is seen as an example of how a state’s industrial strategy will, and can be influenced by its geopolitics.

Also Read
The Adani crisis
A rate cut, but no dovish MPC
Globalisation and Gandhiji’s seven sins
Understanding the four Vs of operations management – volume, variety, variation and visibility

The underlying assumption of this narrative is that fragmented geopolitics, and its attendant costs and risks, will be the dominant factor in investment decisions as companies seek to de-risk their over exposure to China.

Before discussing what this means for India, let us understand what it means for supply chains on the ground. From a global company’s perspective, there are still many unknowns on how the geopolitics will play out and, depending on which part of the world you are coming from, the perspectives could be quite different.

For example, the geopolitical rivalry between say the US (or Japan) and China may not be viewed the same way as the one between, say, Germany and China. In today’s age of economic nationalism, it is quite likely that each country will look at its industrial, trade, and FDI strategy basis its own costs and benefits. Also, given the long-cycle nature of manufacturing investments, and the fact that global supply chains evolve over decades and not months, companies are going to take a highly considered decisions about whether to shift their capacities—and if yes, to which location(s).

So, to attract more investments to make India a more attractive FDI destination, we have to understand the decision making process of global firms, and also what has changed for them in this new global dynamic we face today. For the owners of capital, whatever be the geopolitics and role of the state, one principle is paramount—the internal rate of return (IRR), basis the costs and the risks, as the key basis for their investment decisions, which, in turn, shape global supply chains.

In the last two decades of the 20th century, a (relatively) friendly geopolitics-driven multilateral system had reduced the risks and, thus, cost economics had taken a primacy in investment decisions. In turn, new technologies and their impact on costs across the manufacturing processes, and on competitiveness and productivity in a country, had influenced the attractiveness of different nations.

Today, in a world of competitive geopolitics and state dominance, risk, from the investors’ perspective, is increased enormously and become as important a criteria as cost economics in calculating IRR. some of this risk can be quantified and has to be factored into calculating the IRR, while other parts may be difficult to incorporate into such calculations and will have to be based on the judgment of the leadership team.

The opportunity for India and other developing countries stems from the view that for most investors in the west, ‘China risk’ has increased.

What should be India’s strategy to translate this opportunity into new investments and jobs on the ground? To answer this, let us understand why we missed the bus in the first place, and what will enable us to win in this new geopolitics-influenced global business environment. In the 1990s and 2000s, despite all the stated advantages—large domestic market, low absolute labour cost (Rs/hr), democracy, stable judicial system, etc—global firms chose to invest in China and, more recently, in Vietnam, Philippines, and Indonesia, as these countries were more competitive on the total cost of doing business (CoDB).

India, with its labour policies, low productivity growth, weak infrastructure, and poor ease of doing business (EoDB), didn’t fare well on this index. For example, weak infrastructure and poor EoDB made logistics costs (as percentage of sales) in India one of the world’s highest. Many elements of CoDB have been improved under NDA governments, and remain in focus, but there are still gaps that have to be addressed to make India as, or more, attractive as other south-east Asian countries. This is necessary to even participate in the global manufacturing stakes.

But, it is not enough to win. As we saw earlier, the fundamental change in calculating IRR today is risk and, to win, a country will have to deliver against this imperative also. Risks can arise from a whole range of issues, of which four broad areas are the most prominent: (i) uncertainty and delays in acquiring land or getting approvals; (ii) stability of policies on tax and their future interpretation; (iii) security environment, enforcement of contracts, and length of judicial processes; and (iv) more recently, uncertainty on laws to deal with cross-border data and digital transaction flows.

While some of the recent experience in India on these risk topics is mixed and may be seen as challenging by foreign investors, it also presents an opportunity for India, with its long history of stable institutions and governance, to craft a strategy to have the lowest risk of doing business (RoDB) among its competitor countries for FDI. This can be our unique right to win.

Clearly, we are entering a new normal for global supply chains where cost economics and risk will be equally important. With China becoming a high risk country for many supply chains, other developing countries have an opportunity to become the next preferred destination for investors. Having the best CoDB is the ticket to play, but may not be enough. Having the best ‘risk indexed lowest cost location’ will give India both the ticket to play, and the right to win in the global manufacturing stakes.