From when PM Narendra Modi ‘snapped’, and how Smriti Irani stole the ‘Rakhi’ limelight; an insider’s account

With Foreign secretary S Jaishankar set to retire in January next year, speculation has started on whether, post-retirement, he will be part of the National Security Council and take on some of the responsibilities of the national security adviser. 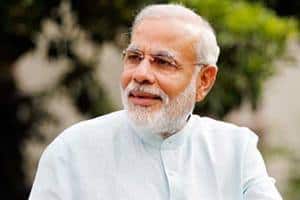 "I felt a sense of pride when I heard the praise of people of Kerala for their hard work and dedication," the Prime Minister added. (Source: Reuters)

With Foreign secretary S Jaishankar set to retire in January next year, speculation has started on whether, post-retirement, he will be part of the National Security Council and take on some of the responsibilities of the national security adviser.

NSA Ajit Doval is not likely to yield any part of his turf easily. Unlike one of his predecessors, MK Narayanan, also a former police officer, Doval does not confine himself to internal security matters alone but considers himself an expert on foreign policy as well.

In fact, at present, he seems to have more of a say in issues relating to Pakistan and Nepal than the ministry of external affairs. Doval is believed to have persuaded the Prime Minister to slip in the controversial reference to Balochistan in his Independence Day address. It is part of his strategy of offensive-defence.

Perhaps he was annoyed because a month earlier, revenue service employees in Mumbai had passed a resolution against revenue secretary Hasmukh Adhia, one of the PM’s most trusted officers.

Tax officials had claimed Adhia was interfering unnecessarily in their work—he had demanded projections of revenue collections and other details concerning recovery to make the system more transparent.

At the meeting, a member of the board felt that prices were likely to rise in the first year after the introduction of GST and stabilise only after the second year.

Another suggested that there could be a hike in service rates. Officials were taken aback when Modi snapped at them: “Garib ki thaali mein farak nahin padna chahiye (Whatever you do, the poor should not be affected).”

Although Assembly elections are to be held in some months in Uttar Pradesh and Punjab, the Congress headquarters at 24, Akbar Road, seems dormant.

The usual crowd of ticket-seekers making the rounds of the offices of senior central leaders is missing. Aspirants for a Congress ticket from Uttar Pradesh do not bother with the stalwarts from their state in the Delhi office, aware that those who will take a call are elsewhere, such as star pollster Prashant Kishor, chief ministerial candidate Sheila Dixit and PCC chief Raj Babbar.

On Rakhsha Bandhan day, textiles minister Smriti Irani received much publicity and applause as the first woman minister to visit the Siachen glacier, at a height of 17,720 feet, and tie rakhis on scores of jawans.

Unnoticed by the media was the fact that on the same day, the defence ministry had arranged for minister of state for commerce Nirmala Sitharaman to visit distant Lumla in Tawang district of Arunachal Pradesh on the Indo-China border and tie rakhis. Sitharaman did not have a PR agency at her command to disseminate the news.

A revelation in Sharad Pawar’s autobiography On My Terms has escaped notice. Pawar recounts how, when he took over as Maharashtra chief minister for the fourth time in 1993, the Mumbai bomb blasts took place. Pawar was anxious to avoid rumour-mongering and help restore calm.

To prevent the blasts from taking on a communal hue, Pawar announced that 13 explosions had taken place, when, in fact, there were only 12.

He slipped in the name of a Muslim-dominated area though nothing had happened there. Pawar’s white lie has become part of history and even today, Google and other reference sources list 13 explosions in the Mumbai bomb blasts.

Social media had a field day making fun of Madhya Pradesh chief minister Shivraj Singh Chouhan for his photograph that showed him being lifted like a sack of potatoes by his security staff while crossing a pool of water in a flood-hit region of the state.

But poor Chouhan is not at fault. He wanted to cross the overflowing drain on his own, but his security staff refused to allow him to wade through the water.

They were responsible for his security and felt there was a danger of him being bitten by scorpions or other insects.

In fact, Chouhan took the initiative of visiting and personally supervising flood-relief measures in far-flung parts of Madhya Pradesh, including Rewa and Satna, when the monsoon was at its worst.