From Rs 700 cr in FY06 to Rs 35.2k cr in FY16 – Gujarat’s growing popularity in IT is evident from rising investments 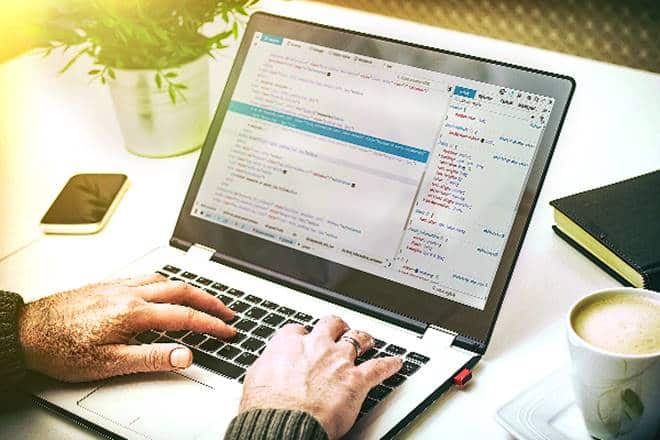 In a move aimed at catapulting the information and communications technology (ICT) sector into rapid growth orbit, the Gujarat government has accorded industry status to the somnolent sector. A late bloomer in the IT space, Gujarat is now readying itself to play catch-up with early birds Karnataka, Andhra Pradesh and Maharashtra in the IT sweepstakes.

The state has already covered significant ground over the past few years, with the result that while Karnataka stands head and shoulders above other states (with about 24% share in the total outstanding investments attracted by the IT sector countrywide), Gujarat now stands second with an impressive 16% share in terms of total outstanding investments.

Says Vivek Ogra, the chairman of the Gujarat Electronics & Software Industries Association (GESIA)—the IT association that represents the ICT industry of Gujarat and works in partnership with the Gujarat government for the promotion of the sector: “With the IT and ITeS (IT-enabled Services) sector now being accorded industry status, the dynamics of the industry will transform as it would be bracketed with manufacturing as a high performing sector.”

Also Read
Understanding the four Vs of operations management – volume, variety, variation and visibility
Evaluating Mintzberg’s 10 schools of thoughts for strategy formulation
Crisis in Pakistan
The G20 Presidency a big deal for India

The industry tag will also lead to investments by the state government in the creation of long-term infrastructure, IT parks and educational platforms for professional management, training and development.

But would Gujarat just end up aping Karnataka as a service-driven IT hub? Jaimin Shah, the chairman of NASSCOM Domestic Council, refutes this strongly. “We should stop looking at others as benchmarks. If Karnataka and other first-mover states have succeeded in making it big on the back of service-driven IT, we in Gujarat are hoping to lead the second round of growth in the sector as a products-driven industry.” Shah, who is also the MD and CEO of Dev IT—a relative newbie that is making a big splash in this arena—is leading from the front. “Gujarat is uniquely positioned to become a leader in the Internet of Things (IoT), artificial intelligence (AI), machine-to-machine (M2M), robotics and Industry 4.0-based ecosystem as it has the inherent strength of being the biggest SME industrial ecosystem in the country,” he asserts. Currently, the state accounts for over 5,500 ICT companies, of which 60% are SMEs, 30% medium enterprises and 10% large enterprises. Shah also believes that an added strength Gujarat has over Karnataka is that while the latter is a largely Bengaluru-centric IT hub, in Gujarat IT clusters are spread across the cities of Ahmedabad, Gandhinagar, Vadodara and Surat. He exudes confidence when he asserts that “the IT industry could very well be the next hub-and-spoke knowledge corridor for Gujarat.”

The state’s growing popularity in the IT space is evident from the fact that investments have increased from a meagre Rs 700 crore in 2005-06 to a whopping Rs 35,200 crore in 2015-16, clocking a decadal CAGR of almost 48% compared to the national sector decadal CAGR of a modest 17%. Interestingly, Gujarat’s IT industry, with its predominantly exports-driven ecosystem and product-oriented focus, is already contributing significantly to India’s overall export dominance on the IT turf globally. The state’s software exports alone are upwards of Rs 2,200 crore annually and it is also a prominent sourcing destination.

Ogra attributes the impressive growth of IT/ITeS enterprises in Gujarat to the growing popularity of tier-2 and tier-3 cities that are “increasingly gaining traction among IT companies owing to availability of cheap labour, affordable real estate, favourable government regulations, tax breaks and SEZ schemes facilitating their emergence as new IT destinations.” But here, too, Gujarat has a distinct edge. Home to established pharmaceuticals, healthcare, petrochemical, engineering, automotive, jewellery and diamond clusters—which have been traditional growth sectors of Gujarat—Ogra views these clusters as the big business opportunity for the state’s fledgling ICT sector and a win-win opportunity for all as they bring with them economies of scale and mutual dependence. “In order to remain competitive, all these industries must adopt IT for digital transformation. The recently accorded industry status will enable the IT sector to become the proverbial catalyst spurring further growth, even while the captive market of the existing clusters will propel its own growth,” he elaborates, adding that “the cohesive and complementary relationship with local and domestic industry sectors will result in unlocking of domestic business potential for all the players.”

With so much going in its favour already, Gujarat is all set to emerge as an IT hub in the coming years. Already on the anvil are plans to develop a Gujarat technology hub in Ahmedabad. Spread over 37 acres, the proposed park would provide plug-and-play facilities for those desirous of setting up their bases here. Over 60 ICT companies have submitted EOIs and scores more are expected to follow suit. Signing off with a flourish, Ogra quips, “If we could achieve pole position in pharma and auto sectors, we can surely make IT the highest performing industry.”