To curb NCR air pollution from stubble burning, the govt should incentivise Punjab and Haryana farmers to switch from paddy to corn. 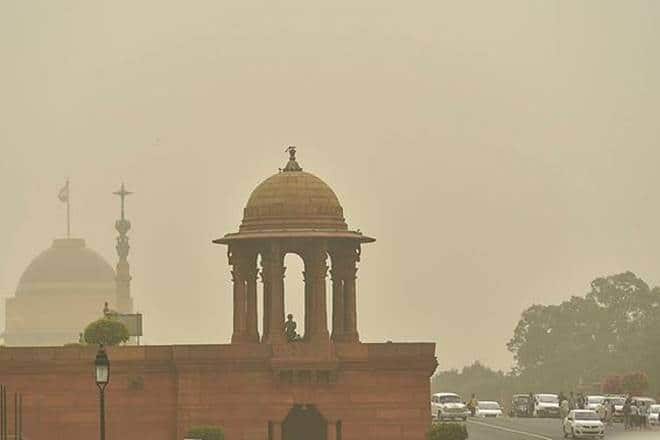 To Curb NCR air pollution from stubble burning, the govt should incentivise punjab & haryana farmers to Switch from paddy to corn

As the Air Quality Index touched emergency levels, the Supreme Court came down heavily on the Chief Secretaries of four states—Punjab, Haryana, Uttar Pradesh, and Delhi—saying that they have failed to give Delhi residents clean air to breathe. One of the factors to which the smog in Delhi is being attributed is the burning of paddy stubble in adjoining states, especially in Punjab. The judges asked the Punjab Chief Secretary to pay Rs. 100/quintal to farmers as an incentive not to burn stubble. Also, mechanical solutions, such as subsidising Happy Seeders, are being talked about. All these seem to be scratching the surface of the paddy problem, which has deeper roots.

The problem is much deeper than stubble-burning, and its solution does not rest with the Chief Secretaries of these states. It rests with our political class, at the Centre as well as in these states, as it is the elected representatives, and not the bureaucracy, that make policies for grain management.

The Punjab-Haryana belt was never India’s rice belt before the Green Revolution. Punjab was known for ‘makki ki roti and sarson ka saag’, but now, it is rare to see makki (corn) in Punjab. Much of the kharif area is under rice—about 3.1 million hectares (ha) in Punjab, and another 1.4 million hectares in Haryana. This is wreaking havoc on the groundwater table, which has been depleting at about 33 cm each year. More than three-fourths of the blocks in Punjab are over-exploited. The bottom line is that paddy cultivation in this belt is against the natural endowment of water. In order to save water during the peak summer season, the Punjab government passed a legislation stating that no one will sow paddy before June 15. This pushes the harvesting period to late-October to mid-November, leaving very little time for the sowing of rabi crops, mainly wheat. So, in a compressed season of harvesting paddy and sowing wheat, farmers rely on harvest combines for the former. This leaves paddy stubble on the ground, which farmers then farmers burn to move quickly to sowing wheat. Farm labour has become expensive, especially during the peak season.

The question one needs to ask is why Punjab and Haryana have gone, in a big way, for paddy cultivation when their water resource endowment doesn’t align with the crop’s requirement. Remember, one kilogramme of rice requires about 5,000 litres of irrigation water in this belt. And, the natural rainfall is too little for it. Farmers go for paddy as it gives them higher profits compared to crops like corn. The key reasons for that are two fold: (a) massive subsidies on power by the state, and fertiliser subsidy by the Centre; (b) assured procurement of paddy by the state agencies on behalf of the Food Corporation of India (FCI).

What is needed is to move about two million hectares of rice area from this belt to eastern parts of the country, where water is available much more abundantly. The basmati area in this belt is about 1.2 million hectares, and produces 4.6 million tonnes of basmati. But, the value of basmati is almost three times higher than that of common rice, and much of that is exported (see graphic). So, Punjab and Haryana should focus primarily on basmati, giving three times higher value for every drop of water consumed, and try to get away from common paddy, which is basically for feeding the Public Distribution System, where rice is sold to consumers at Rs. 3/kg under the National Food Security Act. How can one encourage farmers to shift from paddy to, say, corn? It all boils down to policy, both by the Centre, and the states concerned.

Can the Centre and the states abolish fertiliser subsidy, and power subsidy? Given our political economy of securing votes through free power and cheap fertilisers, the chances are extremely low. A move towards giving these subsidies in cash on a per hectare basis can be some improvement over the existing situation. But, if the Centre, and the states of Punjab and Haryana announce a cash incentive— to be shared equally between the centre and the states—of Rs. 12,000/ha for growing corn in place of paddy, it may encourage farmers to switch from common paddy to corn. Our calculations suggest that the combined subsidy on power for irrigation and fertiliser consumption in paddy cultivation is about Rs. 15,000/ha. So, giving Rs. 12,000/ha for corn cultivation is actually transferring the subsidy from rice to corn cultivation. It will not cost the state or central exchequer anything extra; it is just reshuffling the cards. But, rather than being absorbed by government procurement, corn cultivation will have to be absorbed by feed mills for poultry, starch mills, ethanol, etc. So, tax incentives for corn-based industries in this belt would create a demand that is market-aligned.

This is just the right time to make this switch as the government’s rice stocks are way above the buffer stock norms (see graphic). This reflects massive inefficiency in grain management. In fact, the Centre should announce that it will not procure more than, say, 50% of the production of common paddy from the blocks that are over-exploited. Further, it will not give to the state procurement agencies more than 4% as commission, mandi fee, or any cess, etc, for procuring on behalf of FCI.

So, a carrot of Rs. 12,000/ha for the farmer to switch from paddy to corn, shared equally between the Centre and the states, and cutting down procurement from over-exploited blocks may do what the Supreme Court’s hauling up of Chief Secretaries may not!

(The author is Infosys Chair Professor for Agriculture, ICRIER Views are personal)

Follow us on
Latest News
Top brands’ pullout from Auto Expo raises doubts over its relevance
Data Drive: Festive boost to auto sales
Tata Trusts inducts Mehli Mistry as trustee, hunt on for Srinath’s successor
Hunger index reads India wrong
Country Delight looks to be profitable by FY24, go public by 2025
CCI order on MakeMyTrip, Oyo spurs fresh debate on price parity agreements
Twitter at a crossroads
Photos
In Pictures: PM Modi in Kargil to celebrate Diwali with soldiers, says, ‘All of you have been my family for years now’
7 days agoOctober 24, 2022
In Pictures: PM Modi inaugurates Deepotsav in Ayodhya; World record set by lighting of over 15 lakh diyas
7 days agoOctober 24, 2022
PM Modi in Kedarnath, Badrinath: Here are some photos of the visit
1 week agoOctober 22, 2022
Read More
×
Powered by integration
Fifth column by Tavleen Singh: A new Congress President. Really?
Over the top by Meraj Shah: Playing the percentages
Premium
Across the aisle by P Chidambaram: Head buried in the sand
Haze over climate talks
Should the MPC pause?