From plate to plough: Seeding future growth for the tractor industry

By Ashok Gulati and Ritika Juneja BOUNTIFUL RAINS AND news of tractor-sales shooting up by 38.5% in the month of July have triggered quite a buzz in the market. It is being claimed that the performance of agriculture this year will be a saviour of the economy. There is no doubt that while most of […] 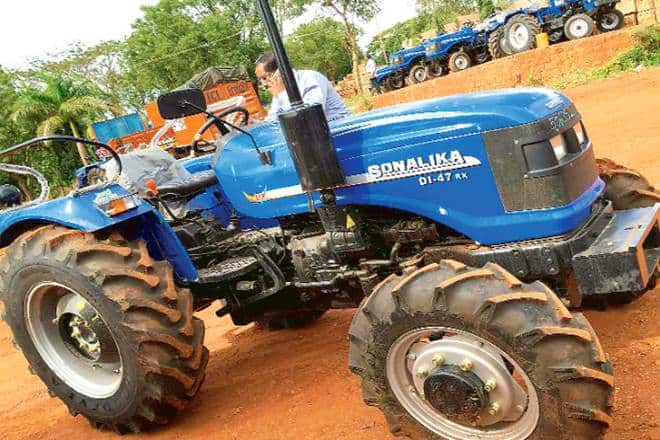 Overall, the tractor Industry has remained resilient to enforced lockdowns vis-a-vis other automotive segments, it said.

By Ashok Gulati and Ritika Juneja

BOUNTIFUL RAINS AND news of tractor-sales shooting up by 38.5% in the month of July have triggered quite a buzz in the market. It is being claimed that the performance of agriculture this year will be a saviour of the economy. There is no doubt that while most of the other sectors are likely to see big negative growth, agriculture will deliver a reasonably healthy positive growth. With water storage in reservoirs in good shape, not only Kharif harvest is likely to be good, but there is hope for a robust rabi crop too.

All this is good news on the agri front. Let us focus a bit more on tractors. July sales showed extra-ordinary growth, but one must not forget that, during the lockdown period (forthe quarter April- June 2020), tractors sales dropped by almost 14% over the same quarter last year.

For the investor community, therefore, it is important to have a long-term vision and not get swayed by monthly sales showing. Here, we dive deep into the evolution of the tractor industry in India, what challenges it is facing, and where its future growth is likely to be.

The history of tractors in Indian agriculture goes back to introduction of steam tractors in 1914 for reclamation of waste lands in Punjab.With Independence in 1947, the Central Tractor Organization (CTO) was set up to promote use of tractors in agriculture. In 1951, tractor industry was included in the “core sector”of planned economic development, and was also placed under the ‘licenceraj’. Interestingly, even till 1960, the demand fortractorswas being met entirely through imports. It was only in 1961, two companies, namely Eicher TractorsLtd (in collaboration with Gebr, Eicher Tractor enfabrik of West Germany) and Tractors and Farm Equipment Ltd. (TAFE (in collaboration with Massey Ferguson of the UK) started manufacturing tractors in India. In 1965, Mahindra & Mahindra Ltd. also jumped into the fray, in collaboration with International Tractor Company of India Ltd.

As a result, domestic production of tractors rose from 880 units in 1961-62 to 5,000 units in 1965- 66. But then, in 1967, the government imposed statutory price control on domestically-produced tractors to protect farmers from high prices of tractors! It was revoked only in 1974.

Green Revolution, during late 1960s, gave a fillip to the demand fortractors given the need to complete timely operations in agriculture. So, the government invited additional entrepreneurs into tractor manufacturing in 1968. In 1971, Escorts Tractors Limited was established, and started manufacturing in collaboration with Ford, the UK.

Several other domestic manufactures such as VST Tillers & Tractors Ltd, etc, also invested in the industry. Interestingly, in 1974, Punjab Tractors Ltd. became the first PSU that started manufacturing tractors with indigenous technology and produced the first agricultural tractor, ‘Swaraj’(talk of atmanirbharta today!). With the
arrival of manynewplayers in the tractorindustry,tractorproductioncrossed the 30,000-mark in 1974-75. In 1982,
the indigenous Mahindra brand of tractors was also launched.

However, it was only in 1991 that a watershed event took place—complete de-licencing of tractor manufacturing. It increased competition,improved quality,and offered more choices to the farmers. Today, India stands tall globally as the largest manufacturer of tractors (excluding sub-20-hp belt-driven tractors used in China), followed by the US and China.

Mahindra & Mahindra has emerged as the largest player, with a 40% share (FY19), followed by TAFE (with Eicher Motors) with 18.4%. In 2018-19, India exported almost 90,000 tractors to various countries—the US, some African nations. This speaks of volumes ofthe atmanirbhar tractor industry’s competitiveness.

What policies led to this success of tractor industry? First, the de-licencing of 1991 was a harbinger of change in the industry. Second, availability of bank credit helped the market grow. Remember, almost 95% of tractors are bought on bank credit. But,over time, this success is also brewing a problem. Microsurveys reveal that tractors are not being used very efficiently; their usage, in most states, hovers around 500-600 hours per year compared to a benchmark figure of 800-1,000 hours for efficient utilisation.

This is leading to‘over-capitalisation of farms’in certain regions of India, especially the Punjab-Haryana belt. If India is to ensure continuous growth of the tractor industry, and efficient use on small farms, it has to undertake solution like “Uber-isation of tractor services”. Digital economy offers that opportunity to cut down costs, increase profitability of cultivation, and thus not only expand the tractor market but also reduce human drudgery in manual work.

“Uber-isation”could make tractor services perfectly divisible, accessible and affordable,even for small-holders. The government is incentivising custom-hiring centres through capital subsidies. Their management and operations must stay under private entrepreneurs if India is to innovate and achieve farm-efficiency with inclusiveness. The real challenge for innovators is whether individual farmers who own tractors can also avail of this platform to render tractor services to others and earn some money. The agri start-ups and innovators of the digital world need to enter this field and promote efficient utilisation off arm machinery. The future of tractor industry will soon include combining tractor-services for ploughing, sowing seeds, etc, with use of sensors,cloud computing,and artificial intelligence forprecision farming.

Dovetailing of digital revolution with farm machinery has already started in the US and Europe, ushering in what Howard Buffett (farmer-businessman son of billionaire Warren Buffett) calls as “brown revolution”. India can surely do it at a lower cost and serve 550 million smallholders across the world!