From Plate to plough – Repeal of farm laws: Tactical retreat or surrender? 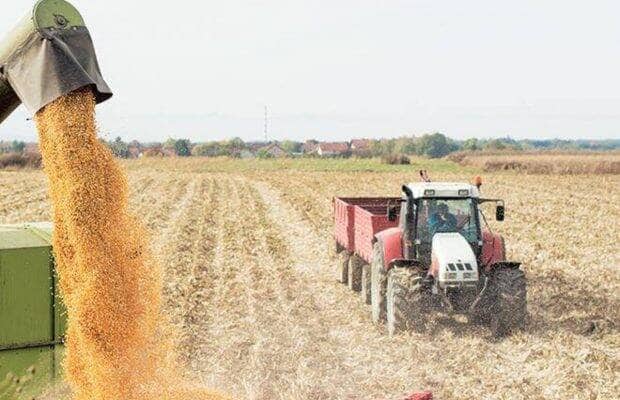 However, the BJP undoubtedly has a much higher stake in the Uttar Pradesh assembly elections than it does in Punjab, as the former could be a critical state for the party in the 2024 general elections.

In a sudden and surprise move, prime minister Narendra Modi announced that he will repeal the recently passed farm laws in the coming winter session of Parliament. He said although these farm laws were passed with the best intentions, for the betterment of farmers, his government could not communicate and convince the agitating farmers about their potential positive impact. Instead, he would now constitute a committee that will have representatives of the Union and state governments, various agri-experts and scientists to come up with a new package for farmers. He specifically chose the day of Guru Purab to say this. Is this a tactical retreat or surrender? What are the likely implications of this, economically and politically?

As far as agriculture is concerned, it will keep chugging along the same path as it has during the last decade or so. The agri-GDP growth has been 3.5% per annum in the first seven years of the Modi government, which is same as in the first seven years of the Manmohan Singh government. And one expects it to keep hovering around this trend—a bit up or down, depending upon the rainfall pattern of the specific year. Cropping patterns will remain skewed in favour of rice and wheat, with bulging stocks of grains with the Food Corporation of India. The food subsidy will keep getting bloated with large leakages. Groundwater table in northwestern states will keep receding, methane and nitrous oxide will keep polluting the environment. Agri-markets will remain as rigged as they are, and the potential benefits of proposed farm reforms will remain elusive for some time to come—unless the promised committee comes up with more meaningful reforms.

But what will happen to farmers’ incomes? Will the Modi government accept the farmers’ demand for giving legal status to minimum support price (MSP)? The latest Situation Assessment Survey of NSO reveals that the income of an average agri-household in India was only Rs 10,218 per month in FY19. Translated to today’s prices, and applying roughly 3.5% -per-annum growth in real incomes, the income of an average agri-household would be hovering around Rs 13,000 now. Add another Rs 500 per month under the PM-KISAN scheme, and this is roughly the level of monthly family income in rural areas for the largest segment of our work force (roughly 45%), engaged in agriculture. This is not a very happy situation and all out measures need to be taken to increase rural incomes in a sustained manner. The question is: How do we do this? Is this to be done through higher MSP or through diversification towards high-value agriculture?

Given the average holding size in agriculture stands at just 0.9ha (FY19), and has been shrinking over the years, how much income is there to be earned from producing basic staples is not very hard to guess. Unless one goes for high-value agriculture—and that is precisely where one needs efficient, functioning value chains from farm to fork, with infusion of private investment in logistics, storage, processing, e-commerce, and digital technologies—the income of farmers cannot be increased significantly. There is no doubt that this sector is crying for reforms, both in marketing of outputs as well as inputs, including land-lease markets, direct benefit transfer of all input subsidies (fertilisers, power, credit, farm machinery, etc).

However, the most interesting implication of this announcement by the prime minister is going to be the political one. And it is very likely that this political gamble is behind the tactical ‘retreat’. There is a strong possibility of the BJP joining hands with Capt Amarinder Singh—which the latter has openly talked about in media—and work with him to win back power in Punjab. The turmoil within Punjab Congress will come in handy with respect to this move. Another possibility/ consideration could also be repairing the broken equation with Akali Dal in Punjab. The coming days will throw up interesting outcomes in Punjab. But, overall, if Congress is dethroned in Punjab, and any other party, with the BJP’s backing, comes to power, PM Narendra Modi may feel that his tactical retreat on farm laws has paid off handsomely.

However, the BJP undoubtedly has a much higher stake in the Uttar Pradesh assembly elections than it does in Punjab, as the former could be a critical state for the party in the 2024 general elections. The current U-turn on farm reforms may be to defang the rise of Rakesh Tikait in western UP. Whether the BJP will achieve its objectives through this is quite hard to fathom. But, one thing is certain; the agitating farmer leaders and the opposition parties will surely be emboldened with this ‘victory’. Knowing that the aura of a steely reserve that PM Modi has can be pierced and broken, the opposition parties are now going to mount more pressure. Farmer leaders are already asking for legal guarantee for MSP for 23 agri-commodities. Tomorrow, it could be a even larger basket of commodities, or blocking the privatisation/reforms of public sector enterprises, Air India, or any other reforms for that matter. The net result is likely to be a slowing down of economic reforms that are desperately needed to propel growth. Instead, what we may witness is shower of freebies in state elections, followed by more freebies in 2024. This competitive populism can give some succour to the poor in the short run, which they deserve in any case having suffered badly during the pandemic period. But over-shooting on this may slow down investments and thereby growth and job creation. So, it may turn out to be a trade-off between short-term freebies (read income support) and medium- to long-term loss as far as the growth momentum of the economy and job creation are concerned.

On a positive note, it could also render some important learning to the BJP. The most important is that the process of economic reforms has to be more consultative, more transparent, and better communicated to the potential beneficiaries. It is this inclusiveness that lies at the heart of democratic functioning of India. It takes time and humility to do it, given the argumentative nature of our society. But, in that process, everyone wins.

The author is Infosys Chair professor of agriculture, ICRIER

Follow us on
Latest News
Cotton prices to remain subdued due to supply surplus
GM mustard could reach farmers in 2-3 years
Jio seeks to speed up insolvency process for Reliance Infratel
Sugar exports of 6 mt allowed : Lower quota in view of high domestic prices, review later
Your Money: Buy corporate bonds in a public issue
Health Insurance: Can pay premiums on monthly basis
Tech makes city commuting smart & hassle-free
Photos
Dazzling & Astounding! Proposed design of the to-be redeveloped Dakaniya Talav Railway Station in Rajasthan-PHOTOS
1 day agoNovember 5, 2022
Heart-wrenching! Here is a look at Morbi and the suspension bridge that collapsed
6 days agoOctober 31, 2022
In Pictures: PM Modi in Kargil to celebrate Diwali with soldiers, says, ‘All of you have been my family for years now’
2 weeks agoOctober 24, 2022
Read More
×
Will Lula’s Brazil be a game changer at COP27?
Pakistan: Chaos at the cross roads and what it means for India?
Inside track by Coomi Kapoor: Deadline postponed?
Across the aisle by P Chidambaram: No apologies, no resignations
Ringside view by Tushar Bhaduri: Power hitters
Doing Business redux