From plate to plough: India must get its agri-markets right

Input subsidies should be phased out and the savings should be channelled towards agri-R&D, extension services, and building rural infrastructure. 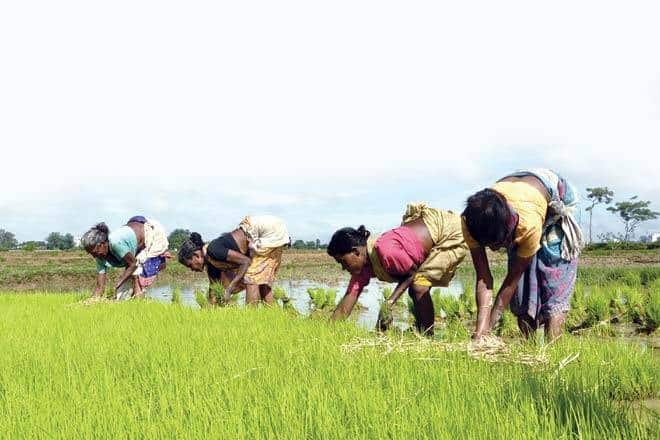 With the overarching concern for food security of 1.32 billion people, India’s policymakers have a challenging task. On one hand, they need to incentivise farmers to produce more, raising their productivity in a sustainable manner, and on the other, they need to ensure that consumers have access to food at affordable prices, especially the vulnerable sections. In order to find a fine balance between these twin objectives, India has followed myriad policies that impact both producers and consumers. These policy instruments range from domestic marketing regulations (for example, APMC Act, Essential Commodities Act (ECA)), budgetary policies (such as input subsidies), trade policies (such as minimum export prices (MEP) or outright export bans, tariff duties), to food subsidies for consumers through the public distribution system. These policies work in complex ways and their impact on producers and consumers is sometimes at variance with the initial policy objectives. So, it is only desirable that policymaking is based on more informed and evidence-based research.

What has been the outcome of Indian policies in the agri-food space, say, since 2000-01? In order to respond to this question, OECD and ICRIER jointly undertook research over two years to map and measure the nature of agricultural policies in India and how they have impacted producers and consumers. The final report was released on July 5 in Delhi, and is available on oe.cd/ag-india. The report includes key policy indicators like the producer support estimates (PSEs) and consumer support estimates (CSEs). The methodology adopted is a standard one that OECD has applied to measure PSEs and CSEs for 51 countries over the last 30 years. In the case of PSEs, it basically captures the impact of various policies on two components: (a) the output prices that producers receive, benchmarked against global prices of comparable products; and (b) the various input subsidies that farmers receive through budgetary allocations by the Centre and states. The two are combined to see if farmers receive positive support (PSE), or negative, as a percentage of gross farm receipts. A positive PSE (%) means that policies have helped producers receive higher revenues than would have been the case otherwise, and a negative PSE (%) implies lower revenues for farmers (a sort of implicit tax) due to the set of policies adopted. The report estimates these PSEs and CSEs over a 17-year period (2000-01 to 2016-17), building commodity-by-commodity data, for all major states growing that commodity. It covers about two-thirds of India’s agricultural output.

The accompanying graphic also presents the temporal movements of PSE (%) for India’s component parts, market price support (MPS), which is negative, and input subsidies, which are positive. Overall, PSE (%) was negative to the tune of 14%, on average, over the entire period from 2000-01 to 2016-17, indicating that, despite positive input subsidies, farmers in India received 14% less revenue due to restrictive trade and marketing policies. The negative PSEs were particularly large during 2007-08 to 2013-14 when benchmark global prices were high but Indian domestic prices were relatively suppressed due to restrictive trade and domestic marketing policies. What all this means is that there has been a pro-consumer bias in India’s trade and marketing policies, which actually hurts the farmers and lowers their revenues compared to what they would have received otherwise.

Where does one go from here, if the objective is to incentivise farmers to raise productivity, build an efficient and sustainable agriculture that augments farmers’ incomes and foster rural growth and jobs all along the value chain? Firstly, the policy change required is to “get the markets right” by reforming domestic marketing regulations (ECA and APMC), promoting a competitive national market and upgrading marketing infrastructure. India also needs to review its restrictive export policies for agri-products which have inflicted a large negative price support to farmers during the period studied. These changes will reduce, and in time, eliminate the negative market price support to farmers and allow them to earn improved returns. Secondly, the report recognises concerns of policymakers to protect consumers from potential price hikes when global prices are on the rise. But, it argues for switching to an income policy approach through a direct benefit transfer (DBT) targeted to the vulnerable sections of the population.

The report shows that this would generate better outcomes all-round, including for nutrition quality. This can be done gradually over a 3-5 year period, starting with cities and grain surplus states. Thirdly, Indian agriculture and farmers would be much better off if input subsidies are contained and gradually reduced, and the equivalent savings are channelled simultaneously towards higher investments in agri-R&D, extension, building rural infrastructure for better markets and agri-value chains, as also on better water management to deal with climate change. Fourthly, given that agriculture is a state subject, a greater degree of coordination is required between the Centre and the states, and also across various ministries (for example, the agriculture, food, water resources, fertilizers, rural development and food processing), for a more holistic approach towards reforming agriculture.

We feel that these basic policy changes, many of which are already under way, will make Indian agriculture more competitive, more vibrant, sustainable and resilient, and will also augment farmers’ incomes on a sustained basis.

By- Ashoka Gulati and Carmel cahill. Gulati is Infosys chair professor for agriculture at ICRIER & Cahill is deputy director for trade and agriculture at OECD

Follow us on
Latest News
IVY growth celebrates first-year anniversary with a whooping 65+ startup investments
Migraine myths: Here are things YOU must know
Health benefits: Carrots are a storehouse of nutrients
Live music, drama ramping up entertainment quotient in fashion shows
Italian Screens: A slice of Italy in India
Musk’s past tweets reveal clues about Twitter’s new owner
Bombay Dyeing & Manufacturing Q2 net loss at Rs 93 cr; revenue up 50 pc at Rs 745 cr
Photos
Dazzling & Astounding! Proposed design of the to-be redeveloped Dakaniya Talav Railway Station in Rajasthan-PHOTOS
7 hours agoNovember 5, 2022
Heart-wrenching! Here is a look at Morbi and the suspension bridge that collapsed
5 days agoOctober 31, 2022
In Pictures: PM Modi in Kargil to celebrate Diwali with soldiers, says, ‘All of you have been my family for years now’
2 weeks agoOctober 24, 2022
Read More
×
Doing Business redux
Paving the way for climate in finance
Must banks be big to succeed?
Money over mental health: Are we still prioritising our people?
Protecting competition in the digital space
Data Drive: IT hiring cools