From plate to plough: How state can support farmers in a smarter way

While recently releasing the book, Supporting Indian Farms the Smart Way by Ashok Gulati, Marco Ferroni and Yuan Zhou, Arun Jaitley remarked that India needs a good blend of investments and subsidies in its agriculture policy. 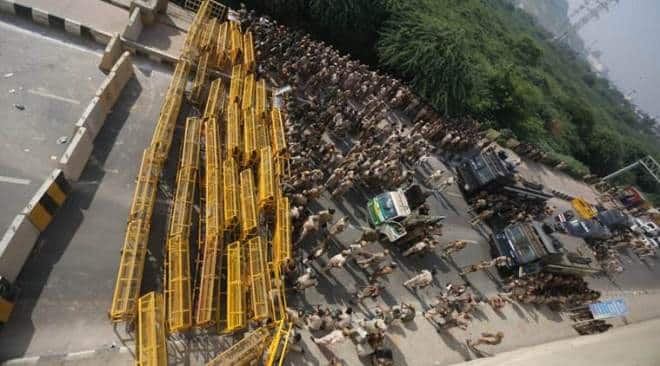 While recently releasing the book, Supporting Indian Farms the Smart Way by Ashok Gulati, Marco Ferroni and Yuan Zhou, Arun Jaitley remarked that India needs a good blend of investments and subsidies in its agriculture policy. He said that, luckily, there are no severe constraints on resources to invest in rural areas, be it roads, water (irrigation), sanitation, and even housing. If he could include in this list of rural investments, agri-research and development (R&D) and quality education also, it can pay off handsomely in terms of reducing poverty and propelling agri-growth at a much faster pace than has been the case so far. This is a clear cut message of the book.

Most countries around the world support agriculture to ensure food security and/or enhance farmers’ income. India is no exception. The main policy instruments to support farmers in India include subsidised fertiliser, power, agri-credit and crop insurance on the input side, and minimum support prices for major crops on the output front. But a recent study done jointly by OECD and ICRIER estimated that trade and marketing policies of India have inflicted a huge negative price support to Indian farmers. The producer support estimate (PSE) for India works out to be a negative 14% of gross farm receipts for the period 2000-01 to 2016-17, primarily because of restrictive export policies (minimum export prices, export bans or export duties) and domestic marketing policies (due to Essential Commodities Act, APMC, etc).

Also Read
Why management is both art and science
Data Drive: HNI interest in passive funds
Understanding the four Vs of operations management – volume, variety, variation and visibility
Prioritising FTA with UK

The book, however, highlights that public capital formation in agriculture declined from 3.9% of agri-GDP in 1980-81 to 2.2% in 2014-15, but had recovered to 2.6% in 2016-17, while input subsidies on fertilisers, water, power, crop insurance and agri-credit have risen from 2.8% to 8% of agricultural GDP during the same period. This is the ‘dumb’ way of supporting agriculture as the marginal returns on subsidies are way below those from investments. The results show that expenditure incurred on agri-R&E (research and education), roads or education are 5 to 10 times more powerful in alleviating poverty or increasing agri-GDP than similar expenditure made on input subsidies. The attached graphic shows that, over time, a rapid increase in input subsidies has squeezed public investments in agriculture.

The results of analysis therefore show that India has not got the biggest bang from its buck being spent in the agri-space. The smarter way to support agriculture and alleviate rural poverty would have been to invest in agriculture at a faster rate than the growth of subsidies.
Also, it may be noted that excessive input subsidies have caused large scale inefficiencies in the agri-system. For example, fertiliser subsidies, especially on urea, have led to an imbalanced use of soil nutrients.

Subsidies on irrigation water have resulted in the inefficient use of scarce water. Highly subsidised power to agriculture has led to over-exploitation of ground water. Subsidies on interest rates on crop loans has diverted substantial amounts of agri-credit to non-agricultural usage. Although the new crop insurance scheme, PMFBY, has dramatically reduced the burden of premiums that are paid by farmers, its effective implementation and quick settlement of claims into farmers’ accounts remains a challenge. In the light of all this, the results presented in the attached graphic clearly show that the best blend of subsidies and investments must now give priority to investments. There are only a few policy suggestions that we can offer at this stage. Firstly, investment in public irrigation is very expensive, as it takes long lags, and the gap between the potential created and potential utilised has increased over time. So, if this has to give higher returns, we must fix up this leaky system, make it more transparent, and bridge the gap between potential created and utilised.

Secondly, the present system of delivering subsidies through a price policy needs to be shifted to an income policy which would be well targeted and minimise leakages, something along the lines of the JAM trinity. Many OECD countries, as well as emerging countries such as China, are moving in that direction, and Indian farms can also benefit from this smart move where input subsidies, at least, are given as DBT on a per-hectare basis.

Thirdly, investments need to be prioritised towards agri-R&D,roads and education. Interestingly, now at a global level, the private sector is leading in agri-R&D. The big six companies have been investing more than $7 billion a year, which is almost seven times the expenditure being incurred by our ICAR system. So, if India needs to access that technology, it needs to develop a proper IPR regime which is in the interest of farmers as well as investors. India has a lesson to learn from China in this aspect too. ChemChina, a PSU, has taken over Syngenta Corporation for $43 billion, which is a leading player in crop protection and seeds.

Can India enact similar moves in order for it to have access to the best technologies in the world for its farmers, which can augment their productivity and incomes and give the nation long-term food security? Only time will tell whether India follows smart or dumb policies in its agri-space.