From doubling farmers income to higher MSPs, had BJP over promised?

Apart from talk of doubling farmers’ income and higher MSPs, the BJP had promised fast-track action on 99 irrigation projects and FCI reforms. None of this has happened. 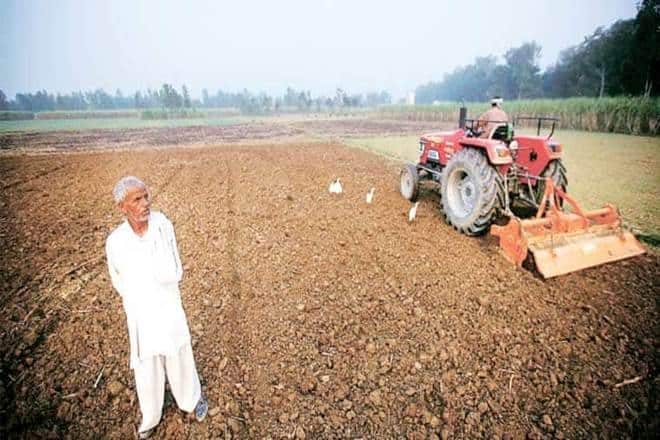 We often feel proud of our democratic system of governance. But, it also has a blot, which is magnified in the ongoing election campaign. Instead of discussing what the BJP/NDA promised in its manifesto of 2014, and how far they have been able to deliver so far, the political discourse has drifted far away. Accusations and counter-accusations are being hurled on who was/is more corrupt, of course, without any proof. All gloves are off, and now the ditch battle for power is bayonet to bayonet. And when political parties approach the Supreme Court against the failure of the Election Commission to act against violations of the model code of conduct, our political system seems reaching its nadir. Yet, I hope things will return to normal after election results, and real issues will haunt any government that comes to power. We focus here on the key issues that confront the food and agri sector, including the issues of farmers’ incomes.

In 2014, BJP manifesto promised to implement the recommendations of the Swaminathan Committee report, especially the one on minimum support prices (MSPs) being 50% above cost. For four years after being in power, the BJP/NDA never talked about it. In the fifth year, it announced MSPs 50% above cost, but the reference cost was lowered from comprehensive cost (C2), which was implied in the Swaminathan formula, to Cost A2+FL (paid out costs plus family labour). Cost A2+FL is about 38% lower than Cost C2. Farmers saw through the trick and felt cheated. And when market prices remained 10-30% lower than the announced MSPs for most crops, farmers lost any hope to get remunerative prices for their produce. In the meantime, BJP changed the goal post to doubling farmers’ incomes by 2022-23. Whatever little I have learnt about agriculture in my professional life, I can say confidently that the government can’t achieve even half of this target by 2022-23 with the set of policies it has been following for the last five years. What pains me to see is how ministers, bureaucrats, and even many academics parrot this to please their masters. Either they don’t understand the challenges in agriculture or they are simply befooling people. There is a famous saying, “You can befool all the people for some time, some people all the time, but not all the people all the time!”

My humble assessment of the BJP’s promises and performance of the last five years is that they suffer from perils of over-promising. Their achievement in food and agri-space is not even half of their promises. Let me cite some examples beyond the promises of higher MSPs and doubling farmers’ incomes.

Also Read
Inside track by Coomi Kapoor
Across the aisle by P Chidambaram: Hard talk, hard times
Ringside view by Tushar Bhaduri: World in the Cup
Understanding the four Vs of operations management – volume, variety, variation and visibility

One of the major promises in the BJP’s 2014 manifesto was reforming the foodgrain management system. In fact it had explicitly stated to unbundle Food Corporation of India (FCI). Did it do this? The short answer is ‘no’. Grain management system broadly stays the same, with all its ills where these were in 2013-14, with one notable change. It is the introduction of POS (point of sale) machines at large number of fair price shops. The government claims that it has weeded out 2.75 crore fake ration cards. If so, why has the PDS off-take not fallen? In fact, the PDS off-take has been gradually rising, and so has been the procurement and stocks with the government. On April 1, the grain stocks were more than double the buffer stocking norms, reflecting high economic inefficiency. The food subsidy bill is touching Rs 1.84 lakh crore in the FY20 budget. What is less known is that the outstanding dues of FCI have been mounting, touching Rs 1.86 lakh crore now. FCI has been asked to take loans after loans to keep the wheel running. These loans have now touched Rs 2.48 lakh crores. The upshot of all this is that the grain system remains as messy as it was in 2013-14, and the figures of fiscal deficit given in Union budget are all murky. No major overhauling of the grain system has happended, despite the sweeping reforms that were suggested by the Shanta Kumar panel that was set up by the prime minister himself.

Take the case of public irrigation. After two successive droughts in 2014 and 2015, the government identified 99 projects that were at advanced stages of completion, and vowed to complete them by December 2019. Long Term Irrigation Fund (LTIF) of Rs 40,000 crore was created with Nabard to help states complete these projects in time. But, the BJP manifesto of 2019 states that, so far, only 31 projects have been completed. However, our research into this reveals that the command area development has taken place only in case of six projects. What this means is that farmers have received water in their fields only in six out of 99 projects so far. That’s the pace of progress in drought-proofing the country!

One can go on and on to show how the achievements in most projects fall way short of the promises made. But, my purpose here is not to be too critical, but to show the challenges inherent in food and agri-space, which get compounded when you have incompetent people at the helm of affairs to deliver. When a political party cannot deliver even half of what it promises, what would you call it? A failure? An over-promise? Or an attempt to befool people? You can pick your answer.

This problem is not just with the BJP today, but also with the Congress in opposition. The Congress manifesto of 2019 promises all-India loan waiver, Rs 72,000/- per year income support to bottom 20% of population (NYAY), higher MSPs, and so on. Again, over-promise when in opposition!

Instead of discussing these promises and performance, our political discourse has skidded to emotive non-economic issues of caste, religion, etc. This weakens the foundations of democratic system. But, who cares? Elections are all about grabbing power. It is only coincidence that each one promises to serve the poor.

(The author is Infosys Chair professor for Agriculture ICRIER)