Sambandam has suggested that we meet at Azzuri Bay, a multi-cuisine restaurant in a comparatively quieter part of Chennai. Although the restaurant is in the middle of multi-storey buildings, there is a great view of tree tops from the place we have occupied. 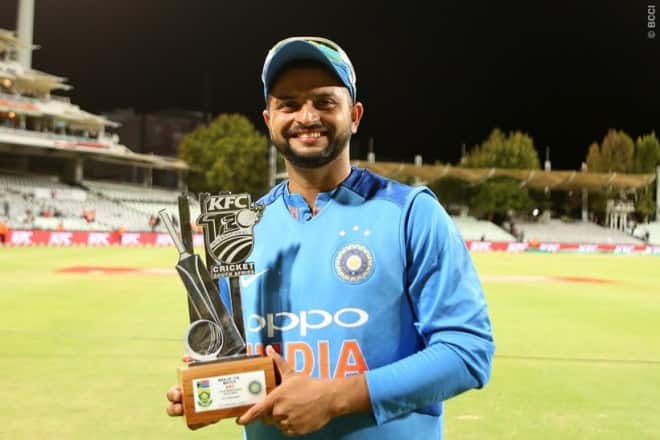 I am waiting to meet Suresh Sambandam, the founder and CEO of Chennai-based company OrangeScape Technologies, which offers disruptive SaaS (Software as a Service) solutions for workplace automation. (Twitter/ Suresh Sambandam)

I am waiting to meet Suresh Sambandam, the founder and CEO of Chennai-based company OrangeScape Technologies, which offers disruptive SaaS (Software as a Service) solutions for workplace automation. OrangeScape is a cloud pioneer from India and was one of the global top 10 Platform as a Service (PaaS) companies that got featured in Gartner and Forrester reports during its early years. Sambandam, a self-made, home-grown IT entrepreneur, launched OrangeScape in 2003. Over the years, it has become one of the leading names in SaaS. Today, the company’s flagship product called KiSSFLOW has more than 10,000 customers across 121 countries, including 50 Fortune 500 companies such as Airbus, Motorola and Reckitt Benckiser. Within India, Chennai is particularly strong in the SaaS space, with big names like Zoho Corporation and Freshdesk based in the city. OrangeScape is at number 3 and has found the place where it wants to be. Sambandam has suggested that we meet at Azzuri Bay, a multi-cuisine restaurant in a comparatively quieter part of Chennai. Although the restaurant is in the middle of multi-storey buildings, there is a great view of tree tops from the place we have occupied. He joins me in a few minutes and I notice how trim he is looking compared to the last time I met him. “I am on a paleo diet and and this restaurant has paleo-friendly food. I have done away with carbohydrates and sugar,” he says as we settle down. (The paleo diet requires predominant consumption of foods presumed to have been the only foods consumed by humans during the Paleolithic era—things like meat, fish, nuts, some fruits, vegetables and seeds, but not modern foods such as pasta, cereal or candies.) Sambandam skips starters and straight away orders steamed fillets of sea bass with a lot of vegetables. I ask for mushroom soup.

OrangeScape is the only Indian company to have been featured with an elite group of 13 by Forrester, a leading American market research firm, as the most important providers in the emerging markets for low-code platforms for business developers. I ask him about KiSSFLOW—the product which OrangeScape has developed. “It is a cloud-based workflow automation platform for small and midsize businesses (SMBs) that helps create highly customised apps instantly. It meets the workflow automation needs of every team, department and organisation, and deploys the most intelligent business process management tools to ‘reduce chaos’ and bring in more efficiency, control and accountability,” Sambandam says. He also tells me that KiSSFLOW? has a five-star rating, excels in user experience and is ranked number 1 on the Google Apps Marketplace. Sambandam has believed in developing IT products, rather than going in for services. “I knew I was going to be an entrepreneur even before I knew what the term meant.” He discovered computers in the small town of Cuddalore in Tamil Nadu after he finished schooling, and was fascinated and obsessed with what the computer can do. He started a computer training centre with a few friends in Cuddalore when he was 19, and learnt and mastered computer languages on his own by reading books. This eventually led to a job with Hewlett-Packard in Bangalore and then striking out on his own in 2003 when he launched OrangeScape.

He tells me that many mistakes were made during the multiple growth phases. “When we launched, I was an enthusiastic amateur. I thought everything was only about technology and had no clue about the market or marketing. I was maxing out on my credit cards and was struggling to pay the employees. Then the cloud boom happened. Our problems needed a solution like cloud. We launched visual PaaS, had an arrangement with Google, learnt marketing basics, raised $1 million angel funding, signed great deals, became active in industry association NASSCOM and were generally on a roll,” he says. However, they went downhill again. “Google struggled with PaaS and the Google OEM deal fell through. My co-founder left. We had used up all the funds raised and the investors were trying to take over the company. We pulled ourselves up again and made course-corrections. I realised that marketing is everything and sales is a process. We had to get product, category and timing right, which we did with KiSSFLOW, and are tasting success,” Sambandam adds. While he does not want to eat anything else, I ask for Thai green curry. Although it is delicious, it is a bit too spicy for me.

“I have learnt to be careful and no longer indulge in silly experiments. In SaaS, if you do it right, your revenue comes from existing customers who have to keep expanding. This is different from enterprise systems where new revenue has to come each year. The customers are able to create maximum value using KiSSFLOW. So they stick to us. In the traditional world, you look for happy customers. We look for successful customers. In SaaS, you have a predictable recurring revenue stream,” Sambandam explains the workings of the industry. He no longer wants to go in for funding, but manage growth by internal accruals. Having worked its way out of the mess it found itself in, OrangeScape is now firmly on the growth path. “Last year was good for us. Our revenue increased by 220%. From 30-40 employees, our headcount has gone up to 120. We are now recruiting from tier-1 colleges and have set up an internal four-month intensive programme. The idea is to create an OrangeScape University,” he says.
OrangeScape has moved into a new office, which resembles a restobar. “It is a fun place to work from. We have an extended dining table created out of packing material we bought in kilos,” he grins.

At the same time, Sambandam is doing a lot of work on creating a perfect work culture. “We have a senior organisational behaviour person working on making sure that everybody is on the same page and that there is a common sense of understanding. Zappos, a quirky American online shoe retailer that has been taken over by Amazon, gave new meaning to the concept of customer service. If you order a pair of shoes from them, they will send you five pairs and the customer is allowed to return the four pairs which don’t fit. Our culture head attended Zappos workshop, came back so impressed that now the shoe retailer’s culture has become our benchmark,” he adds. Sambandam no longer drinks coffee. We both end our meal with lemon tea. He says thoughtfully as we are leaving, “I slowly feel a sense of satisfaction that a million people may be using our software. I have had an eventful and thrilling journey. Now I have to keep the momentum going.”