Little more can be said that has not already been said in endless, repetitive primetime debates and endless, increasingly repetitive ponderings by political pundits. 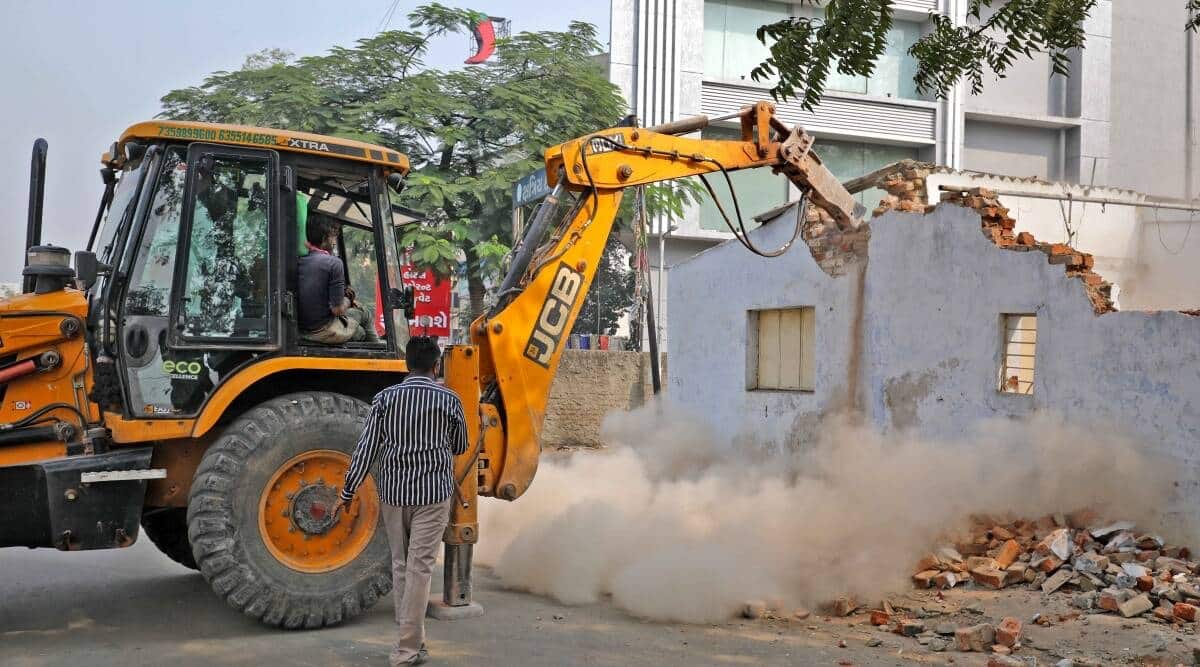 Once more last week the bulldozers rolled in Delhi destroying the lives and dreams of ordinary people. Once more battles raged over which mosque was once a Hindu temple. Into this rectification of historical wrongs were dragged the Qutub Minar and the Taj Mahal. This is a topical column, so both events necessitate a comment. On bulldozers may I say I wait eagerly for the day when bulldozers smash down the homes of those corrupt officials who permitted illegal construction on such a scale. On the triumphalist Hindutva movement that now claims that the Taj Mahal was a Hindu monument, I have one question: when do bulldozers arrive to demolish the most famous mausoleum in the world?

For those of you who think I am being frivolous about serious things, I have one response: enough is enough. For weeks, if not months, we appear to have talked of nothing else but matters of this kind, so I am going to spare you yet another piece on either bulldozers or majoritarian madness. Little more can be said that has not already been said in endless, repetitive primetime debates and endless, increasingly repetitive ponderings by political pundits.

So, this week I plan to talk of what are considered things so inconsequential that they never make headlines. My reason for doing this is that on the inside pages of newspapers appeared what to me was the most important news of all, and this is that 89% of Indian children are malnourished before they reach their second year. This information came in the recently published report of the National Family Health Survey (NHFS-5). The report concluded that there has been only marginal improvement since their findings five years ago. This is heartbreaking and shameful. Malnourishment in a child’s most formative months means that they will grow up stunted and unable ever to reach their full potential either physically or mentally.

When I asked myself why Narendra Modi who has paid so much attention to rectifying negligence of many kinds during Congress rule, I noticed that Gujarat and Uttar Pradesh were the worst offenders when it came to malnutrition in infants. Clearly, this is something he has never paid attention to. Can we hope that after this latest NFHS report from his own government, he will pay as much attention to malnutrition as he did to sanitation in his first term? Swachh Bharat achieved levels of rural sanitation on an impressive scale because Modi put his weight behind it. If he did the same to ensure that India’s children were no longer malnourished, then we might one day reap the full benefits of having the world’s largest population of young people.

There are other ‘small’ things I would like to draw attention to this week. I use the word small deliberately because Modi has shown that what he really loves are big things. The ‘tallest statue’ in the world has come up in his time. The ‘largest vaccination programme’ has been successfully achieved and these are things that the Prime Minister loves to boast about. On the day I sat down to write this piece I drove past the new Parliament building and, without being allowed to get close enough for a real inspection, can report that it already towers over every other building in its vicinity. The old Parliament, repository of so much of India’s democratic history, resembles an anthill in its mighty shadow. But I digress.

The most ignored and most horrible news of the moment is that a garbage mountain that is estimated to be more than seventeen stories high remains on fire in Delhi. It spews poisonous gases into the city’s dangerously polluted air and reminds us that although we dream of putting a man on the moon, we have failed to learn how to deal with waste. On the edge of every village, we see ditches filled with rotting garbage and nearly all our small towns have main bazaars that are, in reality, just garbage dumps. Is this not shameful at a time when we are so proudly celebrating the seventy-fifth year of India’s Independence?

Those who yell Vande Mataram and Jai Shri Ram with every breath need to read the Ramayana more carefully to discover the description of Ayodhya on the eve of Ram’s coronation. And, while they are about it, they can also pay careful attention to the road that Bharat built to go to the forest in which his brothers were forced into exile. The methods used to build the road were as modern as they are today and Ayodhya more beautiful than any modern Indian city. While Hindu revivalism is so fashionable, can we please revive some of these things? Is it not time that we ensured that Bharat Mata was no longer covered in rotting garbage? And what could be a finer tribute in this year of our Amrit Mahotsav than to ensure that no Indian child lacks the basic nutrients they need to grow to their full potential?

Can I end with a question? What happens now that a court has declared that it will not begin to discuss whether Hindutva activists should be allowed to start meddling around in those alleged ‘twenty-two sealed rooms’ in the basement of the Taj Mahal? Will Hindutva troops be unleashed in Agra to start attacking Muslims for the ‘sins’ of their ancestors? Seriously, what happens now?