Despair is normal when you are arrested under a law that could keep you in jail indefinitely without trial. The Unlawful Activities Prevention Act (UAPA) is an old law that was meant to be used for the preventive detention of terrorists and traitors. 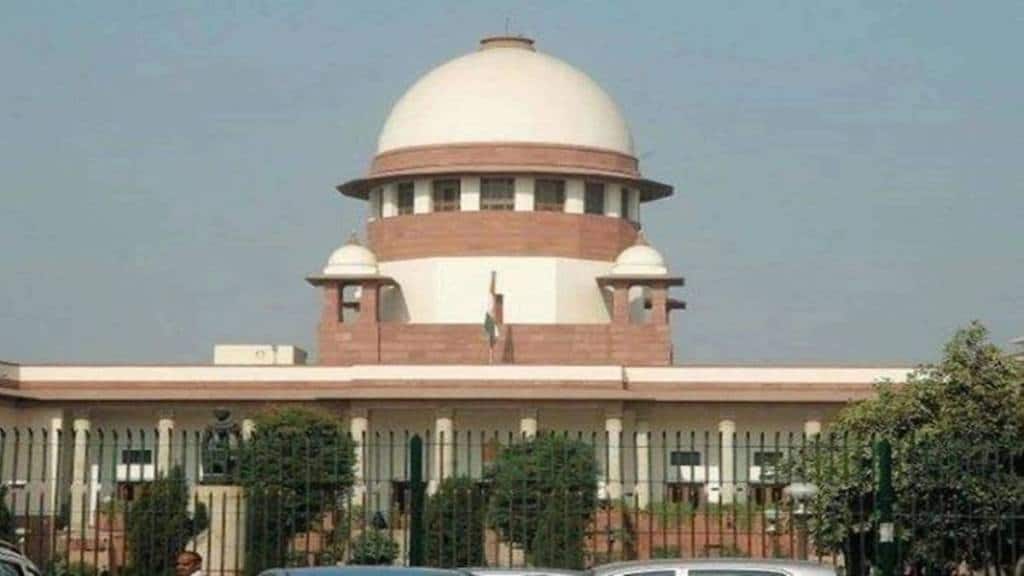 The Supreme Court recently observed that more than 90% of prisoners in Indian jails remain undertrials.

The words ‘the process has become the punishment’ became poignantly clear to me last week when I read a letter that the former student leader, Umar Khalid, wrote to a friend from jail. The correspondence was published in The Wire, and it is my sincere hope that the Supreme Court pays attention to it so that it takes suo motu action against this distortion of the natural laws of justice. No democracy can exist peacefully, leave alone prosper, if the process of justice is turned into a weapon to be used at the sweet will of our political leaders against those who show the smallest signs of dissent.

Khalid’s letter is a plea for justice and details eloquently the despair he feels about ever getting it. Khalid writes, “It is that time of day, just after sunset, when the ‘rehai parchas’ – the release orders – reach the jail authorities from the courts. Just as darkness descends and engulfs the jail compound, some prisoners are about to see the light of freedom. I see bliss, absolute bliss on their faces.” He adds that for two years he has waited and hoped that his name would be mentioned but now he is beginning to lose all hope and is not sure how long the dark tunnel is and if there is any light at the end of it at all.

Despair is normal when you are arrested under a law that could keep you in jail indefinitely without trial. The Unlawful Activities Prevention Act (UAPA) is an old law that was meant to be used for the preventive detention of terrorists and traitors.

In July 2019, weeks after Narendra Modi won his second term, it was amended to allow the Government of India to decide who was a terrorist without needing to prove this in a court of law. Since 2014, there have been more than 10,000 people arrested under this law of which less than half have faced trial. The Supreme Court recently observed that more than 90% of prisoners in Indian jails remain undertrials.

The charges against Khalid are vague and bizarre. The Delhi Police arrested him for conspiring to organise the communal riots in the city in February 2020. As someone who has covered more communal riots than can be listed here, I can say with authority that a small group of ‘conspirators’ cannot organise riots unless there is spontaneous anger among the people who participate in the riots. The charges against Khalid will probably not stand in court but he could stay in jail indefinitely because despite the Supreme Court’s clear orders that ‘bail should be the rule and jail the exception’, this does not happen if the government strenuously opposes it.

Last week, the Supreme Court intervened to release the journalist, Siddique Kappan, who has also been in jail since 2020 because he tried to get to Hathras to tell the story of the Dalit teenager who was gangraped, murdered and then cremated by the police in the dead of night. The Dalit sisters who were raped and murdered last week and whose bodies were found hanging on a tree to make their awful murders seem like suicide will probably get justice because due process was followed and there were postmortems and arrests.

In the Hathras case, the rapists, named by the dying girl in a statement, will probably go free because all the evidence against them was cremated with the girl who was burned hastily by the police without last rites and rituals. So, there was every reason for Kappan to have been going to Hathras to tell this horror story. He was stopped en route and arrested because he was allegedly travelling with members of the Popular Front of India (PFI). The Yogi government believes they were planning to cause riots. If this is true, then it must be proved in a court of law. For a country that gave Ajmal Kasab a fair trial before hanging him for his proven role in the 26/11 attack on Mumbai, why have we reached so low a point that journalists and student leaders can be jailed for years without trial?

Narendra Modi’s media managers spend considerable energy attacking the western media for accusing him of turning India into an elected autocracy. They only need to look at ‘the process becoming the punishment’ to find out why this has happened. The Prime Minister himself has said more than once on his travels in foreign lands that India is ‘the mother of democracy’ which makes it more puzzling that he has not noticed that a fundamental principle of democracy is the right to justice. To deny someone bail, unless they are murderers, rapists, or terrorists, is to ensure that the process becomes the punishment. This is happening too often in the ‘new India’ for the world not to notice that although there are still fair elections regularly held, there are too many ways in which the instruments of the state are being misused to ensure that dissidence is crushed.

It does not help that most of the people who have been denied bail under the UAPA’s extraordinary powers of preventive detention are Muslims. An excellent start for redeeming India’s image could be made by releasing Umar Khalid and Siddique Kappan on bail. Neither of these two men deserved to be in jail in the first place.

Follow us on
Latest News
RSS chief Mohan Bhagwat to arrive in Chhattisgarh for 4-day visit
Kerala’s Islamic institute MIC ASAS teaches Sanskrit to students
India must be ready to lead on Critical Climate Change during G20 Presidency
Can Instagram keep Meta afloat?
Reliance Jio named the strongest telecom brand in India: Report
Reliance Jio strongest telecom brand in India: TRA
How increased capital spending in the infrastructure sector will spur growth of the Indian Economy
Photos
In Pics: Delhi turns into a gas chamber! AQI swings between very poor and severe categories; Health experts worried
3 days agoNovember 11, 2022
Lunar Eclipse 2022: Did you get a glimpse of Chandra Grahan? This is how the Moon appeared in different parts of the world
5 days agoNovember 8, 2022
Happy Guru Nanak Jayanti! A festive look into the celebrations from across the nation
5 days agoNovember 8, 2022
Read More
×
Fifth column by Tavleen Singh: Enough electioneering, Prime Minister
Premium
Across the aisle by P Chidambaram: Blessed are the poor (but not all)
Over the top by Meraj Shah: Pilgrim’s progress
A nuclear spring
Put Indian mining on the centerstage
‘Beware of good intents’