On the top of Raisina Hill in that building we call South Block sits a small army of officials who have grown up admiring the Soviet Union and thinking of it as our forever friend. 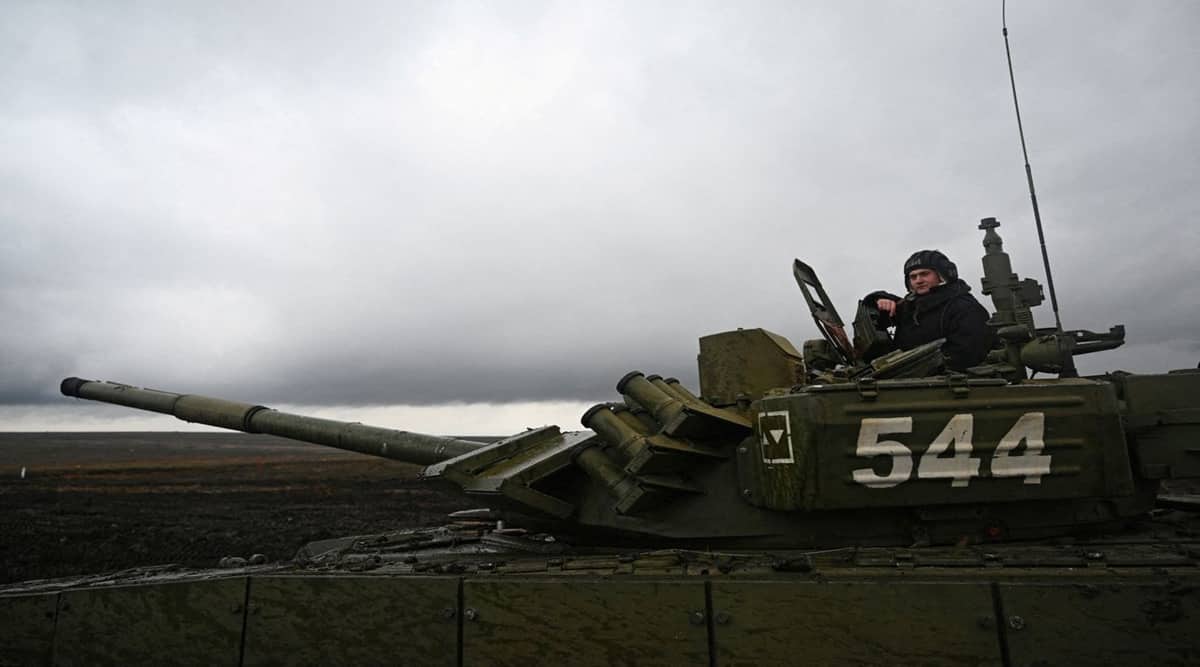 On the promenade in Davos this year there was a heavy Indian presence. Major states set up their own investment offices directly opposite India Lounge. Right next door to India’s main office was Russia House renamed this year as Russia War Crimes House. Inside were photographs and videos of mass graves, devastated cities and the heart-breaking testimonies of people who had suffered brutalities at the hands of Russian soldiers. Almost everyone who attended this year’s unusual summer annual meeting of the World Economic Forum visited the Russia War Crimes House to pay homage.

Ukraine dominated the conversations and discussions held at this annual meeting. On the second evening there was a concert for Ukraine that had an audience of more than a thousand people standing up in silence when the Ukrainian national anthem was the first piece played. In all the years that I have been coming to Davos, almost every year since I first came in 1995, I have never attended an annual meeting that was so completely dedicated to a single subject. Putin’s ugly war. Klaus Schwab who founded the World Economic Forum 50 years ago said that in all the years that this Forum has existed, this was the most momentous because it marked a turning point. He said, ‘History is truly at a turning point. We do not yet know the full extent and the systemic and structural changes which will happen.’

In nearly every session I attended I heard eminent analysts of international affairs point out that we are now witnessing a change in the world order that we have not seen since World War-2 ended. There was speculation on whether we were seeing the start of a new Cold War or a continuation of the one we believed ended when that wall came down in Berlin and the iron curtain fell. The difference is that the new Cold War will be between the United States and China. Not Russia. So, did India make a mistake by not condemning Vladimir Putin strongly for starting his monstrous war that seems not to play by any of the established rules of conflict?

It is sad for me to admit this, but it seems that way. As someone who always looks out in Davos for where India stands in the story of the world, I was disappointed to find hardly any mention of our dear Bharat Mata. Indian ministers and officials were present in large numbers as were Indian journalists, but it seemed only other Indians who noticed their presence. This column has said before that we should have condemned in much stronger words Putin’s horrific war crimes of which the first was the unprovoked invasion itself. This week I repeat what I have said in the hope that the mighty mandarins who devise India’s foreign policy wake up to the reality that it is time for us to choose a side.

Here are our choices. We can either choose to stand with other democracies and say loudly and clearly that Ukraine is suffering only because it demanded the right to be free and democratic. It was Ukraine’s right to choose not to be crushed under the jackboot of a brutal dictator who does not allow his own people democracy and freedom. Or we can choose to continue standing with Russia who in the changed circumstances of the world is the junior partner of our worst enemy. In the new Cold War, the side that China leads represents autocracy and brute force. Is that the side that India should be on?

On the top of Raisina Hill in that building we call South Block sits a small army of officials who have grown up admiring the Soviet Union and thinking of it as our forever friend. I have engaged with some of them on the issue of Ukraine and they have repeated ad nauseum that Russia was only responding to deliberate Western provocation in the form of NATO expanding its borders into what the former Soviet Union believed was its sphere of influence. They always preface this by reminding me that it is they who are the experts on geo-political realities and that I am a mere hack poking my nose into an area where expertise is a prerequisite.

Well, let me say to these ‘experts’ that at this present time in world history they are pushing India into the arms of a formation that will be led by China who has shown us many times that it will never be our friend. It was probably on the advice of these ‘experts’ on geo-political realities that our Prime Minister has met China’s communist dictator 18 times always extending the hand of friendship. The last of these meetings was in Mahabalipuram where Xi Jinping and Narendra Modi were immortalized drinking coconut water together. As picturesque a scene as when China’s leader and his wife were photographed on that Gujarati swing. Even as these pictures were being taken China was planning to send troops into Indian territory.

The mighty mandarins of South Block were wrong then and history will prove them wrong one more time if we choose to stand on the side of autocracy and not on the side of democracy. If this is all that these experts in geo-politics and foreign policy can give us, then it is time to put an end to such ‘expertise.’