There are many lessons that we can learn from what went wrong, but for the man who hopes to defeat Modi in 2024, the most important lesson is that family rule no longer works. 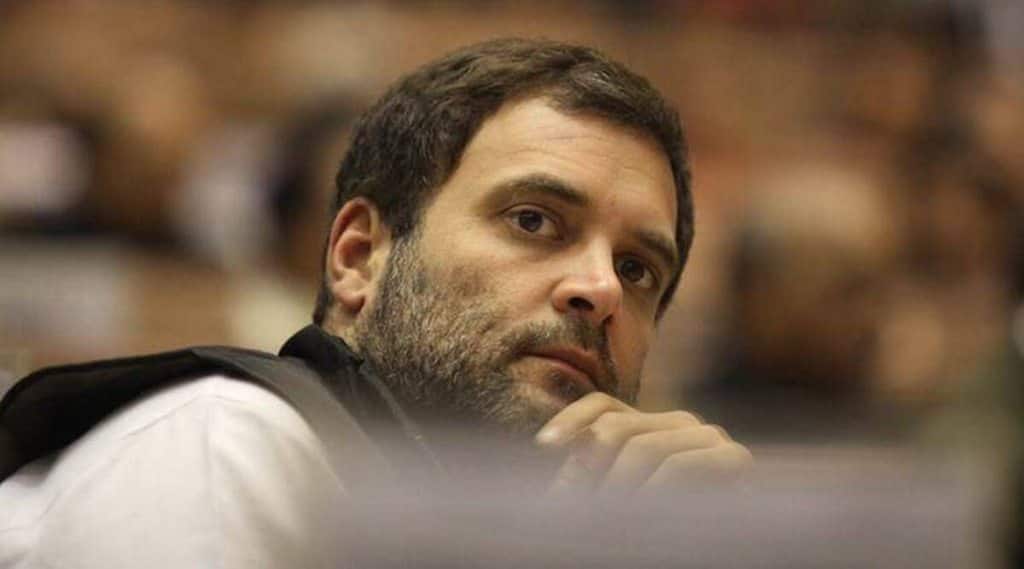 It needs to be said here that reviving the Congress is vital because, despite its flaws and despite being reduced to a family business, it remains our only national opposition party.

Last week Rahul Gandhi disappeared yet again on one of his mysterious trips to unknown foreign lands. Those who keep a record of his travels say that this is his fifth foreign holiday this year. If he were a private citizen, no questions would be asked. But when so many foreign holidays are taken by the de facto leader of our oldest political party, questions must be asked. The general election draws closer by the day and there is no sign yet that the Congress party is serious about trying to defeat Narendra Modi. It needs to be said here that reviving the Congress is vital because, despite its flaws and despite being reduced to a family business, it remains our only national opposition party.

As I write these words, an image floats up in my head of Sonia Gandhi at the India Today conclave in Mumbai in 2017. This was not long after the demonetisation disaster and people were beginning to wonder whether Modi was truly fit to be Prime Minister. So, when she entered the conclave hall, some of India’s biggest businessmen stood up and applauded with all their might. After she said her piece and time came for questions from the audience, one question was whether Madame believed that Modi would win a second term. She said haughtily, “No. He will not come back. We will not let him.”

It was evident that three years into Modi’s first term, the Congress party was certain that it would return, and that our ruling Dynasty would once more take charge of India’s destiny. Was it this certainty, this astounding arrogance, that prevented the party from ever introspecting sincerely about where it had gone wrong? Is this the reason that the Matriarch of the Dynasty has not noticed yet that the Indian voter no longer votes for someone simply because they happen to have an impressive political surname?

If Rahul Gandhi were more interested in political events than in foreign holidays, he would have stayed at home to observe closely what is happening in Sri Lanka. Wherever he is right now, for the sake of the Congress party it must be hoped that he finds time to examine carefully why there is a revolution for real democracy happening in Sri Lanka. There are many lessons that we can learn from what went wrong, but for the man who hopes to defeat Modi in 2024, the most important lesson is that family rule no longer works.

If he understands this and admits that it is time for him, his Mummy and sister to step aside and allow someone else to take control of the party of our freedom movement, he would be doing himself and India a favour. The family does not need to disappear altogether but simply to step away from leadership. What the Congress needs at the top are full-time politicians who are ready to spend all their waking hours rebuilding the party. We need an opposition party because there are serious weaknesses in the Modi model of development. The absence of proper jobs is something everyone talks about, not just in the villages but even in our towns and cities. There are other problems. The UN report on Food Security and Nutrition 2022 reports that half of India’s women are anaemic. And malnutrition in children is so grim that 45 million children below the age of five are victims of wasting and another 149 million are stunted.

The economy is not in a good shape and the administrative reforms that people like me hoped Modi would bring have not happened. This is not a column that delves too deeply into matters of national security, but I have it from experts that the Chinese are still sitting on our territory. And, on account of Hindus and Muslims going through a period of hostilities and hatred, internal security is not in a good shape either. So, there is more need for a strong opposition party than is immediately obvious.

Instead of getting on with this job, word is that Rahul Gandhi is soon off on a ‘padyatra’. He will take 148 days to walk from Kanyakumari to Kashmir. What will this achieve? If the idea is to garner publicity, it is a bad one. As we saw with Rahul’s recent interrogation by the Enforcement Directorate, the media will give the event 15 minutes of attention and no more. If Rahul hopes to learn more about India and the Indian people, he needs to be told that if he has not learned everything yet, it is time to stop trying. As someone who walked some distance with Chandra Shekhar on that other ‘padyatra’ long ago, I can report that the leader had very little time to stop in a village and listen to the problems of the people. There was too much energy spent on walking, so by the time he stopped for lunch or dinner, he was usually too exhausted to do anything but rest. If Rahul thinks he will emerge as a Mahatma at the end of this walkabout, he should think again. Voters these days are much too smart. When they see a gimmick, they recognise it as a gimmick. The best thing that Sonia and her children can do for the Congress party is to gracefully become non-executive members on the board that controls the family firm.