Farmers’ protest far from being illogical 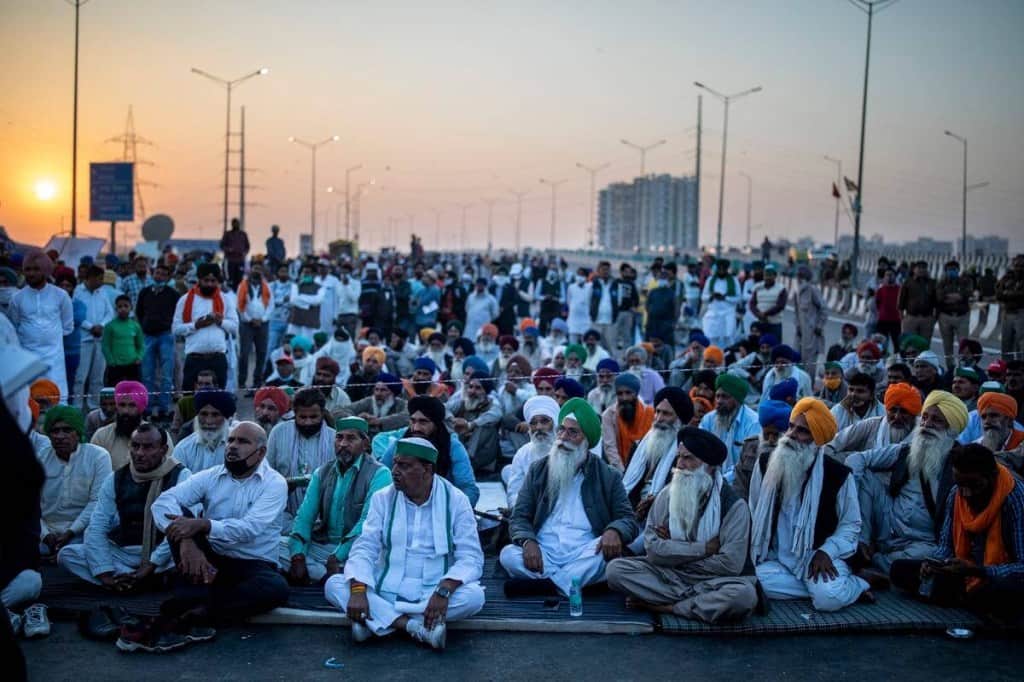 They fear mandis run by APMCs will be closed and MSP system will be abolished in the long run.

The farmers’ agitation, in the wake of the ‘liberalisation’ of agriculture, appears to have taken the government as well as many economists by surprise. Why would farmers protest legislation and policies that allow them more ‘choice’? So far, in most states, farmers were obliged to sell their produce, with some specific exceptions, in the Agriculture Produce Marketing Control (APMC) mandis. With the enactment of the three farm reform laws, farmers can now choose to sell to whoever they want, and the entry of the private sector through contract farming will further allow them to make lucrative deals if they so choose.

The puzzle for many is farmers standing up for mandis, in the face of a strong central government narrative, they are detrimental to farmers’ interests. But, contrary to the largely negative picture of mandis painted in the English press by most metropolitan-based economists and experts, the mandi enjoys widespread trust and support among farmers, not just in Punjab and Haryana, but across India. It is the preferred site for transactions in agricultural commodities between sellers and buyers, and again, contrary to urban lore price discovery is mostly fair and transparent. Barbara Harris-White, an Oxford University don, documented the deeply integrated nature of mandis and agricultural financing in West Bengal. This is true for most states where the mandi system is functional. It is for these reasons, and not the revenues generated by mandis alone, that state-level politicians of all parties have historically resisted pressures from central governments to dispense with the mandi system.

This is not the first time that an attempt to attract private sector investment in agricultural marketing is being made in India. There is little evidence that the entry of the private sector alone will benefit farmers. The abolition of APMC-run mandis in 2004 in Bihar has seen chaotic conditions rule its agricultural markets for a decade and a half now, without a single major corporate stepping forward to create an alternate mechanism for agri-trading. In parts of the state, erstwhile physical spaces occupied by mandis have been encroached and taken over by unscrupulous elements.

Even the co-existence of private players with mandis has yielded little. Between 2014 and 2017, a majority of states, under this very central government’s persuasion, not legal fiat, removed fresh produce from the mandi system’s monopoly. No significant private sector investment in setting up alternate marketing mechanisms followed. Farmers continue to bring the bulk of fresh produce to mandis for sale even today, despite not being legally obliged to do so. Private markets have co-existed with mandis in Maharashtra for over a decade, without the expected gains. Even better thought through initiatives to enlist private investment in agri-marketing, such as the ITC e-chaupal, which permitted large processors to buy directly at their plants in Rajasthan, Gujarat and Madhya Pradesh, and the computerisation of mandis in partnership with a private sector player to bring significant process efficiencies in Karnataka, have not borne a rich harvest.

As the agriculture reform laws do not abolish mandis, the farmers’ protests are seen to be illogical, or ill-motivated, or both. However, farmers appear to sense, that with these reform laws, the government is signalling, even if not explicitly stating, that it will not invest in mandis. It is nobody’s case that APMC-run mandis are ideal agri-marketing platforms. Indeed, their outreach is inadequate, and the private sector is already active, even if illegally, in the purchase of farm produce in countless villages across the country, located at distances that make it uneconomical for small and marginal farmers to transport their produce to the mandi. These farmers usually sell their produce at low rates. Mandis lack infrastructure, and as in most public institutions, rent-seeking is ubiquitous. The outreach of mandis needs to be widened through a hub-and-spoke model, and infrastructure such as storage facilities provided to improve farmers’ holding capacity. Instead, farmers apprehend that the government will simply allow private players to move in and allow mandis to atrophy. It is noteworthy that protesting farmers have demanded the strengthening of mandis.

The farmers’ perception that the government is withdrawing leaving farmers to their fate, apparent in their fears about the retraction of the minimum support price (MSP), is strengthened by the provisions for contract farming in the farm reform laws. Farmers largely view corporates as unwilling to share risks while seeking higher returns for themselves. They have also witnessed declining public investments in agriculture for over two decades now, a fact extensively documented by agri-economists. Notably, reform laws provide no details about the regulation of corporate players. Further, even if provisions regarding their regulation were added, India has a poor record of enforcing laws where powerful interests are concerned.

Farmers seem to understand instinctively what eludes the government and many experts: privatisation cannot substitute inadequate public institutions. They sense that the entry of private players in the context of poor law enforcement does not offer real ‘choice’. In fact, if the government is serious about creating alternative marketing avenues through private sector players, it is even more important to upgrade the mandi infrastructure to give farmers a genuine option of multiple competing platforms. The social and economic capital invested in mandis over the past six decades should not be wasted, but strengthened. Equally, for genuinely productive use of private sector initiative, enhanced provisions for regulation, as well as regulatory capacity, are necessary.

Far from being illogical or misinformed, the farmers’ agitation is rooted in an intuitive discernment of the biggest policy misorientation today, ie, the idea that we do not need to build strong public in institutions, and instead, we can simply privatise. Farmers know that such simplistic solutions don’t work.

Pravesh Sharma leads an agri-start up, and Rashmi Sharma is senior visiting fellow, ICRIER. Both are former IAS officers. Views are personal