The govt can work redistribution or reallocation of input subsidies from agriculturally advanced states to poor and low land productivity states to incentivise small and marginal farmers. 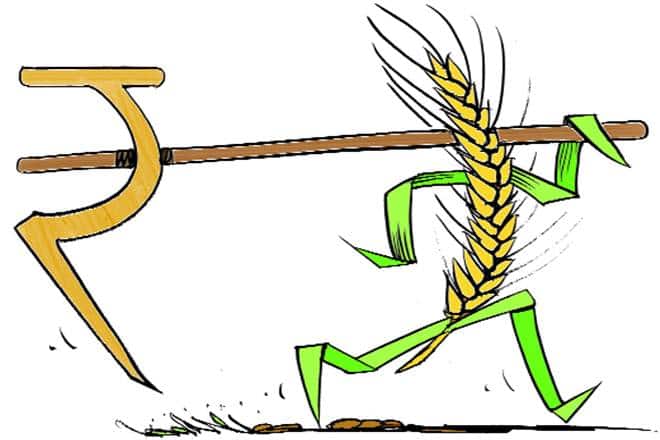 Technological innovations along with price support measures and supply of subsidised key inputs like irrigation, fertiliser, and electricity have played an important role in the growth of Indian agriculture. These support measures have led to a sizeable increase in area and output under cereals in Punjab and Haryana. The procurement of foodgrains at pre-announced prices, followed by their distribution to consumers at highly subsidised rates through fair price shops, was perceived as an accomplishment towards stabilising prices, achieving farmers’ welfare and ensuring food security across the country. A deliberate attempt to keep the commodity prices low and compensate farmers for the loss by charging input prices below the market prices continues—though, of late, eyebrows are being raised on the effectiveness and efficiency of this policy instrument.

The arguments against subsidies rest on grounds of enormous fiscal burden on the government exchequer, diminishing marginal returns from additional expenditure on subsidy in terms of farm productivity, price distortions, overuse of inputs that adversely impact natural resources, and unequal distribution of subsidy across states and farmers. The latest example are the farm loan waivers which have hardly benefitted marginal farmers. While reiterating that input subsidies have outlived their utility, the critics suggest considering their rationalisation if not complete withdrawal. Critics’ concerns must have been in view of ever increasing input prices compared to the output prices, which have increased only mildly, making farming highly unprofitable. Mass protests by farmers is manifestation of squeeze in their incomes and hence a situation of crisis.

A policy shift from price to income support under the direct benefit transfer (DBT) is deemed better as it would incentivise farmers as money is transferred to their bank accounts and bring in much needed efficiency in input use. The government has already initiated pilots in 14 states in the case of fertiliser whereby farmers would make purchases at subsidised rates from the input dealers using their respective Aadhaar cards for authentication at the point of sale machines. The payment on account of subsidy is credited to fertiliser companies only after the retailer has sold fertilisers. The government has sanctioned `70,000 crore per year for the purpose. One may not be sure whether implementation of this scheme and the cost of building infrastructure and e-machines would save government resources, but it is expected to reduce leakages, and provide information on the quantum of fertiliser purchase and, hence, its consumption. The government footed a bill of `72,790 crore on fertiliser subsidy during 2014-15.

We feel that a direct subsidy transfers to the end users, i.e., farmers may be much more advantageous compared to the ongoing scheme. Using the data from All India Debt and Invest Survey of National Sample Survey Office (2012-13), we have estimated the percentage increase in input price in a situation of complete withdrawal of subsidy and its resultant impact on agricultural output. This is taken to represent loss in net agricultural income due to reduction in consumption of unsubsidised input, thereby providing a case that the same amount be directed towards cash transfers in the form of income support. The exercise is based on elasticity of output with respect to fertiliser consumption and the response of latter to its respective price. Our study reveals that a cut down in fertiliser subsidy will result in almost 12% decline in agricultural output at the national level, ceteris paribus changes in demand, price of output and other factors. The estimated amount that the government will have to transfer to farmers to maintain the same level of output and avert income loss is `5,180 per hectare during 2017-18 with considerable variation across different states. It varies from `1,300 per hectare in Chhattisgarh to almost `10,000 per hectare in Haryana depending on fertiliser use and its responsiveness to own price and output in each state. For each year, the cash transfer can be assessed based on the ongoing rate of inflation, optimum mix of fertilisers and their respective prices.

One may not be sure how much DBT to farmers would save governments’ resources but the amount is guaranteed to reach them which is not the case now. Farmers, without undergoing the hassles of authentication, can take independent decisions on the application of fertilisers. Besides, it will help in reducing the transaction cost in creation of digital infrastructure, burden of retailers to maintain records, and errors that often appear using the Aadhaar card. Such an income support measure would be financially sustainable in the long run besides fully compatible with the WTO provision of domestic support as India is often warned to have reached the upper limit of agricultural support at 10% of value of farm output. On similar lines, the cash transfers for irrigation and energy (for withdrawal of groundwater through tube wells) can be worked out in each state. The government can also work on a policy of redistribution or reallocation of input subsidies from agriculturally advanced states to poor and low land productivity states to incentivise the small and marginal farmers. It goes without saying that for DBT to function effectively, the government must update land records and evolve mechanism to extend support to tenants and women farmers deprived of land titles.