Farm loan waivers: Tread with caution – Here is why 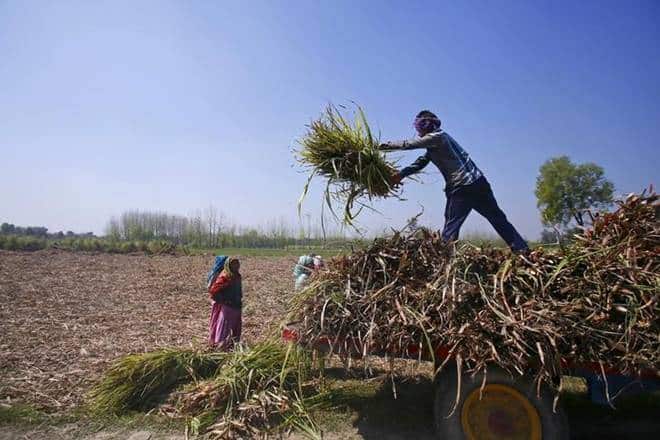 Farm loan waivers: Tread with caution – Here is why

The latest entrant to the loan waiver band-wagon is the chief minister of Karnataka. Many states, including Punjab, Uttar Pradesh and Maharashtra have implemented packages for loan write-offs. We are likely to see more (not less) of these in the run-up to the 2019 elections. Farm loan waivers seem to be the preferred “political” answer to farm distress. While most economists argue that a farm loan waiver is not a solution to agrarian distress, they often justify this as a temporary measure (a painkiller) to start a long process of “repair” of the sector; a repair that often remains unfinished!

Farm loan waivers have become a popular demand and a politically attractive option. But, there exists concerns of equity which needs to be listed. These are:

A majority of farmers do not take loans from banks. It is often the comparatively better-off farmers who are able to access bank credit.
All bank loans are supposed to be insured under various insurance schemes of the government. Therefore, theoretically, loss due to natural calamities should be taken care of by insurance.
Farm loan waivers do not cover loans from the non-banking sector, but cover only private banks.
A major portion of the cost of farm loan waivers are met out of state budgets (Union budget in 2009).

The 12 largest corporate defaulters listed by RBI, and referred for immediate bankruptcy proceedings, owe the banks a total sum of over Rs 2.5 lakh crore, which is only a small portion of the NPAs. Even if a 50% “haircut” is taken by banks, the amount written off will be about `1.25 lakh crore (the total farm loan write off in the country in 2009 was Rs 52,000 crore). The farmers often ask a legitimate question: Why is it that when corporates default (that too when bank representatives sit on the boards of these), these are written off as “haircuts” whereas when farmers default, often due to the vagaries of nature or the ad-hoc policies of the government, there is such strong criticism.

There were implementation errors in the 2009 scheme as pointed out in the CAG report. The same mistakes could occur in all such schemes.

The new government in Punjab announced a farm loan waiver immediately on assuming office. When they got around to analysing the portfolio of loans, they stumbled upon some inconvenient details. Some of these are listed below:

Punjab has about one crore acres of cultivated land and the total short-term credit required per season at the recommended rate of `22,000 per acre is estimated at `22,000 crore, whereas the crop loans outstanding of all banks were around `63,000 crore. There are around 20 lakh farmers in the state whereas all banks together have issued 40 lakh Kisan Credit Cards.

These numbers tell a different story. In the name of short term credit, much larger sums are being advanced, probably on the basis of reclaiming valuable land as collateral. One could argue that farmers need money for other purposes like education of children etc. Why push them to the moneylenders? But, why should a farmer, with less than 2.5 acres of land, get loans of `10 lakh? Either he has other incomes to make him eligible for such loans, or there is significant over-lending. In the Punjab context, the doubt arises whether these big loanees are arhatiyas as well. The fact remains that such big amounts are not crop loans.

Successive Union finance ministers have been announcing increased targets for short-term agricultural credit in their budget speeches. Arun Jaitley announced an amount of `11 lakh crore for this year. This target translates to bank- and region-wise targets. Many banks, under pressure to perform, find the easy way out by giving larger than required amounts based on land as collateral. The farmer does not complain. Why should he? Since bank-wise data is not readily available, a detailed bank-wise analysis is not being attempted here. But, anecdotal evidence suggests that some banks are “better” at this ‘fixing’ than others.

Is there a doubt, therefore, that loan waivers benefit banks more than farmers? Has RBI or the ministry of finance looked at this in detail? I am not aware of any such report in the public domain. It would be interesting to find out how many “farmers”, who have other major sources of income (employed, business persons etc), got the benefit of such a largesse! Seriously, there is a case for a detailed examination by RBI.

Apart from equity and other considerations that should be built into any such plan, state governments should ensure that a detailed analysis of the portfolio of farm loans are available to them before they embark on any such (mis)adventure.

Follow us on
Latest News
Congress releases 22-point ‘charge sheet’ against Gujarat BJP govt ahead of Assembly polls
Transformation of digital marketing due to AI
Voda Idea expands retail presence with 300 new ‘Vi shops’ in rural markets across 5 circles
How technology has evolved the English language
Russia becomes India’s top crude oil supplier in October
2022 FIFA World Cup: This Indian MSME is supplying power transformers for the soccer event in Qatar
Advertising slows down on Twitter as companies watch Musk’s changes
Photos
Dazzling & Astounding! Proposed design of the to-be redeveloped Dakaniya Talav Railway Station in Rajasthan-PHOTOS
22 hours agoNovember 5, 2022
Heart-wrenching! Here is a look at Morbi and the suspension bridge that collapsed
6 days agoOctober 31, 2022
In Pictures: PM Modi in Kargil to celebrate Diwali with soldiers, says, ‘All of you have been my family for years now’
2 weeks agoOctober 24, 2022
Read More
×
Pakistan: Chaos at the cross roads and what it means for India?
Inside track by Coomi Kapoor: Deadline postponed?
Across the aisle by P Chidambaram: No apologies, no resignations
Ringside view by Tushar Bhaduri: Power hitters
Doing Business redux
Paving the way for climate in finance