Explained: Modi’s Bt cotton connection and why his govt needs to wake up on GMO

WIth Bt cotton, India gained about $67 bn in forex from extra exports of cotton & cotton yarn, and savings in imports, over FY03-FY17, compared to business as usual. 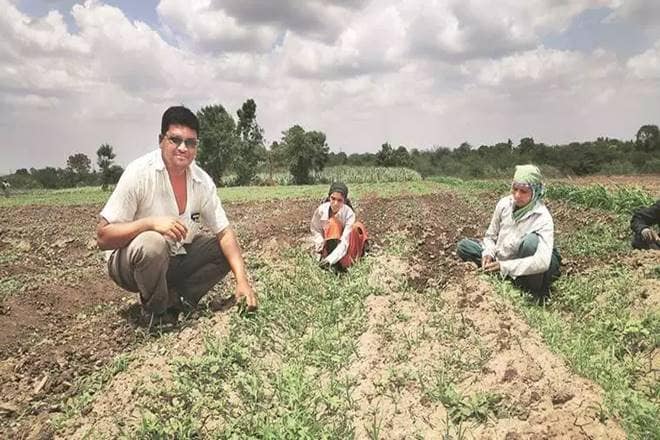 HT Bt cotton is not legally allowed by GoI. But, the government's own committee has estimated that it is being planted on about 15-17% of cotton area. (Express Photo)

The word Satyagraha, meaning polite insistence for truth, is associated with political movements of Mahatma Gandhi for civil rights, first in South Africa and later in India. The famous 24-day Dandi March (also known as Salt March), a nonviolent civil disobedience against the British monopoly on salt in 1930, became a symbol of Satyagraha.

But today, it is much in news because of the civil disobedience movement launched by supporters of Shetkari Sanghatana (SS), a farmers’ organisation, to defy the controls by Government of India (GoI) on the planting of Herbicide Tolerant (HT) Bt cotton and Bt brinjal. SS was founded by the late Sharad Joshi, one of the most prominent farmers’ leader in independent India. He gave up his cushy position in the United Nations to fight for the cause of farmers’ freedom to choose the best farm technologies and to sell their produce to the most lucrative markets at home or abroad. Unfortunately, governments since independence, no matter how much they swear by the name of farmers, have constrained our farmers’ access to best farm technologies as well as best markets. That’s a painful fact which has imposed massive implicit taxation on Indian peasantry to the tune of about $700 billion (cumulative) from 2000-01 to 2016-17, as per a 2018 OECD-ICRIER study.

HT Bt cotton is not legally allowed by GoI. But, the government’s own committee has estimated that it is being planted on about 15-17% of cotton area. Growing any GMO crop illegally attracts a five year imprisonment and a fine of Rs 100,000. But so far, no one had been arrested and the illegal trade has been thriving for quite some years. It speaks of not just a massive governance failure but also its connivance with unscrupulous seed companies where thieves are thriving. Farmers want that technology and are buying those seeds in black markets, at prices much above those declared by the government for non-HT Bt seeds. Now, when SS supporters are openly defying government regulation, GoI has suddenly woken up and asked for action from Maharashtra government. Newspaper reports suggest that one farmer with HT Bt seeds has also been arrested. If the government is really serious not to allow this, let it show its might by arresting hundreds of thousands of farmers who have already planted HT Bt cotton. And why not first arrest the fraudulent seed companies that have been selling these seeds illegally and without any patent. Most people in this trade know who these local companies are and whose shelter they have politically. The big multinational companies, who are the original innovators of HT Bt cotton, have stayed away from this messy business and, in fact, have decided to withdraw most of their high biotech farm technology from India.

Let us peep into this brave new world of GMOs for better understanding. GMO’s have been present on the global platform since 1996 and by 2017, for which I have the latest data, were being planted on almost 190 million hectares around the world. A total of about 67 countries have accepted GM crops, of which 24 are planting and others importing and consuming. GMO crops range from soya bean, corn and cotton, to papaya, brinjal, and even apples and potatoes! And the landscape ranges from developed nations like the US and Canada to developing ones like Brazil, Argentina, India, Pakistan and China (see graph). There have been no cases of human deaths, disease, or injury from their production or consumption.

It may be noted that Bangladesh, not shown in the graph, has also adopted Bt brinjal and area under that is fast catching up. Bt brinjal is an interesting case study as it was cleared by India’s GEAC way back in 2009, but our environment ministry, under pressure from NGOs, could not gather the courage to release it. Now that Bangladesh has taken the same technology from an Indian firm, and is fast scaling it up, will it not be stupid on our part to presume that it will not enter West Bengal, if it has not already done so? GoI needs to wake up!

Almost a similar situation had arisen in March 2002, when it was found that some Indian farmers had planted Bt cotton. The Vajpayee government examined the whole issue considering both bio-safety and farmers’ needs. Then, it took a bold decision on March 26, 2002 to legally allow planting of Bt cotton, the first GM crop of India and the only one so far. He extended the original slogan of ‘Jai Jawan, Jai Kisan’ given by Shastri to include ‘Jai Vigyan’. He was very clear that our agriculture should be science-based. Look at the results of this one bold decision by late PM Vajpayee.

Today, about 90-95% cotton area is under Bt cotton, and India has emerged as the largest producer and second largest exporter of cotton in the world. In a much more detailed study that I did with Kavery Ganguly, we estimated that due to this ‘gene revolution’ India gained about $67 billion in foreign exchange from extra exports of cotton and cotton yarn, and savings in imports, over the period 2002-03 to 2016-17, compared to business as usual. But more important are the gains to cotton farmers, whose incomes doubled. And the maximum gain was to Gujarati farmers. In fact, we found that Gujarat’s ‘agrarian miracle’ of 8% average annual growth rate in agri-GDP during Narendra Modi’s regime as CM from 2002-03 to 2013-14 was triggered and lead by Bt cotton. And this was the famous Gujarat development model that also helped him become the PM of India.

It won’t be an exaggeration to say that Bt cotton has been the secret force behind Modi’s political successes! Given this, can India under Modi 2.0 emerge as a leader in bio-farm technologies, including GMO? Only time will tell.