The biggest change, one universally noted by women in villages across India, from Bihar to Rajasthan, is in attitudes, expectations, beliefs, and knowledge 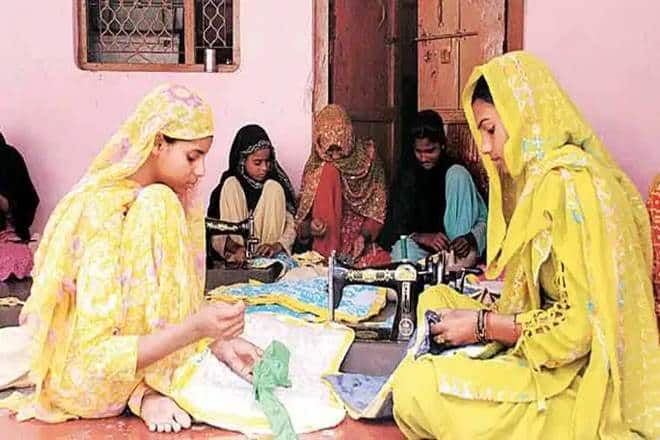 An immediate consequence of this federated structure is that no member of an SHG acts alone; she has a group of 1,200 women behind her. (Representational image)

A continuous stream of news stories of sexual assault against women, and of religious and caste conflicts conveys the impression that India’s commitment to improving the position of women, to secular traditions, and to democracy is tenuous, at best. Though data from Demographic and Health Surveys spanning the period 2005-06 to 2015-16 reveal improvements in women’s agency along some dimensions, India lags behind other countries at a similar level of development in indicators such as acceptance of wife beating, son preference, employment, and women’s control of their own earnings. It is evident that economic growth hasn’t been matched by social progress that ensures the rights and liberties of at least half of its citizenry.

However, though our development in this regard frequently appears excruciatingly slow, incremental changes are occurring. Particularly noteworthy are those that take the form of institutionalised change under the aegis of a large national programme, implemented in an intensive mode in approximately 270,000 of India’s poorest villages.

Also Read
Pakistan: Chaos at the cross roads and what it means for India?
Given its track record, India has the moral heft to bring the developed countries to the negotiating table
Don’t sideline side letters
Inside track by Coomi Kapoor: Deadline postponed?

The National Rural Livelihoods Mission (NRLM), implemented by the ministry of rural development with financial support from the World Bank, promotes SHGs amongst poor rural women. These groups require women to save small amounts ranging from Rs 10-20 every week, supporting internal loans to group members. However, small savings and loans can have only a limited impact on the extreme poverty of these women, many of who live in mud houses without access to running water, and on very low incomes. Improvements in wealth require addressing households’ vulnerability to weather and ill-heath. They also require overcoming problems associated with the small scale of village markets; coordinated investments in local public goods such as schools, health centres, and sanitation; and significant improvements in the governance of local governments responsible for implementing welfare programmes. As is often the case, and as documented in numerous newspaper articles, these local governments frequently benefit richer members of the village economy at the expense of the poorest. Further, they rarely confront the social problems faced by rural women that must be addressed if India is to fulfil the promise of democracy.

Through support for a federated structure of community institutions, the NRLM attempts to address these seemingly insurmountable challenges. SHGs of an average size of 10 women, drawn from the lowest castes and poorest households, residing in close proximity to each other in a homogenous “hamlet” of a village, constitute the lowest level of this structure. Approximately 12 such groups are linked together in a “village organisation” comprising the office bearers of the SHGs within a village. In turn, the leaders of approximately 10-20 village organisations constitute the highest level, a “cluster level federation,” that serves as an umbrella institution for its 1,200 to 1,400 members.

An immediate consequence of this federated structure is that no member of an SHG acts alone; she has a group of 1,200 women behind her. Yet, sheer numbers may be insufficient to overcome the age-old problems caused by the low social standing of women. Institutional changes that ensure a role for SHGs are required, and the government is slowly initiating such changes, vesting these “institutions of the poor” with responsibility for overseeing welfare programmes, local government institutions such as schools, and village governments. More importantly, NRLM also explicitly addresses the capabilities of rural women. In each village, “active women,” with higher levels of schooling and leadership potential, are identified and trained with the set of skills required to ensure the sustainability of SHGs—skills such as book-keeping, social and group management skills, business management, and financial literacy, that many of us take for granted. Once trained, members of this “community cadre” assume the responsibility of training other SHG members.

This federated structure of institutions of the poor bridges caste and geographical divides, bringing together women to confront social conflicts. They are not democratic; generally, the most active and outspoken women, with higher social standing and education, are nominated to leadership positions. But, in villages where these institutions are functioning well, the programme is changing the nature of civic society. The biggest change, one universally noted by women in villages across India, from Bihar to Rajasthan, is in attitudes, expectations, beliefs, and knowledge. I have watched women who have previously never worked outside their homes, have never stepped outside their village without a male companion, and whose lives have been dictated and determined by decisions made by male relatives, take control of their lives. Women are learning to act collectively to challenge graft, monitor village government leaders, and to confront endemic problems such as absenteeism amongst teachers, and alcoholism.

The overall impact of the programme will depend on its reach, measured by the number of functioning SHGs and their membership, and its effectiveness. With regard to reach, data from the ministry’s Management Information System (MIS) suggest that approximately half (63%) of target households (those meeting at least one of seven deprivation criteria as per the Socio-economic Caste Census of 2011) are members of SHGs supported by the Mission. This relatively low percentage reflects variation across states in the year in which the programme was started. The percentage is significantly higher in states such as Bihar and Jharkhand (93% in both) where the programme started early, and lower in late-starting states such as Uttar Pradesh (15%). For a small sample of “early” blocks in Uttar Pradesh, however, MIS data reveal saturation rates as high as 73%. More encouraging is the fact that 68% of SHGs in the country have been federated at the level of the village organisation, 74% report having received basic training by members, and 79% adhere to a set of five principles, or “Panchsutras” (regular meetings, savings, internal lending, repayment and maintenance of books of account), that testify to their quality.

But, enhanced reach does not imply that the programme will substantially improve rural incomes and the welfare of women across the country. Change, unfortunately, is never linear and age-old problems of discrimination against women, particularly those from scheduled castes and tribes, render progress slow. Teacher unions have challenged the authority granted to SHGs in some parts of India to monitor teacher attendance. In other states, elected village governments are contesting the authority of SHGs to work in areas that come under their jurisdiction. And, in many regions, old divides continue to render collective action difficult.

A first step towards ensuring impact is evaluating the programme’s effectiveness, and understanding the factors that constrain its performance at scale. While studies of small pilot programs contribute to our understanding of the determinants of welfare, the effectiveness of large scale programmes frequently turns on implementation constraints that rarely arise in pilot projects. Fortunately, we have a good shot at such an understanding for this particular programme due to the ministry’s willingness to conduct a large-scale evaluation study covering nine states and approximately 27,000 households. The evaluation, currently underway, is jointly funded by the ministry and the Bill and Melinda Gates Foundation, and is being conducted by an external team of academics. The first reports from the study will be available in early 2020.

Our ability to significantly redress age-old problems of discrimination against women, and enhance their welfare requires societal changes in norms and cultures; India’s experience shows that high rates of economic growth, by themselves, are insufficient to ensure such changes. It remains to be seen whether the visible improvements in civic society, engendered by the programme in some regions, translate to nation-wide changes. Our challenge is to ensure that they do.

Author is part of a team, along with researchers from The International Initiative for Impact evaluation and Vrutti Livelihood Resource Centre, engaged in an evaluation of NRLM. Views are personal

Follow us on
Latest News
Galaxy Racer joins hands with Sunburn for Valorant India International
Deribit hackers move stolen Ether to Tornado Cash
Son can’t get details of deceased mother’s pension account without death certificate – CIC order
Samsung Galaxy S23 series confirmed to come with Qualcomm chipset
Victory for PM Modi’s ‘mission’: BJP lauds Supreme Court order upholding validity of EWS quota
GreenCell receives Rs 450 crore sanction to develop e-buses
‘Act now’ to stop ‘abuse’ of power: Imran writes to Pakistan President
Photos
Dazzling & Astounding! Proposed design of the to-be redeveloped Dakaniya Talav Railway Station in Rajasthan-PHOTOS
2 days agoNovember 5, 2022
Heart-wrenching! Here is a look at Morbi and the suspension bridge that collapsed
7 days agoOctober 31, 2022
In Pictures: PM Modi in Kargil to celebrate Diwali with soldiers, says, ‘All of you have been my family for years now’
2 weeks agoOctober 24, 2022
Read More
×
Given its track record, India has the moral heft to bring the developed countries to the negotiating table
Data Drive: The adpatation agenda
Premium
What’s in a definition?
Don’t sideline side letters
Will Lula’s Brazil be a game changer at COP27?
Pakistan: Chaos at the cross roads and what it means for India?