ASEAN countries have been the biggest beneficiary of this structural shift in global supply chains—between 2017 and 2018, the total FDI into ASEAN has more than doubled to $180 billion, and so did the number of Chinese companies setting up plants there, after being pushed by their MNC customers. 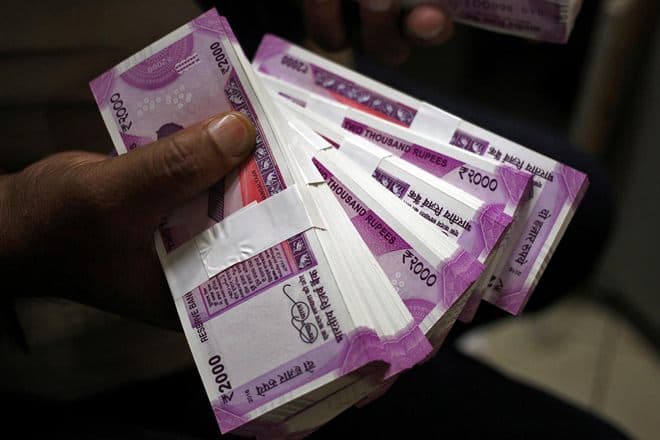 ASEAN countries have been the biggest beneficiary of this structural shift in global supply chains—between 2017 and 2018. (Reuters)

Prime minister Modi has set a GDP target of $5 trillion for 2024-25. This translates to nominal growth rate of around 12%, assuming minimum change in the value of Indian rupee vs the dollar. Amitabh Kant, in one of his blogs, writes ‘export or perish’ and, in a recent comment, said that unless we can significantly grow our exports, which have shown a decline on 1.9% y-o-y for April-June 2019, we will find it difficult to reach this 12% growth rate. While global trade has been on the slow track for some time now, the ongoing trade war between US and China offers India a unique opportunity, which it should exploit by targeting and attracting the investors moving out of China, most of whom seem to be selecting other developing countries for relocation.

While the government, as per media reports, is planning to offer specific incentives to attract them to India over other competing countries, particularly the ASEAN countries, it is important to understand why India is not the ‘default’ location for the large-capacity shift away from China, given its big advantage on both the demand and supply side, the size and growth of its market, and the size and cost of the labour force.

Let us first size the opportunity. Over 50% of Chinese exports of over $550 billion is impacted by US tariffs. This is before the additional 10% tariff, announced by president Trump to be levied from September 1. The five most affected sectors are electrical and electronic machinery, industrial machinery, furniture, automotive parts and products, and plastic. Other than having a competitive ecosystem for electronics manufacturing, India has significant capacity and capabilities in the other industries, which global companies can tap into quickly. ASEAN countries have been the biggest beneficiary of this structural shift in global supply chains—between 2017 and 2018, the total FDI into ASEAN has more than doubled to $180 billion (as a comparison, total FDI into India in 2018 was $42 billion), and so did the number of Chinese companies setting up plants there, after being pushed by their MNC customers.

Vietnam has been the biggest recipient of this investment, followed by Taiwan and Malaysia. Nike now produces more goods in Vietnam than in China, a telling fact of the massive shift occurring in global supply chains. There appear to be three main reasons for Vietnam being preferred. The first is their FTAs with EU and US, in addition to its attraction as a location for supply into the growing inter-ASEAN trade. Second, they are seen to have a similar regulatory regime and cultural affinity with China, with their strong central policy and authority system, low language barriers and similar labour productivity, and, finally, perceived lower infrastructure risk due to geographic proximity. Over 50% of the new investments are targeted for Hanoi, just south of the border, and suppliers find locating there easier, faster and less risky. The companies also believe that they can leverage the infrastructure in the South China Sea.

These are formidable advantages to compete against. To make India an attractive location for manufacturing, the NDA government, in its last term, rightly focused on significantly improving the Ease of Doing Business (EoDB). There is still work to be done, which was well articulated by a retired senior government official at an interaction with the industry when he said, “We have done very well with the low hanging fruits. The tough reforms like issues around contract enforcement now to be tackled to improve EoDB further”.

But, it is important to understand that EoDB is only one of the three ‘oDBs’ that these potential investors mention when asked why not India? First, is CoDB—the ‘Cost of Doing Business’, which continues to be relatively high compared to many of the competing developing countries due to lower productivity-linked labour cost, high cost of industrial power and land, high capital cost, and high logistics and compliance costs. Even with SEZ rules, we lag behind other countries. It is the second oDB that is most worrisome—RoDB or the ‘Risk of Doing Business’ in India. Closer probing of RoDB reveals that potential investors find the regulatory uncertainty much higher in India, and they point to the policy changes by the government, some with retrospective effect, and, in some cases, seeming to favour local companies over overseas ones. Adding to this list are the cost overruns and delays in project execution, and, more critically, the long and costly judicial process, where India is rated behind many of its competitors. Ideas like fast track courts for major industrial disputes or setting up Indian Courts and Tribunal Service to provide high quality administrative and support services can surely help improve our global performance on the critical dimension of long and costly contract enforcement. In a global environment fraught with uncertainty a high RoDB in any country becomes, for many global firms an emphatic ‘no-no’ for new investments there.

Today, India competes as a cost-effective manufacturing location not with high-cost developed economies, like China did so effectively with its massive SEZs in the late twentieth century. We compete with other developing countries, many of them in our neighbourhood, who are all hungry for FDI. India has the natural advantages of being the largest and fastest-growing economy, widely spoken language of global commerce, and a culture that makes it easy for global companies and expatriates to work in. Even if our courts are slow, we do have a legal system with a longer history and independence than most other countries. Giving a good incentive package to attract the companies leaving China is necessary to overcome some of the cost disadvantages faced by India on factor markets and taxation. But, if we have to win this battle for FDI, we have to focus more than just on EoDB, and give the two other oDBS—CoDB and RoDB—an equal and urgent importance for improvement.