End of the agri-reforms road?

The repeal of the farm laws may not mean that. Indeed, this bold ‘step back’ could pave the way for more inclusive and long-term reforms 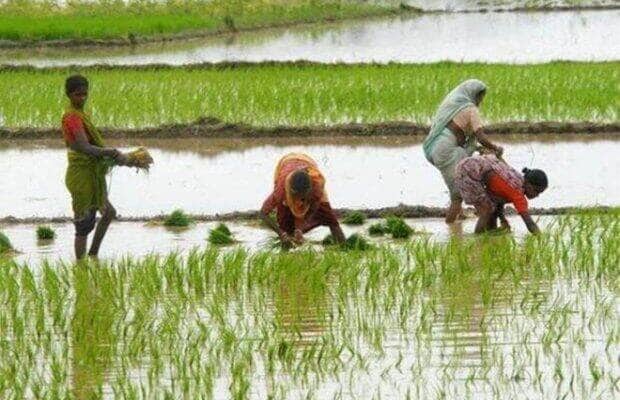 This bold and strategic ‘step back’ can actually pave the way for something more inclusive, valuable and long-term!

Prime Minister Narendra Modi announced the Government’s decision to repeal all the three farm laws. The binary of victor and vanquished is purely political. This will die out sooner than later. Whatever be the narrative, the government’s willingness to correct something that has perceivably gone wrong should be welcomed. PM Modi has also announced the constitution of a multi-stake holder committee to go into the questions of MSP, its transparency and expansion, and incentives for sustainable farming.

Hopefully, this shouldn’t mean the end of reforms. It would appear that the reforms initiated in June 2020 did not get much political purchase and hence were considered a bad ‘investment’. MSP, on the other hand, may have a larger political impact and hence a better ‘investment’. One must wait to see how this plays out.

What next? For a start, the three laws will be repealed by moving appropriate bills in Parliament. After the legal requirements are complete, the two new laws (FPTC Act and FAFS Act, i.e., mandi bypass Act and the contract farming Act) will go off the books, and the Essential Commodities Act will stay sans the amendment. All the earlier powers available to the government for imposing stock limits etc will stand restored.

The government myst not give up on reforms in agriculture. There is a way forward—in the slow lane, may be, but worth traversing the distance!

Of the three laws, the amendment to the EC Act was the least problematic. A predictable format for imposing stock limits was the right approach. While apprehensions were raised about hoarding, ad hoc imposition of stock limits at will helps neither the farmers or the consumer. In any case, imposition of stock limits is as good as its implementation by the states. Predictability in policy is an essential requirement in a market. The idea of a predictable policy on stockholding may find favour with most of the producing states. This amendment can be brought back after consultations. The Centre can also, via an appropriate delegation, vest these powers in the state governments and restrict itself to import-export controls.

This takes us to the most controversial of the reforms, the APMC bypass law. Rhetoric apart, farmers and consumers both need markets and they will continue to exist, regulated or unregulated. Private sector will also continue to play an important role. These cannot be wished away. Of course, there is no doubt that markets (mandis) need reform.

There are five important parts to this reform: (1) farmers should have the freedom to sell anywhere in India to anyone they prefer at anytime they choose; (2) there must not be multiple taxation on these sales or any restriction on movement before or after sales; (3) agricultural markets are functioning successfully only in a few parts of India, the large swathe of informal markets, particularly rural and tribal markets need a major upgrade and a better connect to the value chain; (4) farmers need a better value capture in the agri-value chain and this needs transparent system; (5) APMCs need to be transformed to farmer-owned institutions and both traders and government need to step back.

Can states be incentivised to reform agriculture as recommended by the XV Finance Commission? Can the Centre bring in a law covering only inter-state trade in agriculture including regulations for e-NAM and a national market?
The PM has indicated his decision to consult farmers, experts and state governments on the way forward. This consultation process, if steered well, can cover a wide range of issues related to food, nutrition, agriculture and sustainability.

Given the complexity of Indian agriculture, a consensus may be elusive. But that is no reason to give up the effort. Understanding the problems of farmers in different agro-climatic regions and the challenges faced by resource-poor farmers and poorer consumers could form the background of such a consultation. There are enough people who are willing to work towards a fair and implementable solution

This might mean designing a new architecture for agriculture based on the following: food and nutrition for our people, i.e., healthy and varied diets; economic sustainability and well- being of farmers, sustainability of soil, water and other ecological factors and better institutional support. Such an architecture calls for a decentralised approach based on providing adequate ‘space’ for local solutions, implementation and innovation. The new policy framework can lay down clear objectives and priorities and link all incentives and disincentives to measurable outcomes based on these core objectives.

This bold and strategic ‘step back’ can actually pave the way for something more inclusive, valuable and long-term!

Follow us on
Latest News
Book Review| The Dolphin and the Shark: Stories on Entrepreneurship
Contributor to climate change! Holiday ‘hot’ spots
Is there anything like good alcohol? Find out
Emirati businessman Dr Bu Abdullah alleges misuse of his name by digital currency company
IVY growth celebrates first-year anniversary with a whooping 65+ startup investments
Migraine myths: Here are things YOU must know
Health benefits: Carrots are a storehouse of nutrients
Photos
Dazzling & Astounding! Proposed design of the to-be redeveloped Dakaniya Talav Railway Station in Rajasthan-PHOTOS
8 hours agoNovember 5, 2022
Heart-wrenching! Here is a look at Morbi and the suspension bridge that collapsed
5 days agoOctober 31, 2022
In Pictures: PM Modi in Kargil to celebrate Diwali with soldiers, says, ‘All of you have been my family for years now’
2 weeks agoOctober 24, 2022
Read More
×
Doing Business redux
Paving the way for climate in finance
Must banks be big to succeed?
Money over mental health: Are we still prioritising our people?
Protecting competition in the digital space
Data Drive: IT hiring cools