The committee system is the most vibrant part of our democracy, throbbing with constructive ideas and a non-partisan view on critical issues. 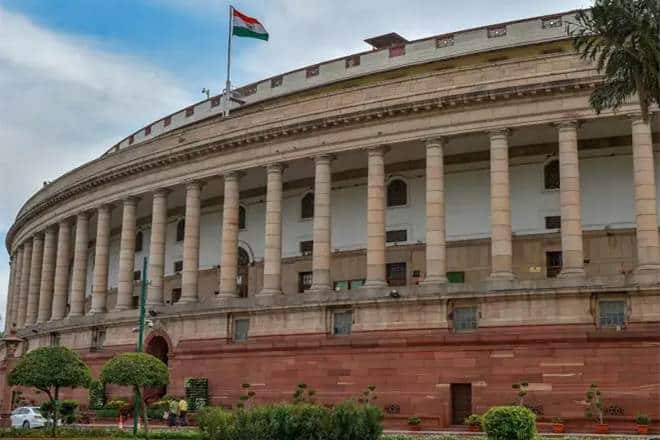 In the current scenario, India finds itself heading towards a virtual or hybrid monsoon session.

The parliamentary system demands transparency and accountability in governance. Holding regular sessions, therefore, is intrinsic to its character. Parliaments across the world, amidst the Covid-19 crisis, have been conducting their sessions using a hybrid system where the majority of the members participate through a virtual medium with only a few attending in person. In the current scenario, India finds itself heading towards a virtual or hybrid monsoon session.

The question, however, is not only of the parliament sessions but also the parliamentary committee meetings. The Parliament Secretariat believes that these committee meetings cannot be conducted in virtual or hybrid spaces. However, why the ‘residuary powers’ of the presiding officers of both Lok Sabha and Rajya Sabha are not being invoked to create an enabling environment is not understable.

Published reports and articles regarding parliamentary committee meetings often cite that these are held in a closed room, ensuring confidentiality. In an open or breachable online forum, such meetings may not be in line with the rule position. Thus, demands of holding such meetings virtually, by members like Jairam Ramesh, chairman of the parliamentary science and tech committee, are repeatedly thwarted. As per the procedure, any change in the rule has to be first approved by the Committee on Rules, and thereafter by the House. But, as with the chicken and egg analogy, neither will the House sit in full capacity, nor will the rule position ever change.

There is a way out. The rule can be changed by invoking the residuary powers. Rule 266 states “All matters not specifically provided for in these rules and all questions relating to the detailed working of these rules shall be regulated in such manner as the Chairman from time to time direct”. And, Rule 389 enumerate similar powers for the Lok Sabha speaker.

The Covid-19 pandemic induced lockdown has drawn all the Committee deliberations to a complete standstill for the last three months. A feeble start\ with a meeting of the committee on science and technology on July 10, showed that few members (six members attending out of 31) would be willing to attend in person, further indicating that virtual pathways of interactions stand resolute.

India does not expect business as usual from the Parliament in the light of limitations imposed by the pandemic. It has to learn to adjust to a virtual or hybrid space and progressive suggestions towards conducting business in the committees is indeed pertinent at this juncture. The Parliament is endowed with over a dozen technically well-equipped committee rooms. These can be further augmented with high powered internet, digital screens and raised sections. Committee meetings may be organised in a webinar format with chairpersons of committees and relevant staff being present at the location. All members, officials, ministry representatives and other stakeholders/witnesses can uplink from laptops or smartphones wherever they may be.

The committee system is the most vibrant part of our democracy, throbbing with constructive ideas and a non-partisan view on critical issues. Members from different ideologies work together, asking relevant questions and contributing valuable suggestions. Committee reports are live testimonies of members working as a team for the betterment of the nation.

Over parliamentary history, not even 1% of the parliamentary reports have dissenting notes, marking the near unanimity in the committee functioning. It may come as a surprise, but more than 80% of the recommendations made by various committees are accepted by the government of the day, which speaks a volume of the relevance of these committees in India’s parliamentary system. There needs to be an urgency to commence the full spectrum of the virtual or hybrid committee meetings. India is the largest and most vibrant democracy in the world, it has a larger responsibility towards constitutional obligations, and it must stand upright and embrace reality.

Follow us on
Latest News
US Stock: Market to remain focussed on Fed’s November rate hike
Domestic payments: Migrating to new payment, reconciliation tools can be a challenge for SMEs: Report
Delhi’s air on brink of turning ‘severe’, stubble burning share 22%
Tata Steel’s Jul-Sep net profit plunges 90% to Rs 1,297 crore
Employees working under Railway Board in different zones to be treated equally: SC
Virat Kohli goes ballistic over ‘invasion of privacy’ after his Australia hotel room’s video goes viral – What exactly happened
US active jobs index dips 14% in October 2022, says GlobalData
Photos
Heart-wrenching! Here is a look at Morbi and the suspension bridge that collapsed
1 hour agoOctober 31, 2022
In Pictures: PM Modi in Kargil to celebrate Diwali with soldiers, says, ‘All of you have been my family for years now’
1 week agoOctober 24, 2022
In Pictures: PM Modi inaugurates Deepotsav in Ayodhya; World record set by lighting of over 15 lakh diyas
1 week agoOctober 24, 2022
Read More
×
Data Drive: Festive boost to auto sales
Hunger index reads India wrong
Twitter at a crossroads
Powered by integration
Fifth column by Tavleen Singh: A new Congress President. Really?
Over the top by Meraj Shah: Playing the percentages