Education – the last frontier: Child labour can end only with access to education, says Kailash Satyarthi 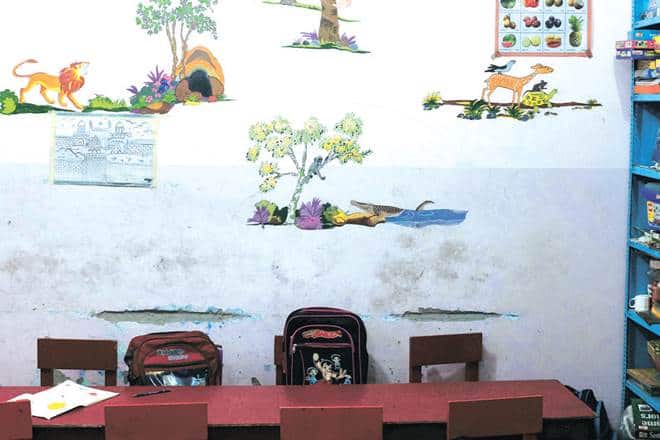 'The mapping of the human DNA and biotechnology are opening doors that were earlier believed to be permanently shut.' said Kailash Satyarthi.

The mapping of the human DNA and biotechnology are opening doors that were earlier believed to be permanently shut. A small hand held device can now hold, transmit and share knowledge that legions of priests in an earlier era could never dream of. And yet, amidst all this excitement of new discoveries and new conquests, we face a stark and brutal reality: more than 170 million children across the world are denied the fundamental right to education because they are compelled to toil as child labour. A key SDG goal of the United Nations is education for all by 2030. The moral and economic challenge that confronts us now is the one of bringing down the shameful number of 170 million as close to zero as possible in one generation of sustained effort. Indeed, there is a magic wand that can be waved: and that is access to education for all children.

Education has the power to not only transform an individual, but entire communities and nations. Any society that claims to be civilized would ensure that every child, no matter from what background, enjoys access to education. It is education that empowers and provides children the means and the freedom to chase their dreams. Moral dimensions matter; as does simple economics. Let’s take the example of ethnic Indian Americans in the United States to illustrate this powerful point. The per capita income of India is still below $2,000 a year. But in America, Indians are the richest ethnic community with a median income of more than $100,000 a year. That is simply because ethnic Indians are the most highly educated community in America. That is the transformative power of education.

Also Read
Once a PSU, always a PSU
Gold without glitter
Evaluating Mintzberg’s 10 schools of thoughts for strategy formulation
The G20 Presidency a big deal for India

One major reason why India is a laggard and persistently poor performer in terms of human development indicators as well as economic growth is education, or the lack of this as a fundamental right. Till the 1960s, India reported higher per capita incomes than almost all Asian counterparts excluding Japan. Today, those countries,including China are far ahead of India in terms of economic prosperity. One key reason is that literacy rate in those countries is well above 90% while we are still struggling with a literacy rate of about 70% in India. A United Nations study demonstrates that every year of additional education leads to an improvement of almost 0.4% in GDP growth rate.

The Bal Mitra Gram concept promoted by us in many states has created many inspirational stories. One of them is 20 year old Fatima who belongs to small and deeply conservative Muslim dominated village in the Meerut district of western Uttar Pradesh. Like millions before her, Fatima faced a life of early marriage and the end of dreams. But when the young girl was made a leader of a Bal Panchayat more than 10 years, she discovered a new world of opportunities. She became the second girl from the her village to pursue a graduate degree in Meerut. There are 11 more girls like her from the village doing the same now. Fatima mentors and provides free tuitions to more than 100 children in her village of which about 50 are girls. And she is determined to become an IAS officer. India needs millions of more inspirations like Fatima.

We are and will always remain deeply committed to universal access to education for children and the elimination of child labor. Both are directly inter linked. But there just much that we can achieve in a vast nation like India with our limited resources. Education, like health, remains universally recognized as a public good and no State can absolve itself from the moral duty of investing in this public good. The private sector cannot be the solution. Every nation in the world that has achieved very high literacy rates has benefited from massive and sustained public investments in education. This holds good even for the so called capitalist countries in Western Europe and North America.

Unfortunately, the Indian State seems have abdicated this responsibility for decades. To be sure, welfare schemes like Mid Day meals and NREGA have led to a big rise in school enrollment. And policies like Right to Education have offered poor children a window of opportunity in private schools. But it is simply not enough. Recent data suggests that almost 50% of children in India still drop out after primary school. And the figure rises to 75% after secondary school. To befit with, investment in education as a share of GDP must be doubled from the current level of about 3%.

That would be a good beginning. But it would just be a beginning.