Education reform: Why role of regulator, service provider and policy maker must be separated 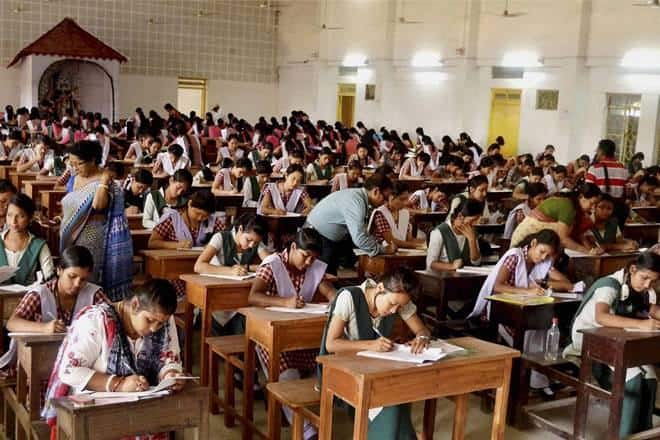 The massive regulatory cholesterol in higher education was justified saying “there are not enough colleges”, “not everybody can afford private colleges”, “it is very hard to measure the quality of a college”, and “consumer choice is often restricted by geography”. (PTI)

Government regulations are justified in the name of creating public goods (assets where private sector animal spirits alone are not enough), controlling externalities (reducing costs imposed by somebody on everybody), reducing information asymmetry (protecting uninformed consumers) and ending monopolies (giving consumers choice). The massive regulatory cholesterol in higher education was justified saying “there are not enough colleges”, “not everybody can afford private colleges”, “it is very hard to measure the quality of a college”, and “consumer choice is often restricted by geography”.

We believe that 2017 is very different from 1947, and make the case that India’s higher education regulation needs a radical rethink for three reasons: supply now exceeds demand, there’s a new world of work, and there are diverse education motivations. It is time to give up tinkering at margins, and for the MHRD to replicate the ambition, scale and courage for reform that ended the licence raj in 1991.

More than 30% of engineering and MBA seats are empty; a hospital entrepreneur recently told us that his first hospital was in a hotel closing down; his next few were going to be in engineering colleges closing down. Even though government colleges and universities (about 45% of the total graduate and under-graduate total) are massively subsidised (Delhi University only gets 5% of its costs from fees), many seats beyond the top 25 institutions are empty even though essentially free.

The problem has shifted from quantity to quality, or, as educationist John Gardner said, from being equal to excellent. Essentially almost any child in India who wants a degree can get one, students are getting better at making choices, and unemployability is bigger problem than unemployment.

Over the next few decades, changes to the world of work could include the end of the lifetime employment contract (replaced by a more flexible taxicab relationship), accelerated automation (capital substitution of labour), and accelerated human obsolescence (knowledge and skills become out of date faster). These powerful forces are already affecting employer longevity (the average life expectancy of a Fortune 500 company is down from 65 years in 1955 to 15 today) and creating a divergence of interests between younger and older workers (only 7% of private sector employees are now trade unions members in the US). The notion of job giving you security for life in one big institution with regular increments and an index-linked defined benefit pension is quaint if not almost extinct.

The 10+2+3+2 academic system assumes that most learners are young, i.e., they spend 20 years learning and 40 years earning, and makes life very difficult for adult learners. It often looks down upon institutions focused on learning-for-earning (employability) over learning-for-living (knowledge for a good life and citizenship). Its regulation’s mental model is a physical classroom (20 million) and looks down upon other kinds of classrooms like distance/online learning (5 million) and apprenticeship (0.4 million). But most learners in the next 20 years will not always be young, not always be able to pursue learning full-time, not always be able to commute to a physical classroom, and not always be able to complete their course at one go, and will often be pursuing education with the sole objective of getting a job.

What does radical education reform look like? India’s higher education system will not be self-healing or scalable until we separate the role of the regulator, service provider and policy maker. India’s education system will not deliver employability unless there is full freedom to universities to craft their courses (duration, terminology, recognition of prior learning) and full freedom to launch online courses (there should be no approval and all universities irrespective of age and ownership should be free to launch). India’s higher education system will never deliver results till we fix school education which means amending the Right to Education Act with the Right to Learning Act (shift focus from hardware, decentralise powers, reduce BEO corruption, etc). We have reached the limits of more cooks in the kitchen, what we need is a new recipe; it is not clear that UGC’s overly restrictive bureaucracy and regulations have been able to halt the decline of the university systems research or employment outcomes. AICTE (the regulator of engineering education) has done better than MCI (the regulator of medical education) because it created brutal competition (they should be proud of 30% empty engineering seats and the substantially lowered costs of becoming an engineer). While it may have been impossible or undesirable in 1947, it is time now for higher education to move to policy making being in government hands, service provision by private sector and a separate government body, and regulation of both government and private entities by a non-profit, independent regulator. These are big leaps, but India’s demographic dividend and skill challenge means we need bold solutions. And the most important argument for heavy handed regulation—consumer protection—is no longer as potent as it used to be because students and parents are more aware. This doesn’t mean there will be no fraud; just that it is better to put fraudsters in jail than to hold back the ambition, energy and creativity of first-generation entrepreneurs in creating new colleges and universities.

Industrial revolution led to mass schooling, the service revolution led to mass college-enrolment, but nobody knows where the automation revolution leads us to. But we do know that strong foundation of K-12 education (the 4Rs of Reading, wRiting, aRithmetic and Relationships) and a convergence between the skill and higher education system by making it more multi-modal, modular and flexible could improve the odds.

Globally, education is shifting from a know-it-all mindset to a learn-it-all mindset, but massive innovation in India is not happening because regulatory cholesterol does not allow universities and entrepreneurs to make millions of statistically independent, genetically diverse tries. We need them. All they need is regulators to get out of the way.