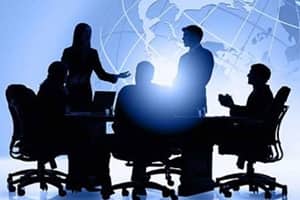 Given faster and more nuanced settling of commercial disputes is a pressing requirement for improving India’s showing on the ‘ease of doing business’ front—out of 189 economies in the World Bank Ease of Doing Business 2015 rankings, it ranks 178th and 136th  respectively, for ‘enforcing contracts’ and ‘resolving insolvency’—it is welcome news indeed that the country will have a blueprint for commercial courts by as early as end of April. As per The Economic Times, the final shape of the dedicated dispute resolution mechanism will be decided at the three-day conference of chief justices that starts on April 22 in Delhi. The existing mechanism has proved both inadequate—of the total of 32,656 civil suits pending at the five high courts with original jurisdiction in India, 16,884 (or 51.7%) are commercial disputes—and ill-equipped, given there is a lack of specialists handling commercial disputes; this has not only impeded business in India, but also has undermined the government’s efforts to attract foreign investment.

The recommendations made in the 253rd report of the Law Commission, incorporated in the Commercial Courts, Commercial Division and Commercial Appellate Division of High Courts Act 2015, already provide a very good framework for the actual structure of such courts. The commercial courts, held equivalent to district courts, will come up in states and Union territories where high courts don’t have ordinary original jurisdiction. While this dedicated system will bypass the existing mechanism that is clogged by pendency, the 90-day deadline for completing hearing and pronouncing judgment after the closing of arguments will ensure much faster dispute resolution, especially given any challenge to the judgment will be taken up by the associated appellate body and a final outcome delivered within six months of the filing of the appeal. The breadth the Act provides to the ambit of the commercial courts also means that there can be only very few commercial disputes that can’t be tried by these courts. The Act also mandates that all appointments to the commercial court, the commercial division and commercial appellate division of the high court consider only judges with experience in dealing with commercial disputes—this would mean there could be greater attention paid to the larger implications of a judgment for both businesses and business sentiment.

Also Read
Why management is both art and science
Understanding the four Vs of operations management – volume, variety, variation and visibility
Financing deficit
Gaining from cultural heritage