Piecemeal consulation by Trai only makes it worse

Written By The Financial Express 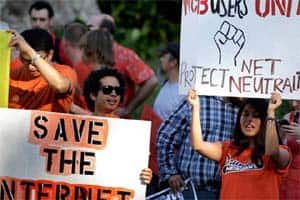 When reinforcing this principle later, for reasons best known to it, Trai chose to bring in the concept of ‘intranet’ services which were to be kept out of the ambit of its ban on differential pricing of data services.

In its desire to prevent telcos from violating supposed net neutrality principles—which have still not been spelt out fully—Trai has gone and made things worse, going by another consultation paper it has floated on one part of the net neutrality issue last week. While the larger issue of who will build the internet for a billion Indians who still have no access to it if the profits of telecom companies are hit remained unanswered, Trai had gone and banned differential pricing of data services a few months ago. When Bharti Airtel was forced to withdraw its Airtel Zero plan—this was due to a public outcry and not by the regulator, but the same principles were reiterated by Trai later—this was done on grounds that smaller players would be disadvantaged by it. Under this plan, for instance, a Flipkart could have an arrangement with a Bharti Airtel which ensured users could access the site for free, while the data charges would be paid by Flipkart. Since smaller players like, say, a Tinykart, wouldn’t be able to afford to work a similar deal with a Bharti Airtel, net neutrality activists opposed Airtel Zero and the company withdrew it.

When reinforcing this principle later, for reasons best known to it, Trai chose to bring in the concept of ‘intranet’ services which were to be kept out of the ambit of its ban on differential pricing of data services. With Airtel applying for permission to use this loophole for new data services, and others like RJio likely to follow suit soon, Trai is now trying to see if free data can be provided to consumers. In terms of our Flipkart example, what is being proposed is that if Flipkart is willing to pay for surfing charges to all telcos—not just Bharti Airtel—then that is ok since the telcos will no longer be ‘gatekeepers’. But, going by Trai and the net neutrality activists’ arguments, this is still problematic since Tinykart can’t afford to sign a similar deal with all telcos. And if Tinykart can’t do this, this means any seller who is on Flipkart is automatically at an advantage versus a seller on Tinykart—in which case, all that has happened is that the power has shifted from the telco to Flipkart. There are several other such examples, but the short point is that by trying to fix a problem that does not exist, Trai is just adding to the confusion. A much better solution would have been to let the market develop and intervene only when very definite cases of abuse could be proved.

More Stories on
Bharti AirtelNet Neutrality
Next Story
India largest producer, consumer, importer of pulses. Here’s how we can be self-sufficient