Owing to large volumes of pharmaceutical products being traded across the globe, supply chain complexities have increased manifold over the years and given rise to issues concerning the security and authenticity of products. 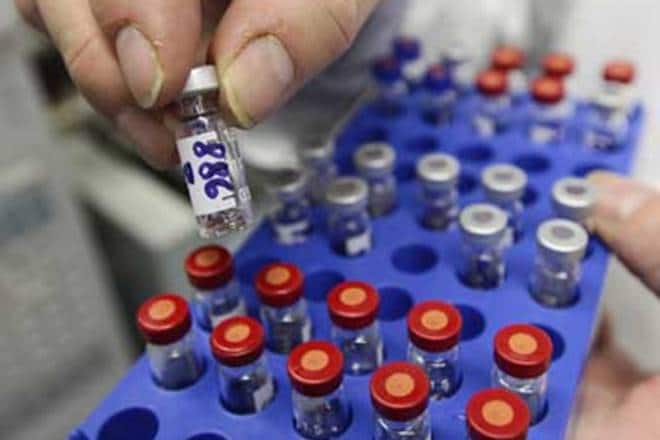 India has put in place a system for serialisation and traceability to do its part in ensuring the security of the global pharmaceutical supply chain. (Reuters)

Owing to large volumes of pharmaceutical products being traded across the globe, supply chain complexities have increased manifold over the years and given rise to issues concerning the security and authenticity of products. In response to such concerns, systems for product serialisation that will advance product integrity are being developed across the world.

India has put in place a system for serialisation and traceability to do its part in ensuring the security of the global pharmaceutical supply chain. The government began the process first in 2011 by appointing a task force for studying track and trace and examining various hardware and software solution providers. Subsequently, draft notifications regarding the track and trace procedure for goods marked for the export market were taken out by the Directorate General of Foreign Trade (DGFT).

However, given the nature of complexity involved in this matter, there is still confusion in the market among both Indian and global companies related to implementation of the DGFT requirements. This confusion is causing supply chain disruption for pharmaceutical products exported from India, and that disruption is expected to increase unless adjustments are made. In particular, importing countries with their own serialisation requirements (eg, the EU, the US, Turkey, Korea) face the greatest risk of disruption.

Also Read
Realty bytes
Data Drive: Rocky ride for NBFCs
Have the markets turned around?
Enabling young India to realise its dreams and reshape the future

To promote better understanding and discussion of the implementational challenges, ICRIER’s Health Policy Initiative and RxGPS, Washington DC, co-organised a stakeholder workshop on March 3, to initiate interactions around drug serialisation and traceability requirements in India and internationally.

Concerns related to export requirements and lack of harmonised global requirements for barcoding were discussed. For example; India has mandated specific numbers that must be used as the initial digit of a Global Trade Item Number (GTIN). On the other hand, global standards implemented in dozens of countries allow the manufacturer to determine the initial digit. Such inconsistency creates labeling confusion and causes system errors, resulting in the distribution of Indian products being stopped. For effective implementation of global serialisation, several stakeholders suggested that GTIN allocation should conform to GS1 Global Standards and the DGFT could allow the manufacturers to assign their own indicator digits and register the product master data in DAVA portal.

At present, serialisation requirements for the primary and secondary packaging levels are not applicable on drugs exported to countries which have their own serialisation requirements. In such cases, manufacturers must obtain written approval from the Indian government to avail themselves of this exemption for each of its products. However, a number of stakeholders were of the opinion that for greater efficiency, such exemptions should instead be issued on a country-by-country basis. Also, the DGFT should publish and maintain a list of countries that have mandated or formally notified its intention to mandate barcoding requirements. The confusion related to packaging level terminology is challenging for product exported from India to a country that has its own serialisation requirements due to lack of clarity with regard to what qualifies as “tertiary” packaging under the Indian requirements. It was proposed, the “tertiary package” should be considered the highest level of shipping container for export. To increase compliance with respect to the regulatory requirements, numerous revisions to improve DAVA portal’s functionality were proposed for NIC. These include segregating the portal interface for exports and domestic product; eliminating pricing information field, or at a minimum, permitting the field to be left blank; eliminating the requirement to upload product photos; preventing a company’s data from being visible to other companies, among others.