Dismantling cane economy will not be painless, shift crop to drip irrigation 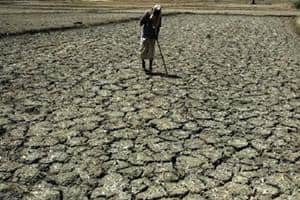 Maharashtra government has sent a proposal to the World Bank seeking a loan of USD 600 million for a water conservation project to be implemented in about 20,000 drought-hit villages of the state (Reuters)

Opinion-makers, from agricultural economists and academics to environmentalists, have blamed sugarcane for aggravating the water shortage in Marathwada. But the view is contested. ‘I reject the hypothesis,’ says Venkat Mayande, during a conversation in Pune. Mayande was vice-chancellor of Akola’s Panjabrao Deshmukh Agricultural University till 2012.

How can 2.1 lakh hectare (ha) of cane cause a shortage of water in Marathwada’s 64.8 lakh ha geographic area, of which 46.12 lakh ha is cultivated, he asks. Mayande was member of the committee on balanced development of Maharashtra regions headed by former finance secretary Vijay Kelkar. He had written the chapter on Marathwada. The report was given to the state government in October 2013. It was tabled in the state assembly last December. Its recommendations are being reviewed by a panel of lawmakers.

Cane’s critics say it needs 2,500 mm of annual rainfall. Marathwada’s normal precipitation is a little less than 700 mm. Last year, it got 412 mm. For Mayande, it is not annual rainfall, but the water availability that matters. Cane is grown selectively near dams, rivers and ponds, he says. A native of Latur, which is worst hit by the current water shortage, Mayande appreciates the two-decades-old cooperative sugar mill movement for bringing prosperity to the region.

For BB Thombare, president, Western India Sugar Mills Association, ‘it is a misconception that sugarcane needs more water than other crops.’ According to him, cane consumes 15 million litres per hectare over one year (25 million litres is Mayande’s estimate). With drip irrigation, the consumption falls to 7.5 million. Flow meters installed at Thombare’s sugar mill complex showed cotton and chickpea drawing as much water over a shorter period.

Few will believe that cane is as frugal a water user as chickpea, but flooding certainly over-irrigates it. While shooting a television documentary last year, we met Sanjeev Mane Ashta of Sangli’s Valva taluka. His entire cane crop was on drip even though the western Maharashtra district is watered by the Warana and Krishna rivers. Astha’s elders believed more water was better, but this sank them deeper into debt. With water and fertiliser supplied through drip, the roots get aerated and nutrients are applied as needed. With practices like culling tillers or shoots emerging from the parent plant, Astha’s yield per acre had risen from 86 tonnes in 1995 to 116 tonnes. He had 5,100 WhatsApp followers when we met him. They were all aiming at 150 tonnes per ha. (Theirs is an 18-month crop).

While the cane economy of Marathwada cannot be dismantled without much pain, shifting the crop to drip irrigation will help. With the water saved, 15 lakh additional hectares can be given protective irrigation, says Mayande. Pigeonpea has seven flushes, but flowers wither during dry spells lasting more than 15 days. Protective irrigation in this period can raise yields three-fold from the current one tonne per ha. Government policy will have to change to facilitate this. Why should farmers take better care of pigeonpea if they do not get fair prices?

In place of soybean, Mayande suggests maize as an alternative. Soybean productivity has stagnated after more than a decade of high yield due to heavy nutrient mining, he says. Soybean depletes the soil because it has a voracious appetite on account of high protein and fat content. And soybean is sensitive to prolonged absence of rain or an excess of it. Maize is also a short duration crop and a more efficient converter of solar energy. Demand for maize is aligned to rising GDP, because food habits change as incomes rise, from cereals to animal proteins. Maize, being a feed crop, has huge demand from the poultry and dairy industries.

Parbhani University has suggested alternatives which are as profitable as cane but use less water, like mulberry and potatoes. Safflower, an oilseed, is suited to the region’s soil and climate. Because the plants are thorny, manual harvesting is difficult. The university has developed a device for mechanised harvesting.

Marathwada has no major rivers. It will have to depend primarily on watershed development. The region has 49.85 lakh ha of potential area for watershed development but hardly 8 lakh ha has been treated as such. The structures have not been created to arrest the run-off of rainfall to recharge aquifers. The cultivation practices have also not been aligned. If crops are grown across slopes and along contours, the flow of rainwater can be slowed to enhance percolation. Instead, one sees officials chasing targets. Farm ponds and open wells are indiscriminately sunk to meet quotas without regard to their location for maximum harnessing of rainwater. Black soil silt settling in the wells makes them useless in about five years.

If the Godavari and other minor rivers were dammed, 10.76 lakh ha in Marathwada can be brought under perennial irrigation. The dams in existence do not irrigate all the 4.13 lakh ha they are meant to, because they hold less water or the channels to take water to the fields are not fully in place.

The Kelkar committee has recommended a New Command Area Development Authority (N-CADA) headed by an agricultural engineer to manage the release, distribution and use of water from dams. It would have agronomists, economists and other specialists as members. Based on water available, they would decide the crops to grow. Extension workers would guide farmers into growing them.

CADA currently is an appendage of the irrigation department. It has little authority. The irrigation department is the domain of engineers, who do not understand crop water use. Farmers do not know when water will be released or what crops to grow. During a field visit, Mayande says his committee members saw water in a canal but 15,000 ha of rabi sorghum (jowar) dying.

Droughts will recur in Marathwada. Their adverse fallout can be minimised. The solutions are there. An enlightened and competent leadership can ensure less pain the next time around.

The author is editor of http://www.smartindianagriculture.in