Don’t write SEZs off – Here is why

The current policy of integrating existing coastal SEZs into the overarching plan of coastal development under ‘Sagarmala’ can lead to a turnaround for SEZs. 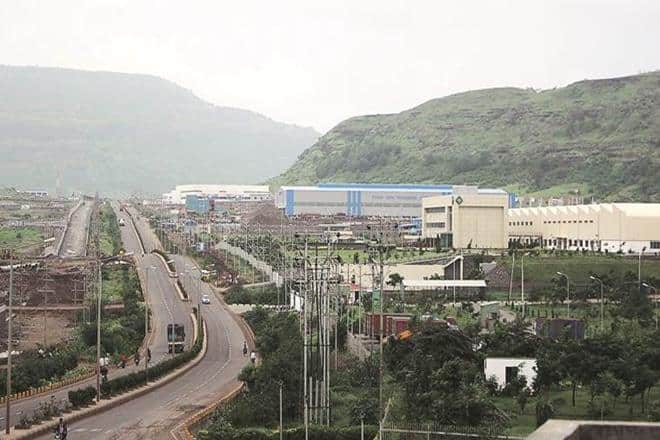 The current policy of integrating existing coastal SEZs into the overarching plan of coastal development under ‘Sagarmala’ can lead to a turnaround for SEZs. (IE)

Special Economic Zones (SEZs) in India have not been as successful as their counterparts in many other countries. Several Asian economies, particularly China, Korea, Malaysia, and Singapore, have greatly benefitted from these zones. Examples of shining Asian SEZs are not limited to the well-known ones like Shenzhen in China, Incheon in Korea, East Coast Economic Region in Malaysia, or Bintan and Batamin in Indonesia, developed closely with Singapore. Other less-known, but nonetheless well-performing prominent SEZs from Asia include Subic Bay Metropolitan Authority in Philippines, Payam in Iran, Jebel Ali in UAE, and, closer to India, Chittagong in Bangladesh. India’s coastal neighbours—Bangladesh, Pakistan, Sri Lanka and Myanmar—are actively working on SEZs for making them key elements of their industrial development strategies.

India, of course, does not need to necessarily emulate what its neighbours are doing. But, it must ponder why the country that built Asia’s first SEZ—at Kandla in Gujarat, more than five decades ago—has not been able to use its SEZs as well as several other countries in Asia have. India’s success in pushing ahead on labour-intensive and export-oriented industrialisation could have been much more had it been able to have a handful of robust SEZs. As evidence suggests, these zones have not only generated exports, but have had positive spillover effects for the rest of the economy by abetting activities connected to themselves, like urban and retail developments.

The subdued performance of SEZs in India cannot be due to their limited number. Apart from the 18 zones developed by the central and state governments before the SEZ Act of 2005, more than 200 such zones have come up since. India has more zones than most other SEZ active countries. But why haven’t these zones been able to match their Asian peers?

Most of India’s new generation SEZs came up not for exporting, but for avoiding taxes. Large fiscal sops, in the form of a bunch of reliefs from central and state taxes, lured developers into building SEZs. The rush commenced after the SEZ Act of 2005, and the announcement of SEZ rules in early 2006. Fiscal sops have been parts of SEZ developments almost everywhere in the world. In India, however, the sops were unleashed onto an industrial landscape where businesses were seeking relief from a large gamut of indirect and direct taxes. SEZs were a panacea for avoiding taxes for a good number of years at a time when Indian tax systems had begun weeding out exemptions.

The best example of the tax avoidance ‘pull’ of SEZs is the large number of IT zones that have come up in India. Many of these simply relocated from Software or Electronic Hardware Technology Parks for continuing to enjoy tax exemptions. For many SEZ developers, exports and employment were secondary to avoiding taxes.

This is, of course, not to argue that tax exemptions are unnecessary for SEZs. These zones need to be fiscally incentivised for encouraging exports. But, in the Indian economy, selective incentives, like those for SEZ developers and producers, can quickly turn perverse, as they did for many zone builders.

At the same time, SEZs became ‘villains’ for a system desperately trying to shore up its revenues. Revenue foregone at a time when progressive fiscal disciplining had begun in the economy for improving public finances hardly made SEZs adorable for central and state economic managers. It’s hardly surprising that advocates of fiscal discipline became the strongest critics of SEZs. Tax administrators didn’t lose opportunities of getting back at them. The biggest example is the Nokia SEZ at Sriperumbudur, that shut down following tax disputes with both the Centre and the state government.

But, the lacklustre performance of SEZs is not due to their being looked at as ‘tax havens’. They could still have delivered the goods, particularly the manufacturing SEZs, which, unlike IT zones, did not have relocation as a proximate cause for rushing into SEZs. Most manufacturing SEZs in India have performed below par due to their poor linkages with the rest of the economy. Weak connections of coastal SEZs with their hinterlands inhibited these zones from utilising their full potential.

The few SEZs that have done well, such as the Sri City in Andhra, have benefitted from strong multi-modal connections they have with the hinterland. These connections are essential for lowering logistics costs and increasing export competitiveness.

The Asian evidence on SEZs points to the great importance of supporting connectivity. It is inconceivable for these zones to take off as isolated islands of excellence just on the basis of fiscal sops. Lack of adequate connectivity ensured that India’s SEZ rush, in the middle of the last decade, was met with scant success. However, SEZs can still recover and perform.

The current policy of integrating existing coastal SEZs into the overarching plan of coastal development under ‘Sagarmala’ can lead to a turnaround for SEZs. Sagarmala’s focus on back-end connectivity with the hinterland is what many of these zones desperately need. If units in SEZs are provided comfort from the nagging GST issues that exporters are encountering, manufacturing SEZs can make a comeback.

The author is senior research fellow and research lead at the Institute of South Asian Studies, NUS