”This is the swamp of unconstitutionality, and unwisdom, into which the ECI and the voter will be cast if this linking proceeds as proposed. 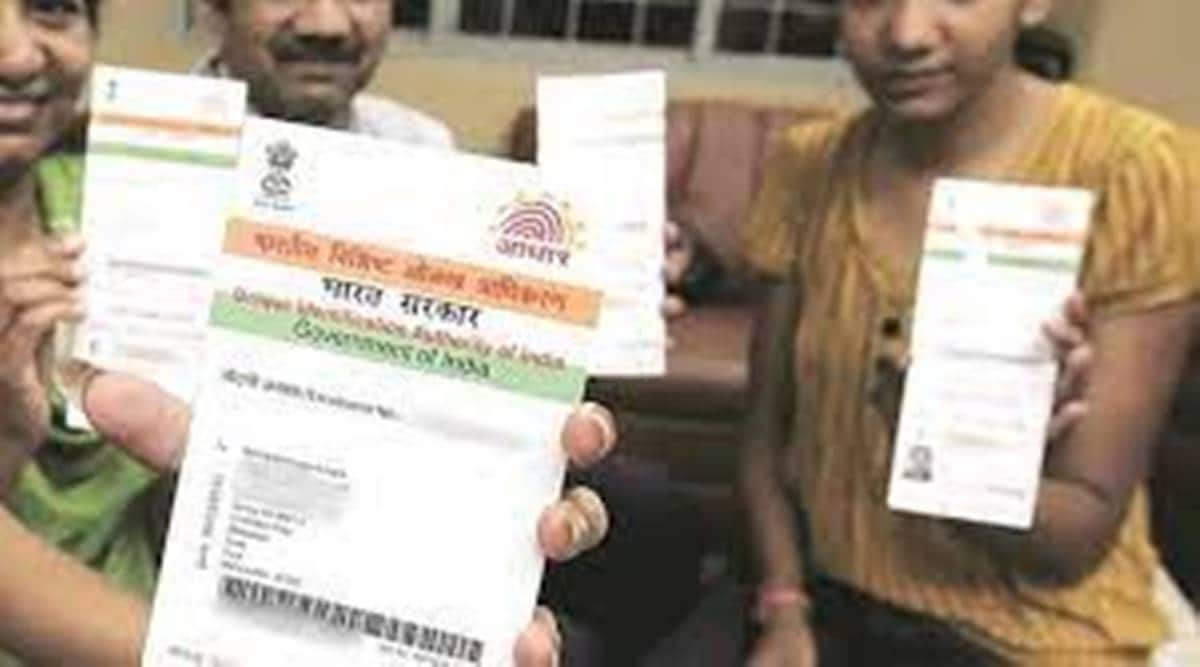 It was a structure designed to “boost the digital economy” but “had become captive of the government.”

The linking of the voter database with the UID database must bewilder anyone who has watched the progression of the UID project. It has been plagued by exclusion, fraud, leakage, biometric failure, insuperable barriers to updating the information on the database, and ‘civil death’. Attempts to link voter ID to UID in Puducherry and Telangana revealed voter manipulation and voter deletion.Also, there is reason to be concerned about the quality of data in the UID database. To explain: In 2009, the UIDAI set up two committees—the Demographic Standards Committee (DSC) to suggest what personal information should be collected during enrollment, and the other on the adoption of biometrics.

Drawing on the DSC’s recommendation, the UIDAI pared the information to name, date of birth, gender and address, making the entry of parents’ names, email address and mobile number optional. The biometrics committee reported that fingerprints alone may not be enough for de-duplication, and, at the insistence of the UIDAI, cautiously said that iris could be adopted as a second biometric, but after studying if it will work.

The caution went unheeded, and iris was taken on board even as the UIDAI candidly admitted that “there is a lack of a sound study that documents the accuracy achievable on Indian demographics… In fact, we could not find any credible study assessing the achievable accuracy in any of the developing countries … The ‘quality’ assessment of fingerprint data is not sufficient to fully understand the achievable de-duplication accuracy.

”In January 2011, the TAG-UP Committee chaired by Nandan Nilekani, who was then the chairperson of the UIDAI, explained that they knew that the UIDAI database was bound to have errors. “As the saying goes, ‘garbage in, garbage out: an IT system is only as good as the data it consumes,” the report reads. “The system design should have a self-cleaning mechanism. For example, the UIDAI proposes to authenticate the identity of a resident based on data they have provided during enrollment. The system is self-cleaning, because it is in the resident’s interest to ensure that the system has correct data, in absence of which he cannot authenticate his own identity.”

The Election Commission of India (ECI) provides a study in contrast. Where the UIDAI leaves enrollment to private operators who get paid for each successful enrollment, the ECI engages staff to reach out to people and verify their information before issuing an election card. Unlike the voter ID, the ‘letter’ that communicates the UID number to the individual, and which is now being passed off as the ‘Aadhaar card’ is without even a signature of an official under whose authority the number is issued. Where the ECI does periodic updating of the electoral roll, including deleting names where a person has ceased to be at an address, the UIDAI has given itself no role in ensuring accuracy of data. There is no sign that the UID database has been audited.

Is the ECI seriously going to allow their electoral database to be linked with such a deeply problematic database?At the root of the problem in linking the UID and voter ID databases is a constitutional issue located in Article 324 of the Constitution. This article leaves no doubt that the ECI is constituted as an entity independent of the government. The Election Commissioners’ term cannot be curtailed except by impeachment. The government is bound to provide the resources that the ECI requires in the conduct of elections.

The ECI imposes a Code of Conduct on parties. Its constituency is the voter, and its task is to ensure a secret ballot and free and fair elections.The UIDAI, on the other hand, is under the control of the Union government. Section 50 of the Aadhaar Act, 2016 makes this plain: The UIDAI “shall, be bound by such directions on questions of policy, as the Union government may give, in writing to it, from time to time.” And “the decision of the central government, whether a question is one of policy or not, shall be final.” Section 48 gives authority to the Union government to “supersede the (UIDAI) for such period, not exceeding six months” where it is “of the opinion” that, among other reasons, “the UIDAI has persistently defaulted in complying with any direction given by the central government….

”While the Centre holds these powers over the UIDAI and the UID database, the Data Protection Bill (DPB) carves out an exception for the Centre; and the UIDAI has told the Standing Committee on the DPB that they too should be exempt from the provisions of the law. In the meantime, in the Aadhaar 2.0 Conclave held between on November 23-25, 2021, speaker after speaker expressed their indignation that the UIDAI had been “appropriated by the government”. It was a structure designed to “boost the digital economy” but “had become captive of the government.”This is the swamp of unconstitutionality, and unwisdom, into which the ECI and the voter will be cast if this linking proceeds as proposed.

The writer works on the jurisprudence of law, poverty and rights