Doklam standoff: How to safeguard borders; here is where India stands

What do reports on India’s defence preparedness say? 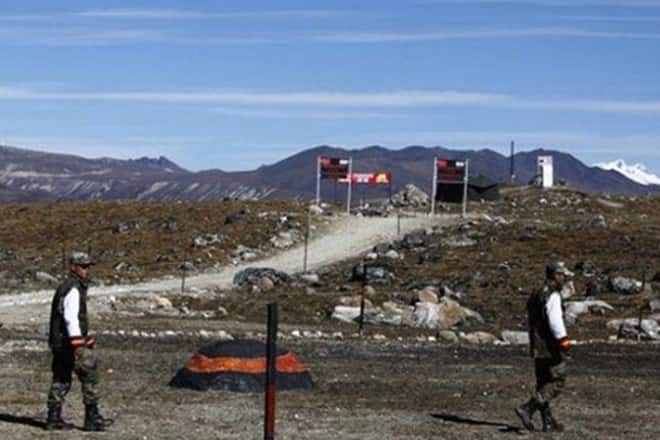 Against the backdrop of India’s and China’s continued standoff at Doklam and Chinese media branding India as an aggressor, India’s defence preparedness to safeguard its territorial sovereignty assumes significance. (PTI)

Against the backdrop of India’s and China’s continued standoff at Doklam and Chinese media branding India as an aggressor, India’s defence preparedness to safeguard its territorial sovereignty assumes significance. The recent CAG report “Ammunition Management in Army” highlights that the reserves of 40% of varied types of ammunition of Indian Army are below critical limits. When India is facing a major threat on its border, the CAG’s dismal evaluation of the army’s war wastage reserve is a cause for concern. There is critical deficiency in quality ammunition supplied by the Ordnance Factory Board (OFB) since 2013 and 55% of ammunitions were found to be below the Minimum Acceptable Risk Level (MARL). There is also shortage of fuzes and tardy progress in procurement of ammunition despite sanction under the Ammunition Road Map by the ministry in 2013, and 40% ammunitions have a stock of less than 10 days.

In another report tabled in the Lok Sabha, the CAG said the strategic missile system Akash, to be deployed on the China border at six designated sites between 2013 and 2015 at a cost of Rs 3,619 crore, was not installed due to delay in execution of civil works. Of the 80 missiles received in 2014, 20 were test fired and 30% failed the test, fell short of the target, had lower than required velocity, and there was malfunctioning of critical units. The ministry needs to ensure better synchronisation of activities and agencies. Against the requirement of 108 autopilots projected by the IAF in 1997 for 108 Jaguar aircraft, only 35 were procured between 2006 and 2008, and the repeat contract for 95 autopilots was concluded in 2014, and only 18 autopilots could be integrated on the Jaguar aircraft as of March 2017. The vital components of the integrated autopilots were malfunctioning, so the flying aid capability envisaged by the IAF for Jaguar remains largely unrealised even after 20 years. Then there was a lack of spares due to delay by the IAF in signing maintenance support contract with the OEM. Lastly, over 70% of under-vehicle scanners (UVS) installed at IAF bases were non-functional and not upgraded.

Report of the Standing Committee.

The Standing Committee on Home Affairs, under chairperson P Chidambaram, submitted a report “Border Security: Capacity Building and Institutions” on April 11, 2017. The committee examined a number of issues including border infrastructure, outposts, fencing and floodlighting. It observed that reduction of construction of 509 outposts along the India-Bangladesh and India-Pakistan borders to 422 outposts in 2016 would not reduce the requisite inter-border outpost distance to 3.5km. In 2016, only 97 outposts could be completed of the 326 outposts sanctioned along the Bangladesh border. The slow completion rate of border fencing along the India-Bangladesh border (21 km of fencing in 17 months since July 2015) needs to be addressed on a priority basis to enable India to seal its border as targeted by March 2019. The fencing in the Thar Desert becoming ineffective due to shifting sand dunes needs examination by a technical expert committee to find solutions, taking a cue from the US-Mexico border fencing. The committee noted that some borders, including in the Jammu region and Punjab, and along the India-China and Nepal borders, had poor road accessibility. As the Border Roads Organisation was unable to implement these projects, a JV with a private company would be set up. The committee commented that Assam Rifles was not a dedicated border guarding force for India-Myanmar border and the government must finalise a dedicated force for this border.

India has a 15,106.7-km land border with Pakistan, China, Nepal, Bhutan, Myanmar, Bangladesh and Afghanistan, running across difficult terrains and climatic conditions, and a 7,516.6-km coastline, including 5,422.6-km coastline in the mainland and 2,094-km of coastline bordering islands. The coastline borders fall in nine states and two Union Territories. Coastal states must be outfitted with marine police stations, jetties, boats, vehicles, etc, for counter-terrorism. As there is no single unified authority to coordinate the operations of National Investigation Agency (NIA), Intelligence Bureau, Multi-Agency Centre and National Security Guard, setting up of the National Centre for Counter Terrorism (NCTC) must be revived. More than a year since the Pathankot terror attack, the investigation has not been completed by the NIA. The NATGRID must be made operational as planned by September 2018. Border management must ensure regulation of legal and illegal immigration, safe movement of authorised people and goods, and prevention of illegal cross-border activity and terrorism. Of the three types of land border—international borderline (IBL); line of control (LoC) or de facto border with Pakistan; and the disputed line of actual control (LoAC) with China—multiple initiatives have been undertaken by the government, including construction of roads, radars, intelligence gathering and integration from various intelligence agencies. In line with the principle of “one border, one border-guarding force” followed by the government, the BSF is deployed at the Bangladesh and Pakistan borders, the ITBP is kept at the China border, the Sashastra Seema Bal is posted at the Nepal and Bhutan borders, and the Assam Rifles is deployed at the Myanmar Border. The Indian Army protects the LoC and LoAC. Coastal borders are secured by the Indian Navy and Coast Guard, with the State Marine Police acting as second line of defence. There must be increased surveillance and effective monitoring at the highest level to enable the multiple agencies to share right intelligence inputs for taking timely and appropriate counterinsurgency measures. Effective border management must focus on prevention of cross-border criminal and terrorist activities.