Dissecting economic slowdown: Get wiser about consumption to push growth up

The reasons could be a combination of higher tax rate on ‘luxury’ goods, subdued ‘animal spirits’ from stagnation/volatility/erosion in value of real estate and stock markets—the main wealth vehicles—and negative sentiments from overzealousness of tax authorities as well as recent increase in personal income tax. 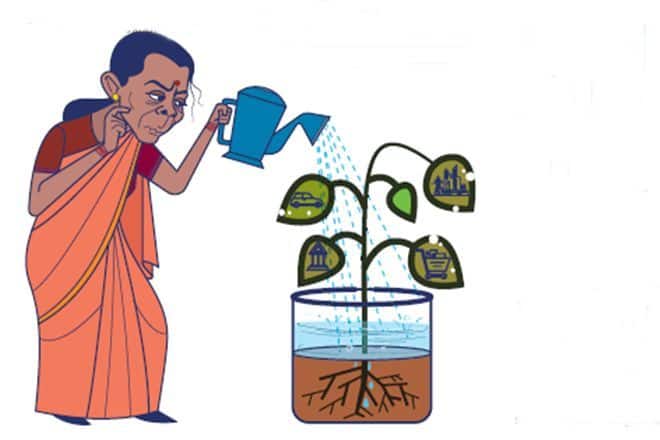 The government has taken steps to address many of them, the latest being the bold move to cut corporate tax to promote investments.

These days I am often asked, “As a consultant, what is your prognosis of the current situation and expectations of the future?” My answer on the future is simply that in the long term, growth is driven by only two things: right demographics, and productivity improvement. On the former, there is no debate. On the latter, there are open questions. Reform agenda to harness the combination of entrepreneurial energy, new skills and industrial technologies, competitive factor markets, enabling infrastructure, and supportive regulatory regime are critical. The NDA government has continued the reform process, and the recent corporate tax cut is the third radical economic reform after IBC and GST (which, I agree, are still works in progress and needs fine-tuning). The Competitiveness Index recently released by the World Economic Forum placed India at number 68—a fall of 10 ranks from last year, which shows much work still needs to be done.

This article is not about the future, but the present, of what ails the economy. Experts have offered many reasons behind the slowdown, ranging from NBFC credit squeeze, risk averseness of bankers, high deficit (including off-balance-sheet debt) with falling savings rate squeezing out private investments, negative sentiments from overzealousness of tax and enforcement authorities, and stressed balance sheets of infrastructure companies to slowdown in real estate sector from combination of demonetisation, GST, and RERA. And, I am sure others reasons can be added to this list.

All these explanations are right, with different degrees of impact. The government has taken steps to address many of them, the latest being the bold move to cut corporate tax to promote investments. But, as some observers have pointed out, many of these measures are focused on stimulating the supply side, and will need a longer timeline to deliver benefits. We have to stimulate consumption, which contributes to just under 60% of GDP and is the biggest driver of growth in the short-term. This has become a bigger imperative as slowdown in domestic consumption is not being compensated by increased growth in investments and exports. And, given some of the challenges outlined earlier and the unsettled state of the global trading regime, a rapid upturn in these two drivers of growth seems challenging in the short-term.

To develop effective policy options for driving demand, we must first understand what is happening to it. Here, we find an interesting pattern unfolding which can get obscured by media headlines unless we de-average carefully. For example, the headlines have been indicating the dramatic and continued slide in automotive sales and its impact. There is absolutely no doubt that addressing the short-term challenges of India’s biggest industry is critical. The government has responded with several steps, like higher depreciation and removing ban on government vehicle purchase, to reverse this slide. Lower interest rates should also help. But, to me, the more interesting ‘data’ to note are anecdotes which suggest that sales of small-ticket mass consumption products—like glucose biscuits or bicycles—have fallen, and production volumes cut. This suggests that even mass consumer goods that were least impacted during earlier economic slowdowns are hit along with sectors like automotive this time. Surprisingly, at the same time, many higher-end brands across consumer categories continue to show robust growth. For example, in skin-care products, like moisturisers and body lotions, premium brands are growing much faster than mass brands. Similar patterns are observed across product segments ranging from shampoos to mobiles, and even alcoholic beverages. In motorcycles and cars, entry-level brands are de-growing at a faster pace than premium brands.

Clearly, there seems to be differential slowdown of demand across categories, and inside a category. To understand root causes for slowing demand of even small ticket price mass consumption products, we have to de-average the income pyramid and consumption patterns, and understand and separate the historical shift in consumption pattern from the short-term impact of economic slowdown for effective policy interventions.

A decade ago, the discussion on consumption growth in India was all about ‘Next Billion’ (NB) households, i.e., households emerging from the lowest income segment, and starting their consumption journey. In 2010, the NB households and the next higher income segment (BCG calls them Aspirers) drove 60% of the total consumption, and were growing the fastest. Fast forward ten years, today, this share has fallen to around 40%, and in another decade, will fall further to below 30%. On the other hand, the consumption share of the top two income segments (BCG calls them Affluent and Elite) will have increased from less than 20% to slightly below 50%. So, clearly, the consumption pyramid and growth rates are undergoing a radical long-term transition. Higher income segments are driving growth, and will do so in the future. We have to understand this when we plan the duty structures on goods and services, and label some as luxury and others as mass.

The big question in the short-term is why has mass consumption demand slowed down faster than this shift in consumption pyramid should suggest. Now here, I offer a hypothesis for consideration as I don’t have enough robust data to back it up. My logic has three parts. First, while we have seen an average per capita growth of over 6% over the last few years, most of this has gone to the upper income segments of Affluent and Elite; NB and Aspirers have seen slower-than-average income growth. Second, the households in these lower income segments have been hit the hardest from the impact of demonetisation and GST as many of them would be engaged in the informal and SME sectors, which, reports suggest, have been badly affected. Combined with recent NBFC credit squeeze, the consumption of households in these two income segments has slowed down faster than the average. And third, this demand gap has not been compensated by the higher consumption (higher consumption rate * higher priced products) of the Affluent and Elite households.

The reasons could be a combination of higher tax rate on ‘luxury’ goods, subdued ‘animal spirits’ from stagnation/volatility/erosion in value of real estate and stock markets—the main wealth vehicles—and negative sentiments from overzealousness of tax authorities as well as recent increase in personal income tax.

That brings me to my key conclusion. If we want to pull the consumption growth levers, we need to understand this de-averaged view, both the root causes of the short-term behaviour, and the long-term shifts. We have to design and target policy interventions differentially to make them effective, and not simply go with the more convenient option of a one-size-fits-all strategy. What that could be is something that I leave to the judgement of our policymakers.