In almost every crisis, we miss the boat; we enter the scene only when damage has been done. Then we do everything to salvage the optics. Such optics-management is worrisome. 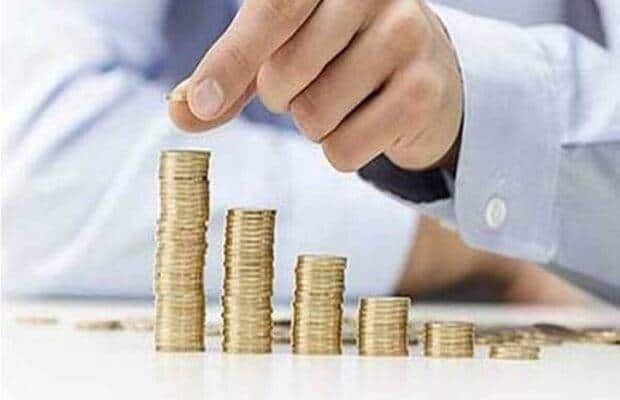 Almost every Hindi (or any other major Indian language) film of the 1970s had a fistfight scene, invariably during the climax. Surely you can relate to this article, even if you were born much later than that!

Cut to the critical ‘dishoom dishoom’ climax scene in any potboiler Indian film; there would be a fight where the hero would be bashed up by the villain and his gang of hoodlums. The hero would look like he was hanging onto the very thread of his life; of course, add few shots of the heroine screaming for help in between. Or even add the ‘Ma’ sentiment by showing the widowed mother of the hero, crying of sheer helplessness. Yet, suddenly, he would find the energy, stamina and strategy to beat up the villain and henchmen.

You could predict the next important scene in most films—that of the police jeep siren and the convoy arriving near the hero. Then the cops would take away the villain and his gang.

Cut to the 21st century. Capital and debt markets have their own fancy mood-swings. Markets roar and crash and investors react. Companies err in following rules and regulations. Commit small as well as larger systemic issues. Then we react. Consumers struggle with not-so-clear sales processes; whether it’s a small financial product issue (under the guise of financial illiteracy) or food quality not being enforced or regulatory oversight issues across any other industrial sector. Consumers and customers alike struggle with cost and time to fight back for their rights. And we again merely react.

The point is simple—in almost every crisis we miss the boat, and we enter the scene only when damage has been done and it’s a full blown crisis by then! Then we do everything to salvage the optics. Such optics-management is far worrisome, as it hinders the concept of justice and presumes that everyone else is at fault, just to prove a point. Some might derive comfort not from the above example of Hindi films, but from the humdrum that the run-up to a great Indian wedding event generates. Almost until the final moment, every logistics seems unprepared and still work-in-progress.

Regulators want to find something that others don’t see easily. And they want to see it first and to still have the time to act on such a discovery. In today’s interconnected markets, a small issue in debt markets can erode investments held by pension funds, mutual funds, insurance or pension funds, corporate treasuries and retail investors. It is critical that technology is used to link all of these and that can happen only if data governance is of impeccable standards. If everyone uses same data-format, it is traceable and data veracity can be demonstrated.

Globally, regulators have increasingly been looking to big datasets (including structured financial data, payment transactions, unstructured granular data including from the internet) and analytics to provide new insights, enhance quality of their risk assessments and forecasts. Over 70 countries have adopted XBRL as standard data format for data governance, while in India we have bits and pieces of this adoption, and are yet to leverage its full potential.

Globally, policymaking is generally moving at a slow speed compared with the exponential growth of the Fourth Industrial Revolution space; especially in digital, finance and technology (DiFiTe), policymakers, lawmakers and regulators have a large challenge ahead of them. Despite all the efforts to close the gap, these stakeholders seem far-out from the digital capability and potential use and misuse of it.

Globally, old-school regulations have time and again proven inadequate; suddenly we wake up to that reality and call for action when there is a new crisis. And so shall we have another committee to check on the need to strengthen the existing regulation. Presumably by the same set of ‘experts’ who missed seeing the previous crisis. And another committee of experts and industry advisors (whom we assume are without any bias or links to any vested interests) will gladly suggest draft changes which will be tabled for public feedback. Which again would be a tick-mark in the SOP for making such a regulatory change. And finally we shall have the changes proposed, by when it is too late for it and some other issue would have cropped up for regulatory change. Sounds familiar, isn’t it?

We need proactive institutional change management, better regulatory and supervisory upgrades constantly. Here is where RegTech and other digital-enabled real-time systems could help. This can make regulatory supervision as preventive and proactive rather than post-event policing.

Most of our institutions are hierarchy-based, than knowledge-led. Also, they are built for precedence-based effort, than being disruptive-economy-ready.

In terms of the nation boasting younger demographics, our institutions are not willing and/or ready to have younger leaders. While the concept of work experience and employer-employee loyalty was measured in decades in the past, now for many sectors it’s about how soon can that experience or even lack of it be used for output-impact. So the conventional way we recruited for institutional capacities and capabilities has to be seen afresh, with the lens of having relevant contemporary experience and to blend it with institutional knowledge bench. Since when is there a direct or positive correlation between human-age and emotional maturity and leadership skills?

In today’s gig economy and knowledge workforce world, we need to rethink our out-dated views on lateral hires in regulatory institutions. Globally, it has been observed that cross-pollination of talent between regulatory bodies and industry entities has added value to all the stakeholders. While many regulatory talent after their retirement move to private sector advisory, the same allowance is not given for private individuals to move to regulatory offices as lateral hires.

To help our institutions with talent and leadership, we cannot have delays in appointments to the various institutional roles, more so in leadership capacities.

While we expect the corporate sector to proactively do succession planning and preferably even expect them to announce the successor months in advance, it might be useful to institute this rule as a mandatory one for our official institutions. Why do we leave the appointments to last date or, worse off, keep the role empty for a long time? Especially when the vacancy due-date is known much in advance; in a nation of over 1.3 billion people, are we that woefully short of talent?

The author is Corporate advisor and independent markets commentator

Next Story
From Plate to Plough: Harvesting solar to breathe easy