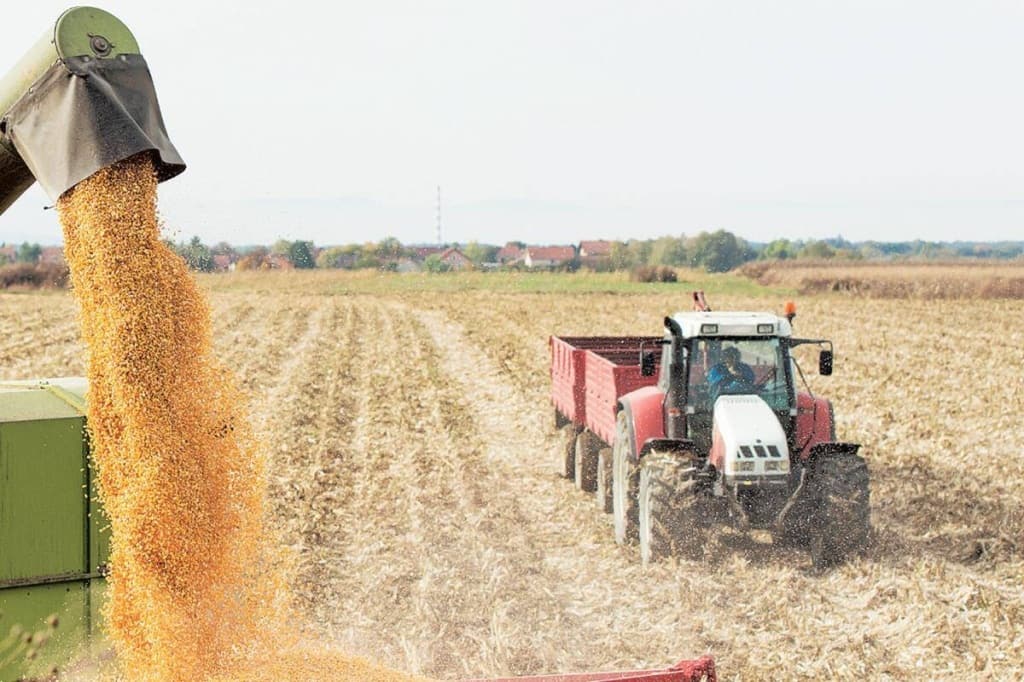 The risk of payment defaults is a real danger in remote trades.

Online trading platforms are creating a unified countrywide market for agricultural produce, which is the avowed purpose of recent central legislation. They have got a boost from the Farmers’ Produce (Trade and Commerce) Act enacted in September, which exempts produce sold outside the physical confines of regulated market yards from payment of mandi cess and other charges.

Apart from keeping transaction costs low, these platforms are extending the reach of farmers and their collectives beyond their geographical areas, while assuring them of payments and helping buyers get the produce they need.

“We use data analytics to drive our recommendation engine”, says Nukul Upadhye, co-founder of Bijak. A start-up, which commenced operations in April 2019, it specialises in fruit and vegetable trades.  Eighty per cent of its expenditure is on technology—engineers and data scientists. “If we can create an algorithm that mirrors real-life market behaviour, we would count that as a success”.

Data science is helping Agribazaar provide advance information about crop damage and likely yields for buyers to plan their supplies, says Amith Agarwal, its CEO and co-founder. He says late rains this year damaged soybean in Madhya Pradesh, but the crop was good in Maharashtra and traders on the platform were prompted accordingly. If a buyer wants produce of a particular attribute, say sharbati wheat from Sehore, they can place buy quotes and his platform will try to fulfil the requirement. If buyers want traceability of produce all the way to the farm so they can rule out injudicious use of pesticides that too can be arranged.  Agarwal believes services like these will make his platform, operational since May 2017, popular.

Though the electronic National Agriculture Market (e-NAM), which the prime minister launched in April 2017, has an early mover advantage, inter-state sales have not taken off to the extent expected, says Neelkamal Darbari, managing director of Small Farmers’ Agribusiness Consortium (SFAC), which manages e-NAM. Unlike a face-to-face exchange, remote trading happens on the basis of certified quality. The mandis must have assaying facilities to grade produce based on parameters like moisture level and admixture like pebbles. Not all the 1,000 mandis on e-NAM have these facilities, and even those are not well utilised.

Bijak is relying on the ranking of buyers and suppliers to address the issues of deficient quality and payment defaults. Fruits and vegetables which have a short shelf-life don’t lend themselves to elaborate quality checks, says Upadhye. Quality, which falls short will show up as a discount to the invoiced price paid by the buyer. Consistent deficiencies will affect a supplier’s ranking. If a buyer defaults or delays payment, it will show up in their ranking too. Suppliers will avoid buyers with low ranks and vice-versa. This is better than trying to enforce payments, which is time-consuming and costly.  Upadhye says most of his buyers are institutional entities or traders who do about a hundred transactions over 60-90 days. Frequency of that kind helps create robust ranks.

The risk of payment defaults is a real danger in remote trades. At the regulated mandis, commission agents are held responsible and can lose their license for defaults. At Delhi’s Azadpur mandi traders prize their goodwill as it helps them get produce from various states on credit. Defaults are rare, says a former secretary of its marketing committee, asking not to be named as he is employed in another department of the Delhi government. But, many mandis fall short in trust quotient.

Anurag Yadav of Mahmoodpur Kirat in Kannauj district’s Chibramau tehsil says he would lose a few lakh rupees every year. He has a cold storage and is a ‘loader’ or supplier of potatoes to destinations in eastern Uttar Pradesh and Bihar. The wholesale buyers, he says, try to gain confidence by being prompt in payments initially and reneging on them eventually. He used to keep a mark-up, including risk premium, of about RS 20 per bag of 50 kg or Rs 6,000 per truckload of 15 tonnes. Now, he says he works on a margin of Rs 5 per bag or Rs 1,500 per truckload as there have been no defaults on trades executed through Bijak.

Devraj Singh Jurel, the president of a farmers’ producer society in Agra district’s Khandoli village is a grower and seller of potatoes. A post-graduate in mathematics, he seems to have a social bent of mind. He says he lost `3.5 lakh in a consignment of potatoes to Gulbarga. On Bijak, he has faced no defaults. In the case of one consignment sent to Gurgaon near Delhi, the buyer did not pay, but Bijak made good the amount, he says.

Agribazaar requires suppliers to keep 90% of the purchase value in escrow with it. This is released when buyers accept the goods. Payments are settled within two days. Bijak does not have an escrow system. Upadhye says his intention is to create an ecosystem that disincentives bad behaviour and rewards trust. This can help more people trade with confidence even without relationships of trust.

Buyers on e-NAM are at a disadvantage as it is a network of regulated markets. They have to pay charges and fees which can be as high as 8.5% in Punjab mandis on wheat and common rice. On basmati, the rate is 3.5% there. Commission agents in Delhi’s Azadpur mandi charge 6% as commission and one percent as mandi cess.

As trades outside these mandis are free of charges and fees, Darbari says, SFAC has floated a tender for another “platform of platforms” to network non-regulated market yards. It is planning on engaging a centralised agency for assaying and grading, which will operate with a combination of own and franchised facilities. Agarwal compares e-NAM and its offshoots to IRCTC. Just as the latter made online railway reservations popular, e-NAM can make digital trading a habit with farmers and traders.