Demonetisation: If Centre serious on black money, it should target political funding

The announcement by the prime minister on November 8, that currency notes with face-value of R500 and R1,000 will no longer be valid sent shock-waves. 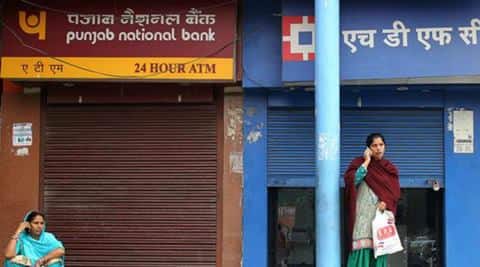 The announcement by the prime minister on November 8, that currency notes with face-value of R500 and R1,000 will no longer be valid sent shock-waves. The discussion on the difficulties and questions relating to selective demonetisation refuses to die down any time soon. This should have been expected as in an economy where over 96% of transactions are carried out in cash, rendering 86% of the currency useless with such sleight of hand cannot but plunge the economy into a chaotic spin. The people have been patient and enduring, but the question on everyone’s mind is: For how long? The prime minister, in his broadcast, had asked for forbearance for 50 days, but it remains to be seen whether normalcy can return by then.

Ostensibly, the measure was taken with the principal objective of curbing black economy, though other objectives like ending terror-financing and nullifying the counterfeit notes were also mentioned. While there cannot be any quarrel with the objectives, the two important questions are (i) whether demonetising 86% of currency in circulation makes a sound policy choice to achieve the objectives, and (ii) has the government taken into account the capacity of RBI to remonetise within a reasonable time period and of the banking system to implement such a policy.

As far as the first question is concerned, it must be said that selective demonetisation of the type undertaken is neither necessary nor is it sufficient to deal with the menace. First, the measure by itself will not have any impact on the incentives to generate black money and it does not deter earning illegal incomes and evade taxes. The principal sources of black economy generation in activities like political funding and election expenses, real estate transactions, construction, tax evasion and bureaucratic corruption will continue. It is argued that there will be additional policy initiatives to deal with the generation of black economy. If so, those measures should have been initiated first as they are independent of demonetisation and would have impacted on the process of generating black money and would not have inflicted pain and misery on the poor and vulnerable.

Second, the measure will not have much impact on the stock of black economy as not all currency accumulation is illegal and the overwhelming proportion of the black economy is either stashed abroad or held in real estates and gold and foreign currency. The White Paper brought out by the ministry of finance in 2012 states that, the extent of cash revealed in various search and seizure operations between 2006 and 2012 was 3.8-7.3%. The generous estimate is that only about 5-6% of the black economy is held in cash and only a small proportion of this may not find its way into the banks. It is reported that already over R11 trillion of R14 trillion has been deposited in the banks and the volume of invalid currency not coming back into the system is yet to be seen. Admittedly, there are stories about round-tripping by measures like surrogate accounts, laundering through the North-East route, converting by using paid labour and advance payments. The capacity of income tax administration to unravel these remains to be seen and surely, quite a few of the cases will end up in already overburdened courts.

If the government is serious about tackling the menace of black money, it should begin with cleaning political funding. The high moral ground taken by the prime minister will be amply justified if the ruling party throws open its books of accounts to independent audit and subjects itself to the Right to Information Act. In 2013, the Central Information Commission ruled that political parties are public authorities and yet, all the six national parties (except the Left) closed their ranks to violate the ruling by rejecting the right to information. The donations to political parties have continued to be opaque and the limits on election expenses are violated with impunity. The Election Commission has laid down the ceiling on election expenses at R70 lakh for a Parliament seat and R28 lakh for a seat in Legislature for the candidates, but there is no restriction on the spending by political parties. The Hindu estimated that, as against a declaration of R7,000 crore by candidates in the 2014 general election, the estimated expenditure was R30,000 crore.

Besides the reform of political funding, the abolition of the capital gains tax and reduction of stamp duties by the states to 3% will substantially reduce the black money generated in real estate transactions. Similarly, simplification of laws and procedures to reduce the discretion by bureaucracy will help a great deal in reducing bureaucratic corruption. The clearances required for construction abound. We keep reading about the huge corruption in defence purchases. We are well aware of the goings-on in the Medical Council of India and, despite the NITI Aayog revealing much that is wrong, the government is yet to act on it. The situation is not very different in the case of higher and technical education.

It is obvious that a shock-therapy of such a magnitude can be implemented with some measure of comfort by the banking system. Over 30% of the people employed in India are casual and contract labourers who receive their wages, and pay for purchases, in cash; they have been put to severe hardship, often losing their wages while standing in the queues. This has also adversely impacted trade, tourism, small-scale manufacturing and construction activities. The shock-therapy has come at just about the time when rabi sowing is in progress and farmers are finding it difficult to purchase seeds and fertilisers. It is estimated that remonetising about R12 trillion as against the prevailing R14.18 trillion at the present capacity of the printing presses would take not less than 175 days.

The release of the second quarter GDP shows that the economy has been virtually been stagnant and all sectors, except agricultural, have decelerated. In fact, the growth of Gross Value Added, which is a better measure than GDP, despite the better performance of agricultural sector in the second quarter has slowed down from 7.3% in the first quarter to 7.1% in the second. With the GDP growth during the first two quarters at about 7.2%, RBI’s forecast of 7.6% for the year can be realised only if the growth rate in the next two quarters averages 8.2%. With trade, tourism, small-scale manufacturing and construction activity coming to a standstill and with agricultural sector starved of cash for purchasing seeds and fertilisers for rabi sowing, the country’s GDP will decelerate significantly. At a time when gross fixed capital formation relative to GDP showing a decline from 32% to 29% and growth is primarily fuelled by private consumption, the selective demonetisation has hurt the growth prospects significantly in this quarter and the next.

Follow us on
Latest News
Switzerland to expand anti-money laundering regulations around cryptocurrencies
ManipalCigna Health Insurance’s ‘Health Ki Keemat’ stars brand ambassador Manoj Bajpayee
UN: 2 million children in flood-hit Pakistan missing school
US Fed expectedly hiked rate by 0.75%, here’s why the stock market close lower
Apple to launch iPhone 15 with Qualcomm modem; custom 5G chip not ready yet: Report
‘Arrest me if I have committed a crime, why question’: CM Hemant Soren after skipping ED summons
eRise announces expansion program, targets over 200 dealerships by December 2023
Photos
Heart-wrenching! Here is a look at Morbi and the suspension bridge that collapsed
3 days agoOctober 31, 2022
In Pictures: PM Modi in Kargil to celebrate Diwali with soldiers, says, ‘All of you have been my family for years now’
1 week agoOctober 24, 2022
In Pictures: PM Modi inaugurates Deepotsav in Ayodhya; World record set by lighting of over 15 lakh diyas
1 week agoOctober 24, 2022
Read More
×
Does the UN think there are ‘good coups’ and ‘bad coups’?
G20: India is ready for leadership role
Next Gen at Tata Trusts
Lula 2.0 can be a game changer
Premium
Towards zero stubble burning
Premium
One Bill to rule them all?