Demonetisation: For banks, agony of surplus liquidity higher than ecstasy of rising deposits

A lot has been conjectured of the ‘good’ that will happen. However, the reality has struck now when there is excess liquidity with banks and few avenues for deployment. 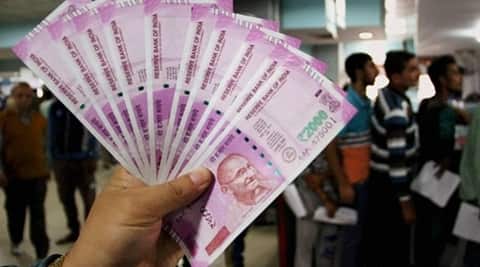 The scheme of exchanging old currency for deposits came as a breath of fresh air for banks, which saw their deposits soaring as households and business rushed to convert old currency after November 8. This has led to a sharp increase in bank deposits in an environment where bank credit is not growing rapidly.

A lot has been conjectured of the ‘good’ that will happen. However, the reality has struck now when there is excess liquidity with banks and few avenues for deployment. Much like the process of demonetisation, the situation appears more reactionary rather than planned, and banks find themselves in a tight spot.

There was ecstasy with deposits rising just at beginning of the busy season. Consumerism had shown strong signs in the period leading to Diwali and the good times were to come along supported by banks, which were running tight on deposits. In fact, RBI has been supplying funds through OMOs all through, and it is against this background that banks became ecstatic as deposits rolled in. Most households were in a panic mode and were just keen on getting rid of old notes safely and, hence, most of this money went into savings deposits.

The consequences were significant. First, banks automatically started lowering the deposits rates as they no longer had to wait for RBI to announce changes in the repo rate. This also meant that the lending rates could be reduced without a prod, which was a win-win situation for the system. The transmission mechanism became smooth under the compulsion of market forces. In fact, some sections of the market believed that RBI need not lower the repo rate in the December policy, as circumstances have already delivered the result unobtrusively. Banks were also pepped up as the G-Sec yields had crashed with the 10-years paper going down to 6.3% with sentiment providing a guidance of sub-6%. This meant there were capital gains to be had, which would prop up income and banks would be better able to manage provisioning for their NPAs.

Hence, while the first announcement of RBI spoke of around R5 lakh crore of deposits accruing to the system, the government spoke of R10 lakh crore by the end of December. These goodies definitely made banks less touchy about the inconvenience that they had to
go through.

The initial pain was in terms of dealing with the system and the public. Currency notes had to be brought and replenished in all branches and ATMs, which are still work in progress, but given the grand resilience of the Indian public, empty ATMs and branches devoid of cash no longer stir any umbrage. The nation carries on, keeping in mind the big picture. Bankers have worked overtime without any further compensation to make this work, which will be seen right through December and even in the succeeding months when all the numbers have to be reconciled. But this pain is minimal compared to what lies ahead.

The system does not have the capability of absorbing this much of money. We are in a situation where there are not many takers for credit as growth has just about started and got thwarted with the move of demonetisation. Producing units are struggling to make their business move ahead, facing a liquidity crunch, and hence production has gotten stalled in both manufacturing and services sectors. Retail loans have, by far, been the most buoyant with mortgages picking up during the year. Here an impasse has been witnessed as households are working out ways of meeting their payments, given the high cash component in such purchases. Further, there is expectation that home prices would come down once the system regularises, which, in effect, means that it makes sense to postpone purchases. Hence, demand for credit is low, and banks have a challenge of deployment.

The alternative is to go to the G-Sec market. But with the government sticking to the fiscal target, there will be no additional paper in the primary segment. Hence, the secondary market has been the target for banks. This led to the yields coming down sharply. But given that banks have been paying a minimum of 4% interest on deposits, a positive net return is what they would have wanted. The reverse repo window has been used widely to park these funds where the return could go to 6.25%, which would just about cover their operating cost to assets ratio of 2-2.5%.

However, RBI has limited G-Secs in its balance sheet, which is around R7.5 lakh crore, and in case deposits do shoot up to R10 lakh crore, it would not be possible to satiate the market. One option is seeking recourse to MSS bonds (market stabilisation bonds), which have been used in the past when money supply increased mainly due to the influx of foreign currency in the system leading to sharp appreciation in currency. But given the quantum involved (between R5-10 lakh crore ultimately if the target is reached and cannot be used for lending), this would push up government debt substantially. In fact, it will also add directly to the fiscal deficit, which is not acceptable.

Therefore, RBI has come out with this new measure of locking in liquidity on an ex-post basis through 100% CRR for all deposits between September 16 and November 11—i.e. before the demonetisation. This is a sharp blow to the banking sector as it involves R3.2 lakh crore, on which the cost would be at least R12,800 crore (assuming all are savings deposits) on an annualised basis, which would increase in case part of this amount has gone into term deposits. The revenue earning would be nil on CRR balances and, hence, is an inferior option for banks, which were hitherto putting these funds at 6.25% in the reverse repo window, thus earning around R20,000 crore on an annualised basis.

So, banks will be less gung-ho about this entire exercise as the agony of surplus liquidity, which is now reckoned not on net funds available (deposits minus credit) but only incremental deposits, is higher than the ecstasy of rising deposits. This is over and above the pain gone through for 50 days in enabling a smooth transition from old notes to new ones, which does not receive any remuneration. On the whole, it does appear that this exercise will be a negative picture for banks in case it gets prolonged for long and is not reversed soon.