Delhi Pollution: Here’s why Environment Authority must be given power to check crop burning 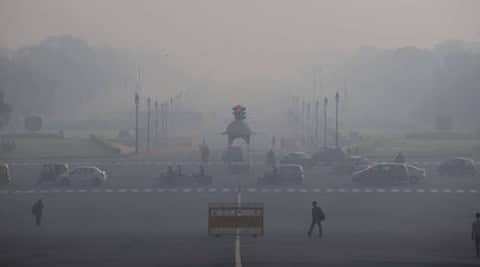 Thus, until the action plan itself is modified to give EPCA more teeth on checking crop-burning, the gap between action and intent could prove a costly one. (PTI)

Now that the Centre has notified the Environment Pollution (Prevention and Control) Authority (EPCA) that will oversee the implementation of the graded response plan to fight pollution in Delhi, the national capital, among other things, must brace for odd-even vehicle rationing should air quality deteriorate to the “emergency” level. The tools for intervention at the hands of EPCA, from being empowered to halt kiln operations, waste-burning, etc, in Delhi and adjoining areas, and the levels at which it can intervene—it will direct coordination between the states which will also have to report progress to it—make it seem like the fight against pollution in the national capital region may be comprehensive this time.

However, the graded action plan the EPCA draws upon was, worryingly, silent on measures against crop-burning in a Haryana or Punjab, which is a major factor behind pollution worsening in winter; the National Environmental Engineering Institute says crop-/stubble-buring accounts for 60% of the pollution in the NCR in the weeks before rabi sowing. Thus, while the EPCA can impose a measure of questionable gains such as odd-even, it can only exhort Haryana, Punjab, Rajasthan and Uttar Pradesh to ensure crop-/stubble-burning doesn’t happen even as the Central Pollution Control Board declares the crop-burning weeks a period of public health emergency. Thus, until the action plan itself is modified to give EPCA more teeth on checking crop-burning, the gap between action and intent could prove a costly one.

Also Read
Across the Aisle by P Chidambaram: Time for a re-set
Softening the inflation blow: Centre has done its bit on auto fuels, states must follow suit
Inside Track by Coomi Kapoor: Modi’s ‘campaign’ lessons for Amit Shah; ‘Hindutva’ battle between Thackeray and Fadnavis
Understanding the four Vs of operations management – volume, variety, variation and visibility