The golden jubilee celebrations of the Delhi High Court (DHC) warrant a more critical stocktaking. While the DHC does admirably well by some measures, a closer look at the court’s data reveals a mixed record of its successes. 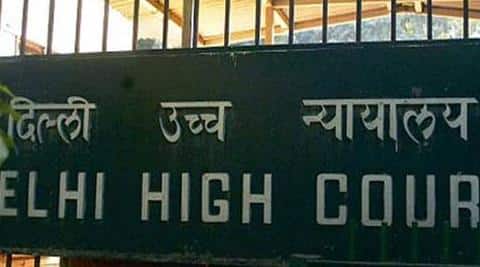 The golden jubilee celebrations of the Delhi High Court (DHC) warrant a more critical stocktaking. While the DHC does admirably well by some measures, a closer look at the court’s data reveals a mixed record of its successes.

Since its inception in 1966, the DHC has grown steadily on several counts. Keeping pace with the capital’s rising population and litigation demands, district courts under it have expanded to six, and its monetary jurisdiction increased tenfold, from R20 lakh to R2 crore. These measures have considerably improved justice delivery to Delhi’s litigating public.

In discharging its own judicial business, the DHC is unarguably one of the more progressive high courts in the country. Its bench composition has moved towards gender parity, with women currently constituting almost a third of the DHC’s judges (though half its sanctioned posts for judges lie vacant). The DHC has also seamlessly adopted technological solutions to address access and transparency issues, making case information easily available online. It was the first to launch e-courtrooms in India, and facilitate e-filing and e-payment of court fees, setting a good example for other high courts.

Notably, the DHC has also made sincere efforts to take stock of its own achievements and failures. It was the first high court to compile annual reports with statistics on its functioning, publishing the first report for 2006-2007. This happened only a few months after the Supreme Court launched its quarterly newsletter Court News, which is the primary source of empirical data for Indian courts nationwide. From their inception, DHC reports have contained far more granular data than Court News, and specified institution and disposal figures for different case types, pendency statistics, judges’ roster divisions, costs incurred per case, time available for hearing per judge, and so on.

Too good to be true?

But DHC’s institutional reports tend to paint a rosier picture than exists on the ground. For instance, they show disposal rates that consistently outpace filings. A large percentage of these filings are cases that are procedurally short, such as paroles, quashing of FIRs on the basis of compromise, or interim applications. Since these cases, by their relatively simple nature, can be disposed quickly, they often skew the total disposal rate upward. When we look at cases such as criminal appeals, that require a more thorough application of judicial mind, we observe long disposal times stretching into years. A forthcoming report on the DHC, prepared by the Vidhi Centre for Legal Policy, further suggests that many cases that appear to have been quickly-disposed, are in fact not heard in full, and are instead settled out-of-court, withdrawn, or summarily dismissed.

Since DHC’s own reports highlight aggregate numbers, they gloss over the true behaviour of some important case types and reflect a deceptively optimistic picture of the court’s efficiency. They also fail to reflect other endemic issues, such as inefficient and expensive processes, and exclusion of marginalised and vulnerable groups.

The first step in diagnosing areas for reform is recording raw data better, and making it publicly accessible, so that the DHC’s functioning can be properly analysed. In this, the DHC can follow the lead of its counterparts in Gujarat and Bihar. A case status search on the Gujarat or Patna High Court websites shows the entire case history in the same place, including filing and registration dates, all miscellaneous applications, orders passed, documents sought and received, etc. But the same search on the DHC website yields only rudimentary information such as party names, date of listing, and disposal status. Bad data management by courts makes it harder both for litigants to access the information they need, and for researchers to extract and analyse data.

Second, the DHC should make analysis in its annual reports more rigorous, one that can truly inform it while designing reforms. Regularity will help too. After only two reports, the DHC’s annual reports quickly turned into biennial ones in 2008, and since then, only two more have been published, the last of these coming out in 2012.

The lack of jurimetric analysis, i.e., empirical analysis of courts, is a nation-wide problem, no doubt because of how poorly records are maintained across courts. As a result, we often have only anecdotes and guesstimates to navigate the most critical problems with the judiciary. In estimating how many more judges we need, for instance, judges and news reports still rely on a figure of 50 judges per 10 lakh people, taken from a 1987 Law Commission Report. Not only is this figure outdated, but also unscientific, as the report itself admitted—the report merely cited the judge-to-population ratios in various countries, and proposed an in-between number for India. In recent years, the growing use of information technology in the Indian judiciary has improved data-collection and analysis, but we still have a long way to go.

Data-driven research is indispensable in trying to reform a system that deals with lakhs of cases. The DHC clearly recognises its significance, as it was the first high court to publish annual reports with granular statistics on its functioning. It should expand on this legacy of rigorously collecting and analysing court data, which opens up exciting possibilities for reform, helping courts allocate time and resources more efficiently. Granular data collection will also allow courts to assess the performance of its judges and help them manage their caseload. High Court Registries can discharge their administrative functions better, diagnose why cases get delayed, and empirically devise timelines for different case types. Such a task is especially urgent now, when past suggestions for reform have failed, and increasing vacancies and burgeoning backlog of cases is overwhelming the judiciary and litigating public alike.