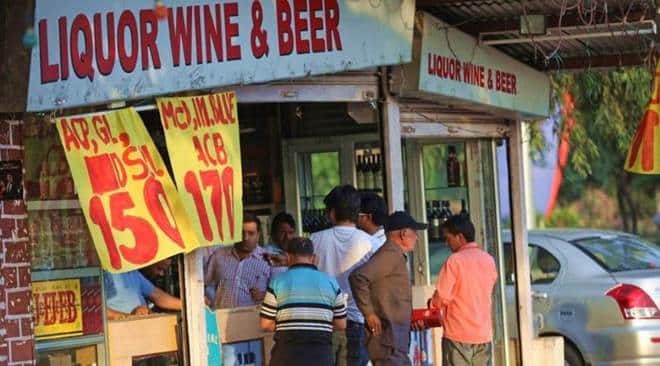 The business losses and the potential health/law & order ramifications may perhaps help the excise department sober up. (Reuters photo)

Call it a case of cutting off the nose to spite the face. The Delhi department of excise, entertainment & luxury tax, in a bizarre order, wants bar counters, whether at hotels/restaurants or bars attached to liquor shops, to dispose of the alcohol lying on their shelves un-exhausted or un-served within 3-8 days, depending on the type and price of the drink. The excise department believes that this would help solve the problem of adulteration/re-filling that can happen when bar counters don’t follow the “first in, first out” principle, and older, half-empty bottles are used for selling duplicate liquor under premium branding. However, the excise department has failed to see the extremely arbitrary nature of its order. For instance, if, as per the order, the bar counter must sell beer/wine bottles or their content within three days of the bottle hitting the shelf, or be forced to destroy it within seven days of the expiry of the ‘bar-life’, then there can be two possible scenarios. Either the restaurants/hotels or bars buy lesser of these, hitting both their margins and consumers, or limit offering to only those brands that see a high rate of sales, hitting consumer choice and diversity at the producer end. Alternatively, they must announce ludicrously attractive schemes to finish off the bottles, in which case, the order will mean nothing short of encouraging copious alcohol consumption. Apart from the law & order issues this could, potentially, create, the ramifications for public health are considerable.

The order states that IMFL and foreign liquor, whose MRP is up to Rs 1,500, will be deemed to have been consumed within five days of receipt from the liquor store, and IMFL and foreign liquor priced between Rs 1,500 and Rs 6,000 will have a ‘bar-life’ of eight days. Curiously, IMFL/FL priced above Rs 6,000 have been exempted. The business losses and the potential health/law & order ramifications may perhaps help the excise department sober up. Else, expect a boom for the rehab business or for bootleggers.