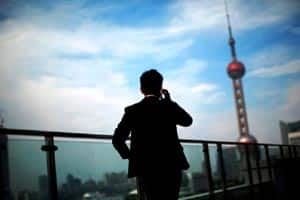 The Telecom Regulatory Authority of India (Trai) has issued its nine-page Consultation Paper on Differential Data Pricing, leading to much the excitement, speculation and concern with various stakeholders. Questions abound. Would Mark Zuckerberg’s Free Basics and Sunil Mittal’s Airtel Zero be stopped and compelled to go back to the drawing board? Who will be the beneficiaries of the suggested new approach? Would new kids on the block jump in with huge investments of hundreds of thousands of crores? Would much-needed investments be seriously threatened? Wouldn’t overall net tariffs rise, net adoption decelerate and Digital India get impacted?

To help understand the confusing scenario, we need to recall where we are today as regards data usage. It is known that data usage means internet and broadband usage, which is the critical foundation of all nine pillars of Digital India; thus this has to be accorded highest policy priority. Regrettably, 80% of India does not use the internet at all. The other three members of BRIC average more than three times the internet adoption in India. Our internet position is lower than even that of neighbouring countries like Bhutan and Sri Lanka. In the ICT Development Index (IDI), India ranks 129th of a total 166 countries. Moreover, India has the dubious distinction of being placed in the category of least-connected countries and 11 countries from Africa are ranked above India. Not only is our overall position in ICT development extremely low, the situation is exacerbated by the fact that there is an enormous urban/rural digital divide which is actually worsening.

We are in a catch-22 situation. Entrepreneurs are reluctant to start new internet-based businesses when online customers are limited due to low connectedness. On the other hand, in a price-sensitive market such as India, without businesses providing relevant information, content and services in local languages, potential customers are unwilling to invest in expensive data plans for their smartphones. There is thus a serious danger of getting trapped in a low connectivity equilibrium and slipping further behind other nations.

The priority is expeditiously expanding internet access to include the vast mass of unconnected and low net usage citizens. This is critical for the success of Digital India and for speedier economic development on an inclusive basis.
We have one of the most competitive telecom markets in the world and any tariff offering or pricing structure that boosts the internet ecosystem needs to be seriously considered, and not prejudged and forbidden through a blanket ruling on grounds of inapplicable apprehensions of discrimination. Such a ban would constitute a welfare-reducing measure of high concern by blocking a possible avenue for our less-advantaged citizens to move to increased economic growth and prosperity by harnessing the power of at least a portion of the internet. Research shows that developing countries of sub-Saharan Africa, the Philippines, Turkey, etc, that had already adopted zero-rating plans show more people connecting to the internet.

Differentiation is not discrimination; in fact, differentiation can be positively beneficial and consumer-welfare-enhancing, while discrimination is a negative concept and consciously harms certain segments. In tariff plans that are positively differentiating, no segment is disadvantaged through increase in tariffs, while some segments that are unconnected or poorly connected are facilitated access to at least part of the internet. There is no element of compulsion in such differential offerings nor is there any blocking or throttling. In such a situation, it would be bizarre for the connected ‘haves’ to demand the same benefits as the unconnected who are sought to be ‘included’ through special plans like Free Basics or Zero.

Even a developed nation like the US had its regulator FCC noting that: “Sponsored data plans (sometimes called zero-rating) enable broadband providers to exclude edge provider content from end-user’s usage allowances … evidence in the record suggest that these business models may in some instances provide benefit to the consumers, with particular reference to their use in the provision of mobile services … we are mindful of the fact that sponsored data plans have the potential to distort competition … new service offerings, depending on how they are structured, could benefit consumers and competition … we look at such practices under the no-unreasonable interference/disadvantage standard, based on the facts of each individual case, and take action as necessary.”
If a regulatory approach such as the above is appropriate for a high IDI nation like the US, in case of low-IDI India it would be exponentially powerful and beneficial to permit such differential tariff offerings, subject of course to a light and general regulatory oversight.

Who will make the enormous investments for improving ICT index of India? The nation needs humongous investments for enhancing its digital infrastructure. Telecom is the backbone of ICT and operators have till now invested over R7.5 lakh crore and are planning to plough in further R5 lakh crore in the next 4-5 years. Would they do it if there is high risk of heavy-handed regulation stopping their market-expanding and consumer-friendly tariff plans? Would the players potentially benefiting from the Trai-proposed regulatory approach have the track record or even undertake to make such investments to create expensive broadband infrastructure?

At our stage of development, we need to follow practical priorities rather than worry about inapplicable sophisticated regulatory philosophies. Our highest need is internet adoption and increased data usage. Whatever facilitates that needs to be embraced with open arms. Offering a little internet to those who have nothing (good differential pricing plans like Free Basics or Zero do) is surely better than keeping them excluded.

Rather than banning zero-rating, we should, like economist Diana Carew advised, adopt robust core principles for regulatory oversight of the system, such as transparency, non-exclusivity, local content, regular reporting from operators to facilitate ongoing evaluation and fine-tuning.

India’s data adoption policy needs to focus on real issues than hypothetical issues of discrimination. Richard Bennett rightly points out that “the government’s role is to create conditions that encourage private sector firms to invest, improve service, reduce prices and get more people online.” While government subsidies are surely unhealthy and need to be avoided, but where markets haven’t emerged, private players should be encouraged to compete through tariff subsidies to help markets get kick-started. Until we achieve Digital India, it would be wise to keep all internet economy-boosting options on the table.

The author is president, Broadband India Forum, and honorary fellow, the Institution of Engineering & Technology, London. Views are personal