How to save the Earth from climate change catastrophe 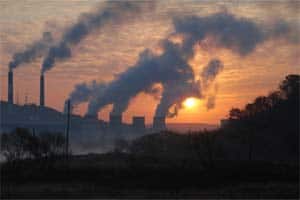 The researchers suggest that the impacts on net global wealth may not be that straightforward. In fact, they make the case that changes are more likely than not to produce an overall net loss in global wealth.

Climate change is real, and the need to acknowledge and jointly combat the clear and present danger our planet faces is critical. According to the book The World in 2050—which underlines scenarios from various research articles on climate change, pollution, trade and GDP on how the world would look like in a few decades from now—if unmonitored, the earth could be 4.9°C warmer in 2100 than it was in 1900. Such a rise in temperature could turn New Delhi into a desert, melt Himalayan glaciers and trigger a Third World War for remaining resources.

Our over-reliance on fossil fuels could cause sea levels to rise by 0.5 metres, submerging even large coastal cities such as Mumbai, and could lead to hurricanes destroying life in the littoral regions. The agriculture sector could face declines of over 15% in crop yields, and food security worldwide could be threatened.

Globally—especially in poverty-stricken developing and underdeveloped nations—human health could deteriorate, with the population facing higher risks of catching diseases that have been aggravated by the effects of climate change.

The havoc-wreaking emissions are significantly contributed by the rapid economic and population growth of emerging market economies (EMEs) such as our own; in 2011, India emitted 1.7 metric tonnes per capita of CO2.

Climate change poses not just an ecological, but also a fiscal burden on EMEs—with their GDP projected to be 6% lower than it would ordinarily be by 2100.

Global organisations have set targets to combat climate change, like the 2°C target set in the UN Copenhagen Climate Change Conference in 2009, establishing the need to reduce carbon emissions by 40-70% by 2050, and reach zero emissions by 2100. Bodies like the International Energy Agency (IEA) and OECD have adopted varying strategies to meet these targets: IEA’s preferred approach is the INDC (Intended Nationally Determined Contribution) Scenario which assesses action that needs to be taken after all countries meet their pledges, and also acknowledges a Bridge Scenario for adoption of near-term strategies. The OECD relies on the 450 Scenario, further analysed in terms of Core, Accelerated and Delayed possibilities. 450 Core begins in 2013, and aims at reducing greenhouse gas contribution by 450 parts per million of CO2 (450 ppm CO2e) by 2100. Similarly, 450 Accelerated seeks additional mitigation efforts until 2030, and 450 Delayed calls for action only post 2020.

However, as the book highlights, postponed efforts come at a price—an early transition could cost 25-33% less than delayed actions. Had EMEs started acting in 2012 to reduce CO2 emissions to 2005 levels by 2050, a 0.4% per annum reduction would be required, as compared to the 1.5% needed if they begin in 2030 to meet the same target by 2070.

If undertaken in time, these globally implemented precautionary endeavours will serve as an insurance against the inevitable advent of the planet’s biggest rival: climate change.