There are many reasons for rising tractor sales in eastern India. Due to the MGNREGA and inflationary pressures, the floor wage rate could be high enough for farmers to foresee the benefits of investing in tractors. Also perhaps the bumper rabi crop from the previous season handed farmers enough cash to invest in tractors 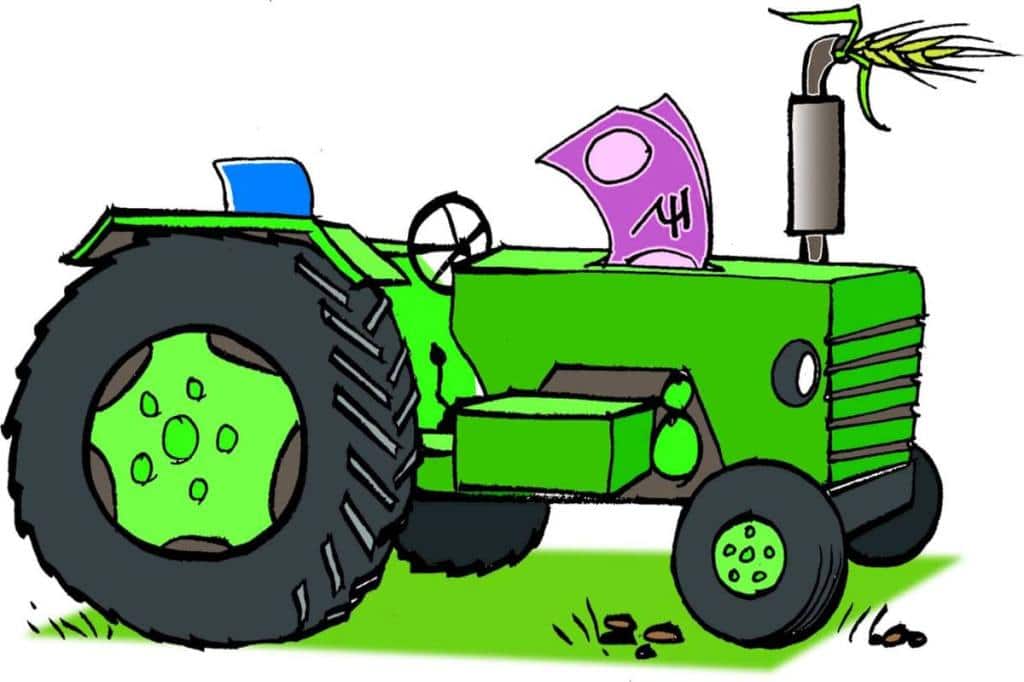 Agriculture and allied activity loans will not be eligible for the interest on interest waiver announced by the government last week.

By Varun Kumar Das & Vikash Vaibhav
The passing of the three crucial agricultural Bills by Parliament and the agricultural sector clocking a 3.4% rise in Q1 of 2020-21 brings agriculture again in the spotlight. As most of the sectors of the economy contracted and employment fell during the Covid-19 lockdown period, the growth in the agriculture sector during the first quarter has been quite impressive.

Following this growth and an above-normal rainfall this monsoon, there has been an increase in the kharif crop sown area compared to 2019—especially paddy and oilseeds. According to the latest available data from the Ministry of Agriculture and Farmers Welfare, till the week ending September 18, 2020, the paddy area sown stood at 406.97 lakh hectares this year, compared to 378.71 lakh hectares in 2019—a rise of about 7.5%. Similarly, oilseeds area sown grew by 10.5% to 196.8 lakh hectares.

In the meantime, there has been a substantial rise in domestic sale of tractors compared to last year. Data released by the Tractor and Mechanization Association shows that as the year started, during the first two months of January and February, the sale of tractors seemed usual (see graphics). Due to the lockdown and its associated hardships, compared to last year tractor sales in India fell by around 50% during the month of March and by 80% during April.

Also Read
Gold without glitter
Once a PSU, always a PSU
Any, many, or the best?
In debt to the social sector

The rise in tractor sales this year is quite puzzling. The reason is not because of increasing sales during Covid-19 times, but rather a regional pattern of this tractor sale. State-wise sales figures for tractors reported by the Federation of Automobile Dealers Associations of India show two significant changes (see graphics). First, there has been a record rise in sale of tractors in the eastern states, especially Assam and Bihar.

Tractor sales rose by about 163% in June in Assam and by about 123% in Bihar. Second, during the same time, there has been a dip in tractor sales in the two major agricultural states of Punjab and Haryana. There was a 51% fall in tractor sales in Punjab during June and about 17% fall in Haryana. While taking the average for the three months of June, July and August, we see this trend holds though less stark.

Tractors are usually labour-substituting technology. Tractors help in increasing cropping intensity and raising farm productivity. This growth in tractor sales in the eastern parts of the country is quite paradoxical as a large number of migrants returned from other western regions of India. In the current situation, with hardly any non-farm employment opportunities, these returning migrants provide a large pool of available agricultural labour.

Several plausible reasons could have led to this rise in tractor sales in eastern India. Due to the MGNREGA and inflationary pressures, the floor wage rate could be high enough for farmers to foresee the benefits of investing in tractors and other productivity-enhancing technologies, which happen to be labour savings as well. It could also be the fact that the bumper rabi crop from the previous season handed farmers enough cash to invest in tractors. Plus, the government’s thrust on providing easy agricultural credit along with the current bank moratorium due to the ongoing pandemic have made access to credit much easier.

Whatever the reasons may be, these developments are expected to have medium-term implications with opportunities for eastern states to develop their own agricultural base. States such as Bihar and Assam have low tractor density compared to states such as Punjab and Haryana. The rise in tractor sales would definitely help in raising agricultural productivity in these poorer states during this season.

Governments in these states need to be proactive in ramping up procurement and other supply chain facilities in the coming months; otherwise, this opportunity may be lost. A price crash from excess supply may be easily averted by making arrangements for export channels to other states where there may be chances of supply constraint.

Increase in availability of rural labour might lead to a fall in agricultural wages. This may aggravate the already skewed pattern of regional inequality in India. Given these important potential changes, state governments may be better off by infusing more funds into schemes such as the MGNREGA and building agricultural infrastructure. This may be in favour of these incumbent state governments, especially in Bihar, Assam and West Bengal, which are due to face the electorate in the coming few months. Good economics and good politics may not always be at odds.