Covid crisis: What next after the pandemic?

When the corona crisis ends, a return to the old normal is likely. To aid economic recovery, economic policy gaps revealed during the crisis must be addressed. 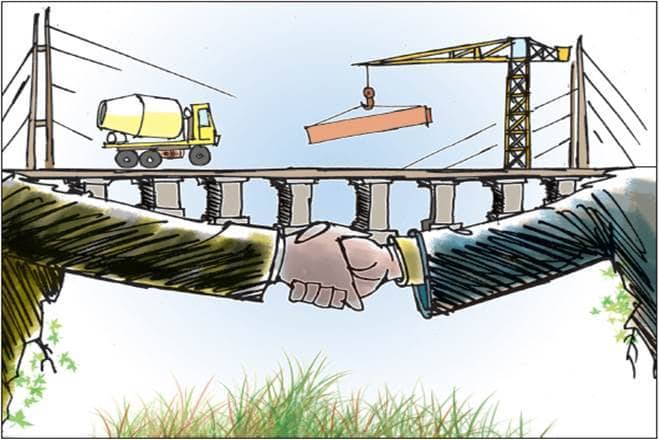 The Indian economy had been in growth recession for more than a year before Covid-19 struck in the first quarter 2020.

Across the world, the inexorable march of Covid-19, and its trail of death, has made any discussion of the present depressing. Different countries have made different mistakes and, since the crisis is not over yet and a second or third wave is predicted, this is no time to draw up a model response to pandemics for when the next one hits.
That, therefore, is why people are fashioning dreams about the future. There are dreams of a better world, more cooperative, less unequal, more humanitarian, cleaner, greener, etc. Yet, previous pandemics have not led to any big changes. The Spanish flu of 1918 did not change the world despite its mortality rate far exceeding that of the First World War. The Bolshevik Revolution had already happened and the fall of the Austrian, Russian, and Ottoman Empires were due to the war.

What is much more likely to happen, instead, is what happened post the 1918 flu. There was a deep desire to return to the Old Normal. Americans became frenzied in their desire to enjoy the Roaring Twenties. The British economy was so bent on getting back to the Gold Standard that it entered a long low recession in 1925, which did not end till 1932. The lesson is that there are things in the Old Normal to preserve and enjoy, and some to jettison.

The Indian economy had been in growth recession for more than a year before Covid-19 struck in the first quarter 2020. The reason was the dysfunctional credit market on both the banking, and non-banking sides. Despite the Insolvency and Bankruptcy Code, the cost of lending in India is very high given the ease with which debtors can drag out repayment, as experience has shown. The defect is in the judicial system, which is notoriously susceptible to delays and indecision. Attacking the problem through the angle of criminal investigation has not worked either. Whatever else the government does, it has to clean up the credit market if growth is to revive. Else, the high cost of lending, whatever the market rate of interest, will cripple the economy.

This is because the Indian economy has grown since 1991 and, now, private sector decisions on consumption and investment matter more than what the public sector does. This requires a change in thinking about economic policy. Fiscal policy is no longer the principal driver, only a device for speeding up or slowing down. A new way of thinking about the economy is required, one that sees the economy as private sector-driven, with budgetary policy being used strategically to speed up its pace, rather than change its direction. Statist thinking has to go.

There is also consistency required in government policy about foreign investment. India boasts about its Rule of Law in contrast to China, where the Communist Party acts like a bully. But, the government also behaves inconsistently, as we saw with UPA-2 on Vodafone. And, recently, arbitrary restrictions have been proposed on FDI from neighbouring countries. Everyone concedes that the state has the sovereign power to misbehave, but there is no need to show it as it only amounts to shooting oneself in the foot. Consistency of policy within each party’s tenure at the Centre, and, if possible, even when the party in power changes, would do immense good to India’s reputation as a home for FDI, as well as reduce the cost of raising funds abroad.

At the same time, the crisis has shown that the balance between the Centre and the states, in matters of resources, needs serious examination. The hit suffered by state finances due to the lockdown, shutting down of alcohol shops, and the general drop in GST collections requires looking into. The Centre must create a stabilisation fund for unexpected drops in revenue at the state level, be it in one state or many. A more drastic step would be to make the Finance Commission a standing body, to which states could take demands for emergency funding. This is more necessary now because with different parties in power at the Centre and the state, there is inevitably some suspicion of partisan treatment.

The big gap exposed in the economic condition of urban workers, migrant or local, has to be dealt with. There is no unemployment benefit, of course. But, in many economies in similar situations, such as Mexico, governments have devised what should be called temporary unconditional transfers (TUT). The `500 provided to women was a brilliant idea. A full scale universal basic income (UBI) is difficult because the benefits people currently received will be difficult to remove, even if UBI were introduced. But, a TUT for urban workers who are unemployed, say, for 100 days, as in MGNREGA for rural households, will go a long way in taking care of the most vulnerable.
Bigger dreams can wait .